September 22, 2020
Home Latest Michelle Obama surprised all with her appearance at the Grammys

Alicia Keys decided to get some help to kick off the Grammys and it drove the crowd wild.

The singer brought on fellow musicians Lady Gaga, Jennifer Lopez and Jada Pinkett Smith to start the show, but that’s not all.

Former first lady Michelle Obama surprised everyone at the Grammys as she joined these strong female performers on stage for the opening and had a few words to say as well.

The audience could not contain their excitement as their thunderous applause interrupted her but she was happy to wait and restart her speech.

“From the Motown records I wore out on the South Side to the ‘Who Run the World’ songs that fueled me through this last decade, music has always helped me tell my story, and I know that’s true for everybody here,” said Obama.

She went on to say, “Whether we like country or rap or rock, music helps us share ourselves, our dignity and sorrows, our hopes and joys. It allows us to hear one another, to invite each other in. Music shows us that all of it matters — every story within every voice, every note within every song, is that right ladies?”

Alicia Keys took the moment to follow up Obama’s speech cheering, “Who run the world!”

Post her appearance, Obama took to Twitter to reminisce in the moment and give a shoutout to Keys…

…while the internet was as shocked and overjoyed as the audience as they posted their reactions to Obama’s grand entrance. 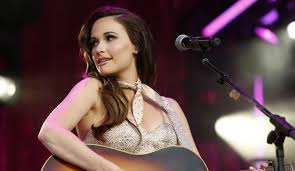 Women and rap triumphed at the Grammys on Sunday as female acts took home top prizes including album of the year and best new artist, and Childish Gambino made history when his hit T’his Is America’ became the first rap-based track to win record and song of the year.

Here’s a complete list of top winners at the 61th annual Grammy Awards:

Album of the year: Golden Hour by Kacey Musgraves

Record of the year: ‘This Is America’ by Childish Gambino

Song of the year: ‘This Is America’ by Childish Gambino and Ludwig Goransson

Best rap/sung performance: ‘This Is America’ by Childish Gambino

Best music video: ‘This Is America’ by Childish Gambino

Best rap album: Invasion of Privacy by Cardi B

Best urban contemporary album: Everything Is Love by The Carters

Best rock album: From the Fires by Greta Van Fleet

Best rock performance: ‘When Bad Does Good’ by Chris Cornell

Best Americana album: Brandi Carlile’s By the Way, I Forgive You

Best song written for visual media: ‘Shallow’ from A Star Is Born

by Dr Aziz Baig The Coronavirus, perhaps the deadliest in the last century that …