Yamga Wakhani Museum is a treasure trove of artefacts, pottery, musical instruments and various objects invented by or remained in use of the Mubarak Wakhani

Mubarakkadam Ibn Abdullo, popularly known as Mubarak Wakhani, was a multi-faceted personality — a philosopher, poet, musician, astronomer, art teacher, and Sufi (mystic) scholar — from Badakhshan, Tajikistan. Born in 1839 in a small village situated in the Pamirs, he is also called ‘Leonardo da Vinci of Yamga’ and died in 1903. His house in the village of Yamga or Yumgan has been declared a heritage and preserved as a museum which houses his calligraphic art, old skilled crafts, home appliances, and a huge collection of musical instruments. The house has a central heating and an artfully designed ceiling. 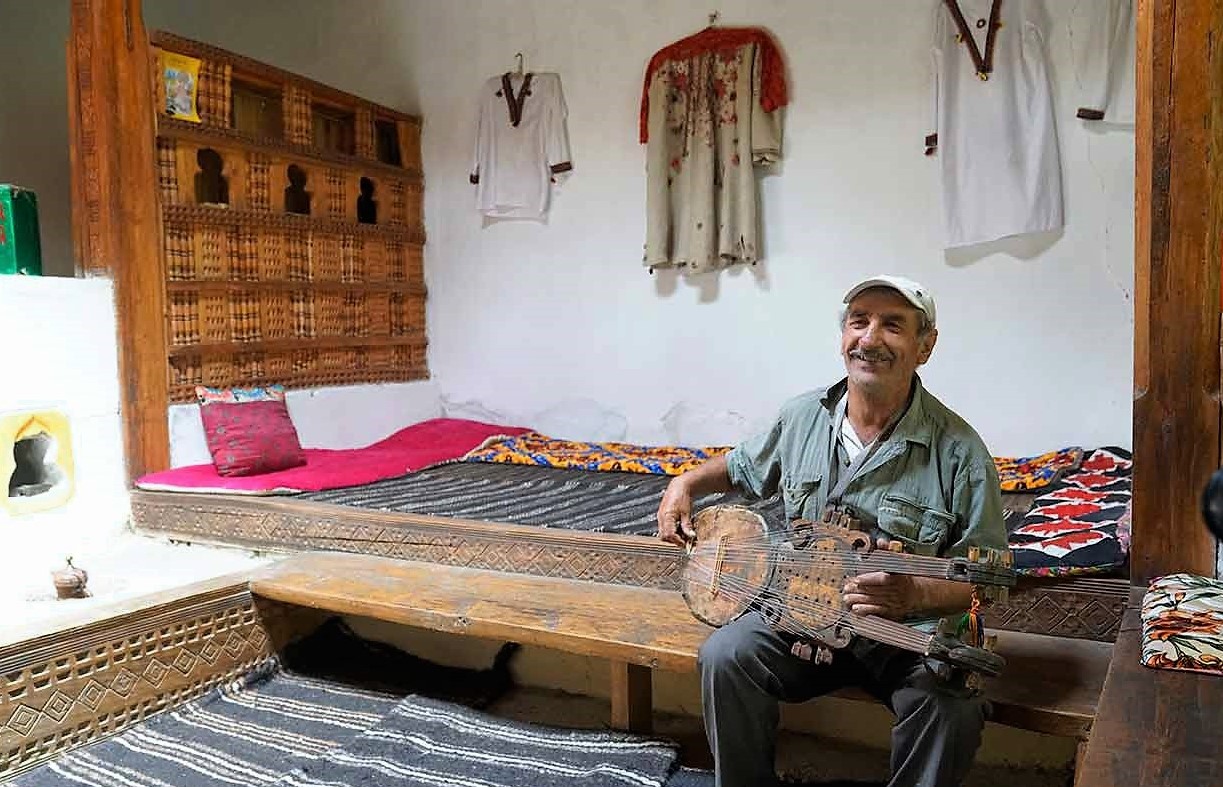 The most interesting object in the museum complex is a stone calendar that was made by Mubarak, to accurately determine the first day of the new year or Nauruz celebrated all over the world. The UN has declared Nauruz as world heritage as it unites millions of people from different faiths, cultures and ethnicity across Central Asia, Balkans, South Asia and the Middle East.

If the sun rays fall through a stone gate on the slope of the neighbouring mountain and through the hole in the stone in front of his house, then it’s time to celebrate the Spring Festival Navruz.

Sadly, the name of Mubarak Wakhani is hardly known in modern academic circles related to Persian and Ismaili studies. Despite his importance to Ismaili esoteric thought in general and the tradition of the people of the Pamir Mountains in particular, Mubarak has received only scant attention from modern scholars. One of the major reasons for his relative obscurity, according to scholar and writer Abdulmamad Iloliev, is probably the geographic location of his homeland and its socio-economic, political, and intellectual environment.

The book provides the first systematic presentation of the genius scholar. In the desire to establish an accurate biography of Mubarak and to render his often confused Ismaili-Sufi ideas as lucidly and coherently as possible, the book concentrates on assessing his life and thoughts in their historical and religious context. It explores how far Mubarak’s works represent the indigenous Pamiri perception of Ismailism and where he stands in relation to general Ismaili thought.

Likewise, through the study of the works of Mubarak, it seeks to explore the distinctive elements of Pamiri Ismailism, which itself is interesting, but a relatively neglected area in religio-cultural studies of the minor nations within the diverse civilization of Islam, in general, and the former Soviet Union, in particular.

For hundreds of years, people have called these highest mountains of the world as “the Roof of the World” or Baam-e-Jahan in High Asia region as the Pamirs is located at an elevation from 3 500 to 4,200 meters above sea level.

Pamirs is perhaps one of the few areas in High Asia where ancient ethnic and cultural peculiarities of the Pamiri people exist. Over the years, communities were isolated from each other by impassable mountain ranges, and developed into separate enclaves with different dialects and sometimes distinct or different languages.

Aidar is the director of the Wakhani Museum and plays some pieces on the old instruments.