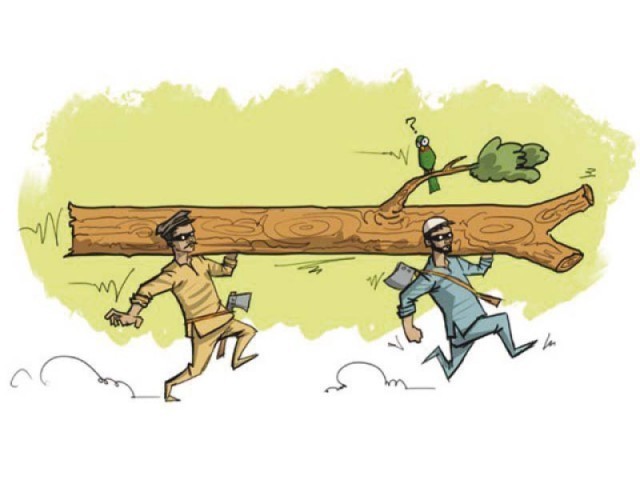 GILGIT: The National Accountability Bureau (NAB) has filed separate references against the officials of Gilgit-Baltistan Forest Department for violating the timber policy and inflicting Rs156 million losses to the national kitty.

They are facing charges of transporting illegally chopped timber from Minar Forest (C-10) and Makhley Forest (C-46) in violation of the Timber Disposal Policy, 2013, causing a loss of over Rs113 million to the national kitty.

The anti-graft watchdog Gilgit sub-office has also filed a reference in the accountability court against some other officials of the department.

District forest officer Saleemullah Khan, superintendent Fareedullah Khan and forest lessee Abdul Wakeel were arrested in November on charges of transporting illegally cut timber from the Chilas forest division without collection of fine in violation of the policy which resulted in a loss of more than Rs43m.

Surprisingly when they were arrested on November 5, 2017, the NAB had accused them of inflicting a loss of Rs225 million to the national exchequer on account of non-collection of fine.