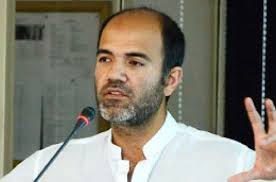 IT is undoubtedly true that Pakistan has been looted and plundered by ruling elites for the best part of its existence, that our collective history would read very differently if this looted wealth had instead been used to meet people’s needs, and that finding ways and means to arrest the use of public office for private gain is as pressing an issue as any other in our beleaguered polity.

The PTI made its name as the bastion of ‘anti-corruption’ — insofar as the party went to the electorate with a programme, it revolved almost entirely around this slogan. The result of last year’s general election can at least in part be attributed to the success of the anti-corruption campaign (even if one accounts for the alleged establishment-sponsored tricks that got the PTI over the line).

Imran Khan was the epitome of the anti-corruption ideal, and his party was depicted in his image — a genuine Pakistani hero who won us a World Cup, built a cancer hospital, and, most importantly, was untainted by a gory past of misrule.

Cue the reality of running elected government in Pakistan, and nine months later, there is more than a hint of desperation creeping into the body language of the previously hyper-confident prime minister. The question is: how long can he continue to bank on a one-point anti-corruption agenda, especially in the face of severe economic pressures and growing political opposition?

His speech on budget night — bizarrely broadcast at close to midnight — confirmed that the pressure is intensifying by the day. There was little about the economic situation itself — how can one depict a budget which will further tighten the noose around the necks of the toiling classes as benefiting ‘the people’ anyway? — and more of the by-now familiar hyperbole about the crooks that preceded him in Prime Minister House who have brought Pakistan to the precipice.

The commission’s ToR only extend to probing the last decade.

The punchline was the formation of a high-powered commission to bring the ‘thieves’ to account. But the terms of reference for this commission only extend to investigating the last 10 years. Which presumably means that Pakistan and its economy was doing perfectly fine until 2008, the year that Gen Pervez Musharraf was forced out of office.

In sum, our sitting prime minister would have us believe that an unelected military-led regime was better for the polity, economy and society at large than the two elected regimes that followed it. Perhaps we should not be surprised, especially given how similar in content and personnel the PTI government is to the PML-Q government that Gen Musharraf fronted.

Let us recall the last couple of years under Musharraf and the PML-Q: Altaf Hussain was undisputed Don of Karachi, enforced disappearances had been systematised as state policy in Balochistan, the junta’s own handpicked chief justice was being kicked out of office, and the economy was in a state of freefall after a few years of artificially high growth rates during which the IMF and its sister institutions had fashioned Pakistan into a laboratory for neoliberalism.

One does not have to defend the record of the PPP and PML-N governments that followed the Musharraf regime to refute the notion that Pakistan’s crises — especially economic — are only a decade old. Put simply, Pakistan’s fundamental structural imbalances continue to be swept under the carpet. Quite aside from the public resources that have been pocketed, from the very beginning, by entrenched elites, the huge and perennially growing gap between our income and expenditure is reflective of a perennial war economy.

The prototypical nation-state certainly experiences periods of war and conflict in which the citizenry is asked to sacrifice for country, but this is legitimate because peace and its dividends for ordinary people are the end goal. Pakistan’s his­tory does not con­form to this sta­ndard pattern. We started receiving aid for military purposes from the US as long ago as 1954, which our then rulers also depicted as necessary for our national security.

Between 2002 and 2010, we received approximately $19 billion of aid from the US alone, three-quarters of which was specifically designated for the so-called war on terror (mostly under the guise of the Coalition Support Funds). It is telling that the PTI government would rather not remind the public of debts incurred before 2010 — after all, ‘military aid’ always has to be paid back.

In short, Prime Minister Khan should definitely investigate how we have accumulated so much debt in recent times, but we already know at least part of the answer: we take loans to support the security apparatus. Take out the interrelated heads of defence and debt-servicing and our fiscal capacities look a lot better. So how about a speech which educates the public about our real structural crises? At the very least, put Musharraf on the list of those to be held accountable.