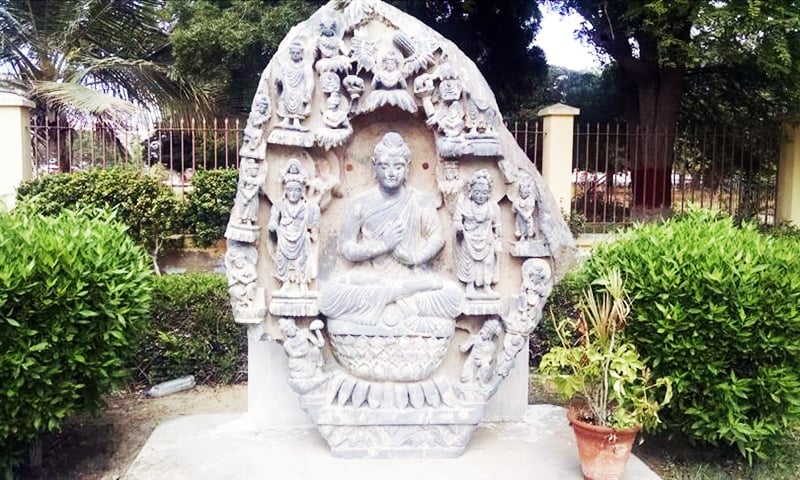 Pakistan has been facing a vulnerability of losing its rare artifacts since long as the government has no record of antiquities stolen or smuggled out of the country, experts and officials have warned.

The country is situated in a region that had been home to the centuries-old civilisations like Mehrgarh, Indus Valley, and Gandhara.

Pakistan hosts scores of archaeological sites — dated back to 8,000 years — many of them revered for not only the followers of the world’s three major religions — Buddhism, Sikhism and Hinduism — but also from some pre-historic religions such as Aryan, Barhaman, and ancient Iranian and Greek religions.

However, the country has failed not only to preserve and protect its corroding architectural treasure by the ravages of time but also to curb the widespread theft and smuggling of ancient artifacts.

Balochistan — home to 8,000-year-old Mehrgarh civilisation and Khyber Pakhtunkhawa — which hosts 70 per cent of the sites in the country sacred to Sikhs and Buddhists — have long been suffering from illegal antiquities trade.

“Pakistan has already lost an uncountable chunk of its repository of ancient artifacts in recent decades through a systematic process of theft and smuggling,” Yar Jan Badini, a Quetta-based archaeology researcher told Anadolu Agency.

“This has not only caused a colossal loss to the country financially but has also made it harder for anthropologists to tell us about the lives of people who lived here,” Badini added.

Last week, France returned some 445 stolen artifacts to Islamabad including ancient busts, vases, urns, bowls and goblets with an estimated value of $157,000, according to the foreign ministry.

The rare artifacts dating back to second and third millennium B.C., were stolen and smuggled from Pakistan to France and seized by French Customs at Paris Airport during 2006-7, the ministry said.

Experts see a nexus between organised smuggling rackets and the government officials apart from lack of awareness among the local communities, and tribal feuds as key reasons behind the theft of antiquities, which according to him goes still unabated.

“In addition to Mehrgarh, Balochistan is filled with archaeological sites from Zhob district [in the north] to Gwadar [in the south]. It’s smugglers and their local facilitators who have been engaged in illegal excavations right from Zhob to Gwadar with impunity,” he said.

“I have personally seen our stolen and smuggled artifacts in several European museums. But we have no proof and will to get them back. One cannot believe that this all could happen without connivance of our concerned government authorities,” he maintained.

“Local people [around these sites] are mostly illiterate and gullible. They have no idea about the worth and importance of the artifacts, which are later sold out against thousands of dollars in the international market,” he went on to say.

Local chieftains also allow excavations in their respective areas against some amounts or for fake archaeological surveys having no idea what would it cost the country.

Also in KP — once known as the heart of the Gandhara civilisation — organised rackets have long been operating taking advantage of loose government control and lack of awareness among locals.

Large to medium-size stupas of Gautam Buddha, the founder of Buddhism, and other objects mainly from Takhtbai or Takht-i-Bhai [throne of origins] — a small scenic town located some 160 kilometres [99 miles] from capital Islamabad and the most visited site by the Buddhists — have been smuggled to Europe.

“Artifacts are mostly smuggled via Afghanistan from KP,” Abdul Samad, director of Archeology and Museums in KP, told Anadolu Agency, referring to the advantage of mountainous nature of the border between the two countries.

The most unfortunate part of the already irreparable damage is that the government has no figures or record of stolen treasure.

Zafar Buledi, secretary of Balochistan’s Culture and Archeology Department, too admits the fact.

“As such we do not have exact figures of the stolen artifacts from the province,” Buledi told Anadolu Agency, adding that the federal government had transferred the archeology-related affairs to provinces in 2014 following a constitutional amendment, however no such record or figures were provided.

Samad vindicated Buledi’s view saying the provincial government had no record or estimates of stolen and smuggled objects.

“The two provinces are full of archeological sites making it harder for the government authorities to keep a complete check on the theft of artifacts. One can even find a historical site after every 10 miles, especially in KP,” he maintained.

Buledi observed excavations in Balochistan — which covers 42pc of the country’s total area — have been carrying out since before the creation of Pakistan, and a large chunk of local archeological treasure was moved to other parts of the country, and even abroad.

Recently, he added, the provincial government had brought back around 20,000 artifacts from Karachi.

Hailing the French government’s move, he said the government was in touch with Italy and other European countries to bring back stolen artifacts.

“Antique smuggling is a worldwide phenomenon. It is not easy to fully contain this due to the involvement of big mafias,” Buledi said, adding, “But we are doing our best to curb this phenomenon.”

The strategically important province, which is also a key route of the China-Pakistan Economic Corridor (CPEC), is set to have its first “state-of-the-art” museum in September this year.

The antiquate smuggling is also feeding the organised criminal and terrorist groups in the country, a security expert said.

France recently handed over to Pakistan nearly 450 ancient relics, some dating as far back as 4,000 BC, seized by French customs agents over a decade ago.

Customs agents at Paris’ Charles de Gaulle airport in 2006 intercepted a parcel from Pakistan containing 17 terracotta pots addressed to a museum in the city, claiming they were more than 100 years old.

But an expert who examined them concluded they were artefacts dating back to the second or third millennium BC which had likely been stolen from burial sites in Balochistan.

Following an extensive investigation which lasted almost a year and involved a raid on the Paris gallery, investigators found a total of 445 items, some dating as far back as 4,000 BC, with an estimated value of 139,000 euros [$157,000].

Among the items on display at the embassy to mark the handover were a series of beautifully-decorated pots, vases and jars, all painstakingly adorned with small, stylised motifs of animals, plants and trees.

There were also about 100 tiny ceramic figurines, as well as plates, bowls and goblets, all of which had been illegally shipped out of Pakistan for sale to dealers abroad.

“This is very, very important for us,” said Abbas Sarwar Qureshi, head of the chancery at the Pakistani embassy where France’s top customs official attended a formal handover ceremony.

“Some of the items are 6,000 years old from the Mehrgarh civilisation,” he told AFP, referring to an era that predates the Indus Valley civilisation which flourished around 3,000 BC before mysteriously disappearing.

Aurore Didier, head of France’s archaeological mission in the Indus basin, said the ceramics came from illegally-excavated graveyards and were examples of two different cultures: the Nal (3100-2700 BC), and the Kulli (2600-1900 BC).

“For this period, very few sites have been documented and archaeologists stopped their work in Baluchistan in 2007 due to political issues in the area,” she told AFP.

Although not new or unique, they provided valuable evidence of a period where most of the remaining graves had been destroyed. “For archaeologists, it’s very important because it’s the only evidence of funerary material from this period,” she said.

Qureshi said the 445 objects would be shipped back to Pakistan “within a few weeks,” although it was not immediately clear where they would be exhibited.–Reuters