DUBAI: Pakistan women registered a historic series win against the West Indies defeating them by four wickets in the third and final one-day international (ODI) at the ICC Academy in Dubai to take the series 2-1 on Monday.

The victory gave Pakistan two points and lifted them above West Indies to fourth place in the ICC Women’s Championship table. They now have 12 points, the same as India, but with a much inferior net run rate. West Indies remain on 11 points. 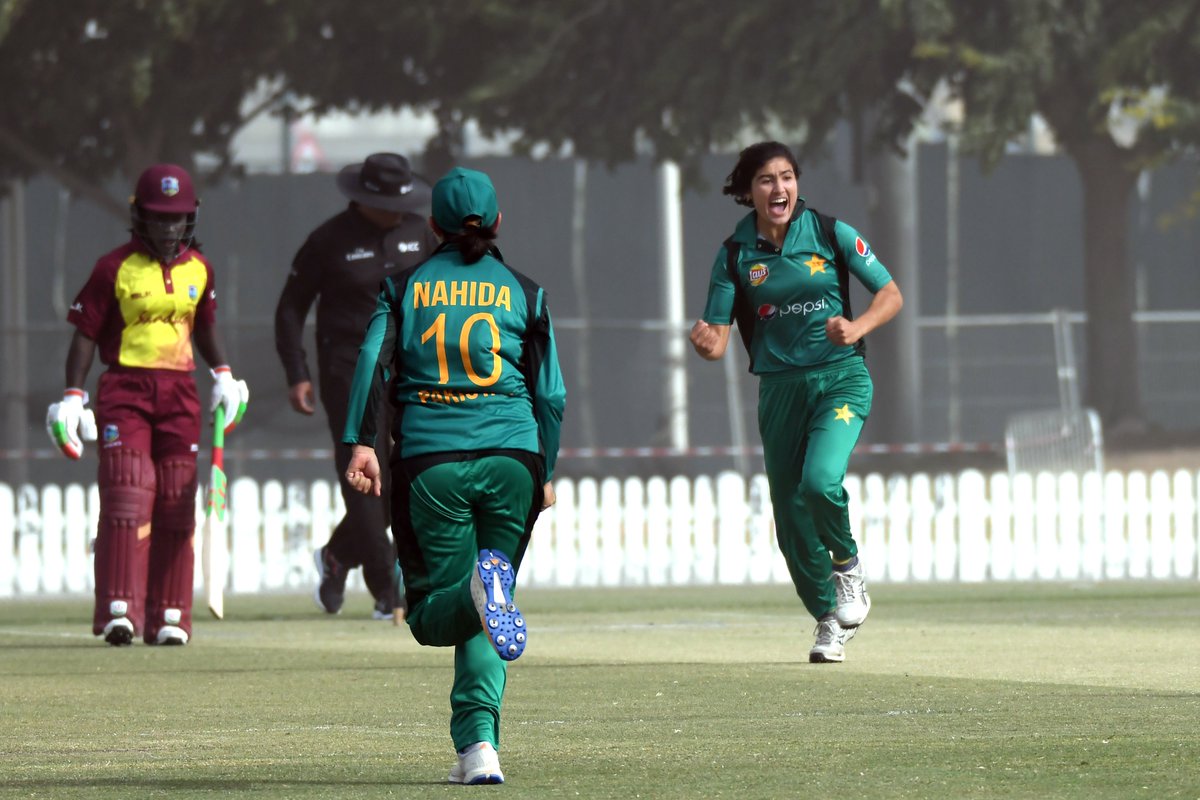 Meanwhile, Australia leads the table with 16 points followed by New Zealand on 14.

For Pakistan, Nashra Sandhu took three wickets for 21 runs and Diana Baig bagged three for 42 as the West Indies, who opted to bat first were skittled out for 159 in 47.3 overs. Sidra Ameen then led the run-chase with a gutsy 52 as Pakistan romped ho

me with 16 balls and four wickets to spare.

The series win was more special as Pakistan had come from behind.

The Pakistan women were routed by 146 runs in the first match, before levelling the series with a 34-run victory in the second ODI.

After Baig dismissed Kycia Knight in the first over of the match, West Indies recovered to 87 for two before being bundled out for 159 by losing their last seven wickets for 72 runs.

Sandhu started the collapse when she dismissed Shemaine Campbell (26) to end the 52-run third wicket stand with Stafanie Taylor.

She then added the wicket of Natasha McLean, but when Taylor (52, 94b, 5×4) became Baig’s second scalp, the Windies looked down and out at 131 for seven.

However, Afy Fletcher (21) offered some resistance and added 28 runs with the last three batters.

Ameen led Pakistan’s run-chase when she scored 52 off 107 balls with five fours and put on three small but important partnerships. She added 32 for the first wicket with Nahida Khan (15), 44 for the second wicket with Javeria Khan (24) and 46 for the fourth wicket with Nida Dar (26).

West Indies’ Shakera Selman finished with two for 24, while Taylor followed up her half-century with two for 17.

Mushtaq Ahmad There is a long history of global pandemic and epidemics, but there is also …