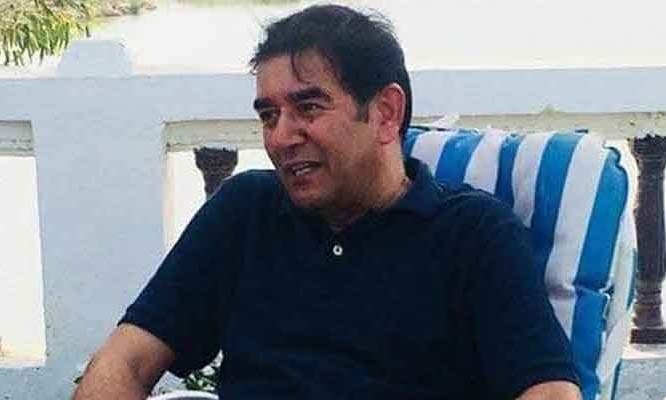 KARACHI: A Pakistani philosopher and intellectual, Javed Bhutto, has been shot dead in Washington DC. The police have arrested the suspect, identified as Hilman Jordan, 45, and charged with murder.

Bhutto, 64, was shot dead Friday morning arouund 11am outside a convenience store in Southeast Washington, The Washington Post reported. The shooter was reported to have been a neighbour who had been involved in a dispute with Bhutto, the newspaper said.

“He [the attacker] was a heavy drinker and was often very rowdy and noisy. Bhutto had recently registered a complaint against him with the building landlord,” The Express Tribune quoted a member of the victim’s family as saying.

The neighbourhood where the shooting took place has seen a sharp increase in homicide incidents.

Bhutto had served as the head of the Philosophy Department at Sindh University before moving to the US.

Many journalists and intellectuals took to Twitter to condole Bhutto’s death:

The murder of friend Javed Bhutto in Washington has shaken people across Sindh. He was a philosopher, political activist who fought for democracy during Zia era. Great loss. Fond memories of kucheris where we used to have heated debates @murtazasolangi @javisoomro @mujtabbaHasan

Reports suggest that Bhutto was fatally shot outside a convenience store and the attack was driven by a neighbourhood dispute. Family sources told The Express Tribune that the attacker lived on the ground floor of Bhutto’s apartment building.

“He [attacker] was a heavy drinker and was often very rowdy and noisy. A few criminal cases are registered against him and he is a convicted criminal. Bhutto had recently registered a complaint against him with the building landlord and lodged a complaint with the authorities concerned too,” the source said.

The source said the deceased called his wife to pick her from office and later went to get grocery from a store when the incident happened. Bhutto, a native of Shikarpur, was the husband of senior journalist Nafisa Hoodbhoy who currently works with Voice of America in Washington.

The family said Bhutto was walking to the neighbourhood convenience store when he was shot at close range in the 2,600 block of Wade Road Southeast.

The area is infamous because of criminal activities.  One of his friends, Mushtaq Rajpar, a freelance columnist who lives in Washington DC, said, “The area is so dangerous, but Jawaid who was against racism would always say it is ‘stereotype propaganda’ against African Americans and opted to live there.”

Till filing this report, Bhutto’s body was in police custody and family members were not given access to see it. Sources in family said that after legal formalities the body would be transported to Pakistan where his funeral will take place.

A renowned progressive thinker, Bhutto got early education from his hometown Shikarpur and later went to Bolan Medical College to pursue MBBS degree on the wishes of his family.

He left the medical college in the middle and got admission in philosophy at University of Karachi in 1980s. During his student life, he joined left wing politics and after his masters went to Sofia University Bulgaria to pursue PhD in philosophy.

After his doctorate, he joined Sindh University as lecturer in early 1990s and then served as professor and chairperson of philosophy department at the university before moving to the US 20 years ago.

Manoj Kumar, a Sindhi writer and one of his students, sharing some thoughts, said, “He was not a teacher who confined students to classroom. His teaching was holistic.”

He said Bhutto who had intensively worked on ‘mysticism’ was still conducting research on the subject. “Despite living in US, he had strong roots in Sindh and would get in touch with people and its culture.”

Jawaid Bhutto also gained popularity in 1990s while fighting against the murderer of his sister Fouzia Bhutto who was killed by the then PPP MPA Rahim Bux Jamali. “His sister was a student of Nawabshah Medical College and was killed by a feudal lord on refusing to marry him,” Kumar said.

He said it was a high profile case of that time, which shook the people sitting in power corridors. His death was widely condoled in Sindh, with politicians, writers and other members of the intelligentsia expressing grief and demanding justice for the aggrieved family.

Professor Amar Sindhu, rights activist who had been his student at Sindh University, referred to her interaction with Bhutto on Facebook and quoted his message about a plan to visit Pakistan. “Open your heart and I am coming home.”

Calling him a beloved teacher and a philosopher, she said, “He was true Sufi and pure soul.”

“It is very hard to believe that our dear friend, philosopher, scholar and a very kind-hearted, humble human has been killed in Washington DC,” said Jami Chandio, a prominent writer and political activist.

“Jawaid Bhutto was a progressive and peace-loving human who rendered invaluable services to Sindhi literature and culture. He maintained a deep connection with his motherland throughout his life and always propagated ideals of peace and harmony,” said the minister.