A new reliance on virtual life in the COVID-19 era has laid bare the lack of internet access for much of the country, write Shah Meer Baloch and Zafar Musyani in The Diplomat 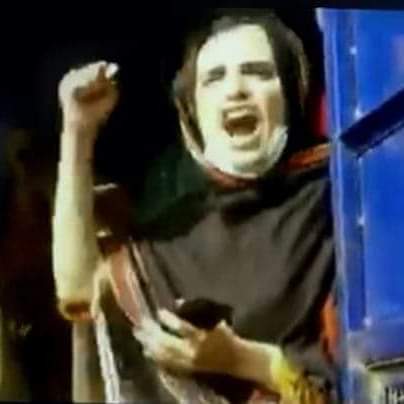 In a widely shared video posted to social media, more than half a dozen Pakistani police personnel are seen running after a girl and screaming, “Catch her! Catch her!” A female officer grabs the neck of the protester, then her arms, and throws her in a prison van. She was not the only student arrested. On June 24, around a hundred students were subjected to violence, thrown in police vans, and locked up till nightfall in Quetta, the provincial capital of Balochistan, Pakistan’s largest and most impoverished province.

The protesters were demonstrating against classes moving online due to COVID-19. They are of the view that online classes can’t take place in Balochistan because the majority of areas in the province do not have fibre optic lines. Nine out of 32 districts completely lack mobile internet services, as the internet was shut down due to security reasons.

On March 13, Pakistan announced the closure of all educational institutions following the arrival of COVID-19 in the country. Since then all classrooms have remained shut, prompting a huge crisis in the education sector at all levels. Pakistani authorities have ordered universities to make classes online only to help curb the spread of the virus.

From hunger strikes to petitions in courts

Students across the country, from the former Federally Administered Tribal Areas (FATA) to Balochistan, have been protesting against online classes, not only on social media but in front of various press clubs, universities, and on roads. They have observed token hunger strikes, rallies, and demonstrations. But the government has not paid much heed to their demands.

“Online classes are ridiculous without internet,” Sabiha Baloch, vice president of the Baloch Students Action Committee (BSAC), said in an interview with The Diplomat. “Students across Balochistan have demonstrated [in] protests, but violence was unleashed on us just because we demand internet service. If the government is concerned about the future of students, it must restore the internet in rural areas. The government should wake up and resolve the issue.”

“We were left with no option other than going to the court,” said Jalib. “The Balochistan government turned a blind eye to our demand for the restoration of the internet.”

On June 30, in its first hearing, the high court asked the Balochistan government to constitute a committee on the matter and report to the court about the devised mechanism on the issue on July 13.

Students also submitted a petition in Islamabad High Court. Before submitting the petition, Syed Muhammad Kazmi, a student from the erstwhile FATA, now part of Khyber Pakhtunkhwa province, met local administration, military officials, and wrote an application to the chief minister of KP. Mobile internet services were shut down in the tribal region after armed clashes between Afghanistan and Pakistani forces at the Torkham border in June 2016.

The “chief minister also signed the letter, but it did not work,” said Kazmi, “I wrote to the prime minister of Pakistan but all in vain, then I submitted a petition. The court order came in our favour on April 14. The court asked the authorities for restoring the internet in the former tribal areas.”

Kazmi further said that it’s not only students who are suffering due to a lack of mobile internet services in former FATA. “There are many expats living in the Middle East. They need to communicate with their families and wire money. Many e-commerce businesses are being affected across Pakistan. It has its economic impacts as well.”

In a joint statement, the Digital Rights Foundation and Bolo Bhi, a civil society organization engaged in advocacy, policy, and research in digital rights, said an uncritical embrace of technology should not ignore the fact that access to these technologies is still a luxury for many and provision of the internet is very low in countries such as Pakistan.

According to The Inclusive Internet Index 2020, Pakistan fell into the last quartile of countries, overall ranking 76th out of 100 countries (24th out of 26 Asian countries). Besides a low level of digital literacy and poor quality networks, the country also scored poorly in the affordability indicators. Internet access in Pakistan stands at around 35 percent, with 78 million broadband and 76 million mobile internet (3/4G) connections.

“Around 35 percent of Pakistan lacks internet infrastructure,” Amin ul Haque, Pakistan’s minister for information technology, told The Diplomat. “There is an urban and rural divide. Most private companies invest in urban towns for commercial reasons and benefits. They refrain from investing in rural and far[-flung] areas.”

Haque further said that the government is trying its best to provide internet facilities to people. It has set up a universal service fund (USF), a government initiative that aims to extend fibre optic connectivity to the unserved. “We have recently invested 600 million rupees in Shahdadkot and Sanghar, two districts of Sindh, for the digital infrastructure. Billions and billions are needed to end this digital divide,” said Haque.

Around 65 percent of people in Pakistan live in rural areas. From Balochistan to Sindh and from the former FATA to Gilgit, students living in rural areas complain about lack of access to the internet and online classes.

“It is impossible for me to take online classes from my home. During this pandemic, I have tried to attend many Zoom meetings but I failed,” Mehtab Roy from Umerkot district in Sindh, told The Diplomat. Roy is studying law in Karachi.

Due to a lack of internet facilities in many rural areas of Balochistan, former FATA, and interior Sindh and Punjab, students and teachers are panicking and leaving for urban areas where they could access internet facilities – even when doing so means putting themselves at risk from the pandemic.

“There are hardly any COVID-19 cases in my hometown, Awaran, Balochistan. On the other hand, Karachi has one of the highest COVID-19 case [rates] in Pakistan. Despite knowing this, I had risked my life to come back to Karachi because I don’t have the internet services in my hometown. Therefore, I can’t attend online classes from there and [had to] come to Karachi,” Zaheer Baloch, an IR student at Karachi University, told The Diplomat.

“Bahria University, Islamabad gave the course which I was teaching to another lecturer, as I had no internet during the pandemic in former FATA,” Sibte Hassan, from Kurram district of former FATA, a visiting lecturer at Bahria University and Quaid-i-Azam University, Islamabad, told The Diplomat. “Now I am compelled to go to Islamabad as I don’t have the internet. I can’t teach online classes from my hometown. I can’t even apply for the job and other opportunities.”

Like other regions, Pakistan’s disputed region with India, Gilgit-Baltistan (GB) also has internet issues, and students there have likewise taken to the streets. GB is a mountainous region in the north of Pakistan. Much of the region doesn’t even have mobile services, like alone the internet.

“We live in a tough and distant terrain of Pakistan and there has been no development for providing internet facilities. In most areas there is no electricity, no PTCL and no phone,” said Naveed Saleem, a student from GB. “Even 10km away from the city we don’t have mobile services, and the officials ask us to attend online classes — this is brutal.”

As of this week, a social media campaign calling for high-speed internet in the region — #Internet4GilgitBaltistan – was trending on Twitter.

Beyond the rural or urban divide, other issues are affecting the education system during this pandemic. “Our teachers are not trained nor is our pedagogy ready for online classes. Turning towards digital classes all of a sudden is very devastating,” Zahabia, organizer of the Progressive Student Federation (PRSF) in Karachi, told The Diplomat.

“Other than the rural and urban divide, there exists the class difference too. Such as the University of Karachi, which has over 30,000 students, in the metropolitan city of Pakistan. A majority of students belong to working-class families. Despite being in the city, they either lack gadgets or can’t afford to have costly internet packages. So, how can we go for online classes amid these huge inequalities?” questioned Zahabia.

Like students, many of the teachers also disagree with the idea of online classes.

“As many of us belong to rural areas, so we have limited or no internet access. Many of us lack resources like laptops, internet devices, or the cost of internet packages,” Saddam Jamali, a lecturer and head of the Computer Science Department at University College of Dera Murad Jamali, said.

“There are unserved and under-served areas in Pakistan. They have to be uplifted. We are trying our best,” said Haque, the minister for information technology.

But in some regions, internet access is purposefully cut off or restricted due to security concerns.

“The Pakistan Army has a monopoly of providing internet in Gilgit Baltistan, as the only service we have had for years was SCOM, a mobile network by the Special Communications Organization (SCO),” said Saleem, the student from GB. “Recently, Telenor opened its services in the region. But all companies have to take permission from the Army for opening their services. The Army should invite other companies to invest in the region.” The SCO is maintained by Pakistan Army and provides services in Jammu and Kashmir and GB.

“I just argued that the shutdown of these services was affecting the masses and institutions economically, educationally, emotionally, etc.,” Zamurani told The Diplomat. “These services are not just wishes, but have become a need for the public.”

But Zamurani could not see the case to its end. He had to withdraw the case from court after he was told that he was challenging national security by questioning the mobile internet shutdown.

Likewise, since June 2016, mobile internet services have remained shut in former FATA due to security reasons.

The Islamabad High Court has ordered the restoration of the internet in the region, which borders Afghanistan. The order, which The Diplomat has seen, demands that the authorities “explain as to why access to the internet has been denied to the petitioner and the general public of the former Federally Administered Tribal Areas… In the meanwhile, respondents are directed to take appropriate measures to restore the internet 3G/4G facilities in the former [FATA].”

“The authorities have not restored the internet 3G/4G services in former FATA despite the court order. All students and Pakistanis should have internet access as it is a need. There should be no digital divide,” argued Kazmi.

“Peace and security of the country come first,” said the minister for information technology. “We are in touch with security officials and we can’t restore mobile internet services until we get permission.”

Shah Meer Baloch is a freelance journalist from Pakistan and Zafar Musyani is a researcher and freelance writer.