A Palestinian student follows through her mobile telephone from her home, a lesson broadcast by a teacher from an educational radio station, during her isolation period in a bid to prevent the spread of the novel coronavirus, in Gaza City on March 15, 2020. (Photo by MOHAMMED ABED / AFP) (Photo by MOHAMMED ABED/AFP via Getty Images) 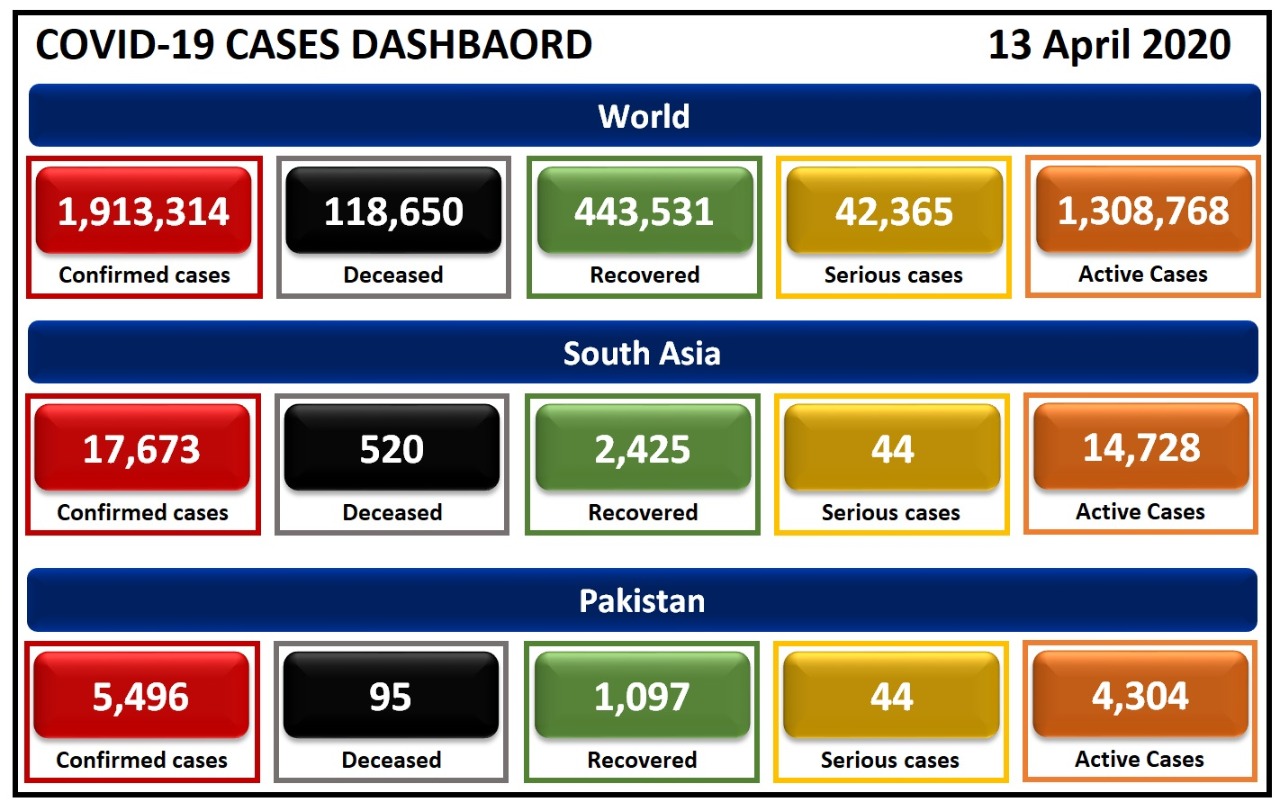 Alongside natural disasters such as earthquakes, floods, tsunami, cyclones, hurricanes and drought, studies also illustrate that the history of epidemics and plagues have also ravaged human population and disrupted the pattern of normal life. For instance, the discovery of 5000-years old houses in China filled with human skeletons revealed the lethal epidemics which infected and perished people of all age groups.

The 1346-1356 Black Death travelled from Asia to Europe killed nearly half of Europe’s populations. The American plague of 16th century brought by the European explorers obliterated nearly 90% of the indigenous population in the western hemisphere. The 1665-1666 great plague of London nearly 100,000 people including 15% of the population of London died.

The current pandemic coronavirus also known as Covid-19 originated in Wuhan, China in December 2019 and has infected more than 1,437,906 people and wiped out around 134,754 individuals in more than 190 countries so far and the infected cases and death toll are on the rise. This lethal virus has forced governments to lock down their countries for the social distancing of their citizens in a bid to prevent further spreading.

Pakistan is also bearing the brunt of COVID-19 as the number of cases is increasing and there are apprehensions that it would get really difficult to control the situation if the pandemic continues to spread and the government does not take serious measures. The diverse and multi-ethnic society of Pakistan perceives this peril differently. Some consider it as wrath inflicted on us as a divine punishment, yet some others blame the government of not handling this menace properly. However, there is a lesson to be learnt that nobody can deny the fact that human body provides as a host for such viruses irrespective of caste, creed, colour, faith and nationality. Hence, it is the common enemy of humanity not just of any particular religion or nationality.

It has indeed disrupted the pattern of normal life and routine practices by closing educational institutions and businesses; shunning from religious congregations; suspending exams; social distancing and avoiding shaking hands which seems awkward at times even being a new imperative. It is unpredictable yet when will it end and at what cost and consequences?

However, the phenomenon would change the course of routine life as nations may rethink their policies and procedures regarding immigration, education, business patterns; religious congregations and social gatherings and events. Usually, it is said that “united we stand and divided we fall” but in the case of Covid-19, it is the other way around. Apart from other fields of life, Covid-19 will have a huge impact on educational institutions as well where traditional classroom pedagogy seems to be changing into online digital and distance learning programmes ahead for children. In this regard, educators and other employees have to revamp their existing capacity from traditional knowledge and pedagogy to ICT related skills in order to reach out their students and clients online and to sustain their jobs as well.

God forbid if Covid-19 gets prolonged, unemployment could accelerate across the globe that would further augment poverty particularly in underdeveloped countries where resources are already dwindling due to bad governance and corruption.

Nevertheless, to break the chain of this lethal virus, the only solution as per the advice of physicians is to take precautionary measures such as social distancing, practicing quarantine, tracing and testing people who communicated with the infected ones along with washing hands. Such practices can be effective to control this virus as China has contained it to a greater extent by clamping lockdown and following strict quarantined and other preventive measures for its people.

Therefore, we must follow the directives of the government and health experts in fighting the covert enemy. Taking it lightly can have terrible consequences for all of us as a lesson to be learnt from Italy where a soft reminder of social distancing was not taken seriously which resulted in hundreds of casualties on a daily basis.

Finally, it is high time for the developed nations to think of assisting underdeveloped countries to control this fast communicable virus by sharing expert opinions, providing medical equipment and other essential resources as these countries are already lacking human and material resources. Further, NGOs, individual philanthropists and business tycoons should be generous in helping the needy families in this time of dire need.

Karim Muhammad Khan works as an administrator and instructor at the College of Education Gilgit. He can be reached at: [email protected]