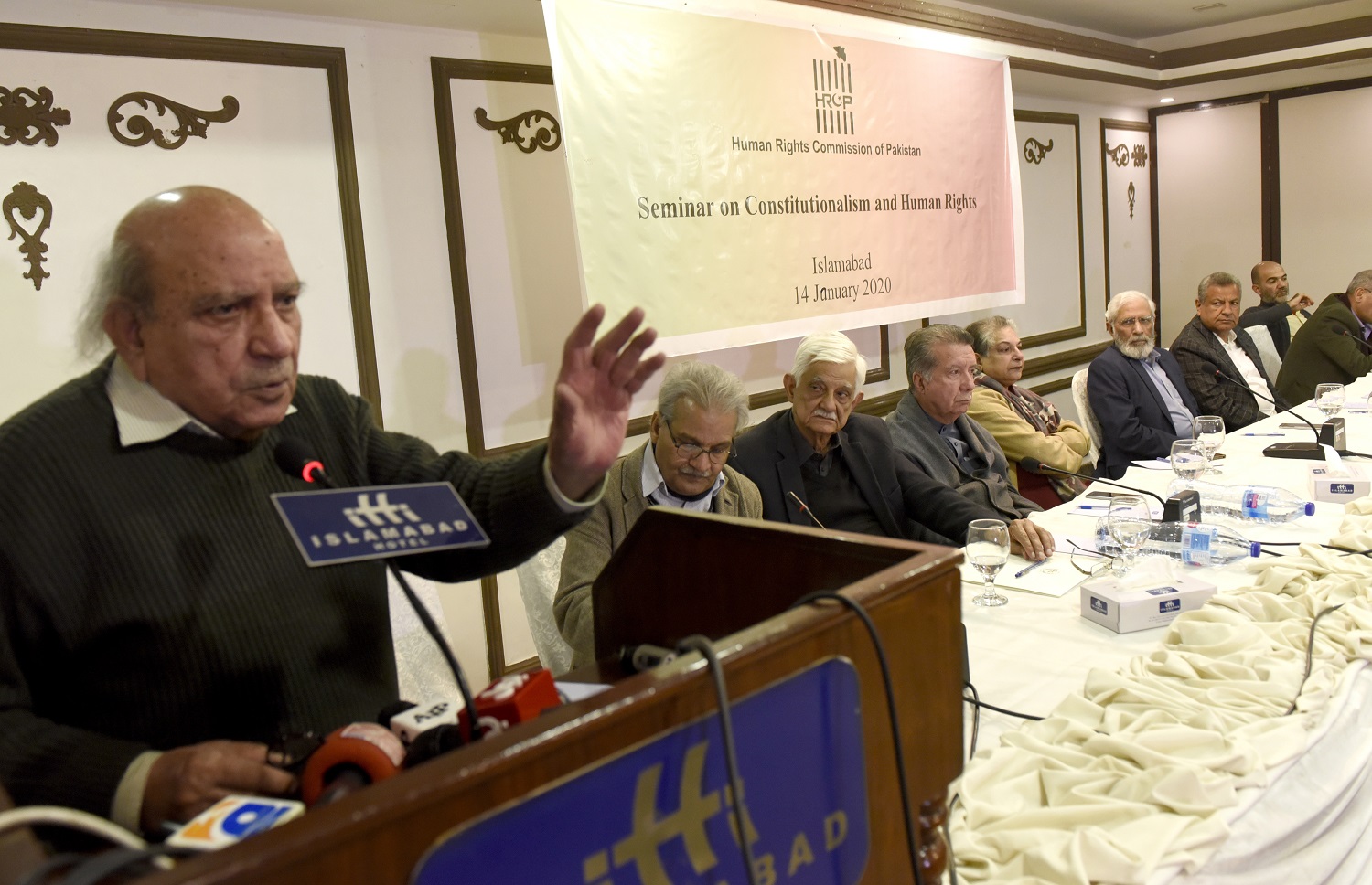 Islamabad, Jan 14: Politicians, lawyers, and mediapersons have expressed their resolve to strive for safeguarding fundamental constitutional rights of the citizens, upholding democratic values in society, and strengthening provincial autonomy and resist any move to rollback 18th amendment.

They urged the political leadership to ensure the supremacy of parliament, rule of law, and the people’s fundamental freedoms and rights.

They stated this in a resolution adopted after speaking at a seminar on “Constitutionalism and human rights” organised by the Human Rights Commission of Pakistan (HRCP) at a local hotel on Tuesday.

The high profile panelists discussed a way forward for Pakistan to progress as a democracy.

The resolution stated that elected representatives should ensure that the system of governance rests on established laws and constitutional norms, instead of ordinances.

The resolution also noted how political engineering by undemocratic forces had damaged the democratic process and encouraged selective accountability. The actions of law enforcement agencies, primarily intelligence agencies, should be brought within the ambit of the law through a strong, independent parliamentary oversight mechanism.

The policing duties in the tribal districts of Khyber-Pakhtunkhwa must be handed over to civilian law enforcement agencies.

The insidious practice of running internment centres in Khyber-Pakhtunkhwa (KP) must also cease.

Various speakers reiterated that Pakistan’s youth bulge, which has been kept alienated for decades and taken to the streets to claim their rights, must be heeded, and not vilified in the form of criminal cases.

The speakers called for a broad-based coalition of democratic forces, students, women, labourers, mediapersons and civil society to struggle for protection of the fundamental rights of the citizens and thwart any move by the undemocratic forces to abrogate the Constitution and rollback provincial autonomy under the 18th Amendment and the National Finance Commission Award as, according to the speakers, provincial autonomy is a democratic right of federating units.

They expressed concern at the deepening economic and governance crises rising environment of fear and the erosion of democratic values in society, the establishment’s meddling in governance and economic matters and behind-the-scene maneuvering. 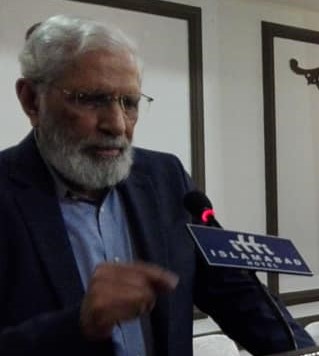 Mr Rehman, Ms Jillani and Mr Malik expressed indignation at the regression in the political process, economy and democratic values and marginalisation of the parliament, and political engineering by the establishment.

They said the judgment of the Lahore High Court on military dictator Pervez Musharraf treason case describing damaging and unconstitutional. They, however, hoped that the apex court will overturn the verdict.

They stressed that the state must restore people’s faith in the judiciary by making it clear that those who abrogate the Constitution will be held accountable.

Ms Jillani said the most disturbing aspect of the episode is that the law minister and attorney general are standing with a dictator who not only staged a coup but also suspended the constitution and fundamental rights. The army spokesperson is adding salt to the wounds of the people, she commented.

Mr Haider and Mr Babar of PPP were at loss of words to defend their party’s support to the extension in army chief’s tenure and amendment in army act.

Mr Haider explained the trichotomy of state pillars i.e. legislature, executive, and judiciary and called for a mechanism of check and balance to restraint any of these organs from misusing its authority.

The leaders of the two main opposition parties faced scathing criticism and questions from the audience.

However, Mr Haider cautioned against any ‘misadventure’ that may derail democracy, lead to further chaos and result in losing whatever achievements have been made in the shape of the 18th amendment. 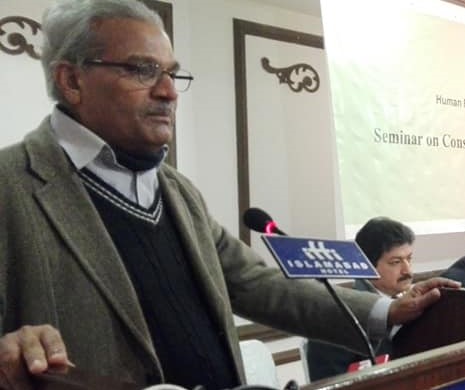 “There have been cracks in the iron walls of fear and we have to break it bit by bit and brick by brick rather pushing for the all-out clash,” he argued.

Mr Babar said every member of society is under threat and some powers are on the driving seat of decision making and running the governance and economic matters.

He called for publishing the three-judge commission report and the proceedings of the parliamentary panel on HR on missing persons which had identified 153 security personnel’s involvement in enforced disappearances which is a criminal act.

Civic educator Zafarullah Khan also echoed his views saying “The culture of constitutional compliance is weak in the country. The constitutional forums such as National Finance Commission, National Economic Council and the Council of Common Interest have been rendered ineffective and called for their re-activation.

He said there was a need to teach the Constitution and the fundamental constitutional rights to the people.

AWP leader Dr Aasim Sajjad said that while Pakistan has a long history of dictatorial rule and behind-the-scene maneuvering by the establishment even during the tenure of elected governments, liberal democratic institutions are unraveling around the world.

He went on to say that right-wing populists are coming to power everywhere. Yet despite the claims of these populists that they represent the people — like the current prime minister and his PTI — the media, bourgeois political parties, and many other pillars of society are being completely overrun by moneyed interests and war-making establishments.

The professor, who teaches at the Quaid-i-Azam University, said it was in this context that a new generation of young people will determine the fate of democracy and the very viability of the modern nation-state.

“If the new emergent youth is politicised and comes together under an alternative political banner, then there is hope. Otherwise, the system will continue to produce indoctrinated young people who are simply not equipped to understand the ailments of the contemporary world nor able to come together to undertake a genuine process of democratising state and society,” he said.

Mr Ziauddin said if Pakistan was to progress as a democratic country, the state must revive empowered and autonomous local governments in all federating units. It must not put every entity and civic service on sale reminding the government of its constitutional responsibility of proving free and quality education, healthcare facility, shelter and transportation to the people.

They vowed to struggle for freedom of expression and asked the state apparatus to allow human rights defenders and journalists to do their jobs and to criticise where criticism is called for.