Pakistanis are familiar with Mevlana Jalaluddin Rumi – a 13th-century Sufi mystic, poet and Islamic scholar – as famous poets and writers in the South Asian nation had inspired by him.
“Rumi has deeply influenced the literature and the poetry of this region. It is a fact that Rumi is so much popular or a source of inspiration for many Pakistani writers and poets,” Faleeha Kazmi, head of the Persian department at Lahore University for Women, said.
Turkey’s central province of Konya is hosting a series of international events between December 7-17, marking the anniversary of Rumi’s death on December 17, 1273, which is known as Sheb-e Arus or the night of union with Allah.
In Pakistan, at many places, Rumi’s poetry and stories are part of the early school curriculum. His Masnavi has been translated in Urdu – the national language – and even in regional languages – Pashto, Punjabi, and Sindhi.

Among the local poets, deeply influenced by Rumi’s poetry and vision, include Mian Mohammad Bakhshk, Waris Shah, Bhullay Shah, Sultan Bahu (Punjabi language), Khushkhaal Khan Khattak and Rahman Baba (Pashto), Shah Abdul Latif Bhatai (Sindhi), and most of all, Pakistan’s national poet Mohammad Iqbal (Urdu and Persian).
Citing key reasons behind Rumi’s popularity in Pakistan, Kazmi said: “Pakistanis are more familiar with Persian literature than Arabic or English, as Islam came to the northern part of undivided India through Sufis and saints. They had mostly migrated from Iran and Central Asia (Persian speaking world). Even under British rule, Muslims were still under the influence of Persian poets and writers.”
Another main reason is that Rumi presents a beautiful combination of love and philosophy, leading to divine truth, she added. “So that is why Rumi’s poetry is still an important part of curriculum in Pakistani educational institutes.” 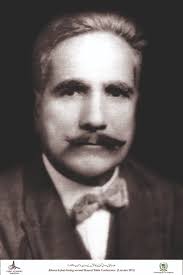 Allama Iqbal, also known as Iqbal Lahori outside Pakistan, is seen as an extension of Rumi’s philosophy by many literary critics. His Persian poetry, in particular, is heavily influenced by Rumi, also widely known as Mevlana.

Zahid Munir Aamir, head of the Urdu department at Punjab University Oriental College in Lahore, said that Iqbal had himself associated with Rumi.
“In fact, in his famous book Javednama, the famous poet advises his son, Justice Javed Iqbal, that if he fails to find a wise friend in his life then associate with Rumi’s ideology because he [Rumi] knows the difference between reality and the mere appearance of things,” he added.
“Rumi and Iqbal are two of the best explainers of [the Holy] Quran in Persian through their poetry,” said Aamir, who is the author of 40 books on history, literature, and Iqbal in Urdu, English, and Arabic languages.
Shahnawaz Farooqui, a Karachi-based writer, said Iqbal had proudly described himself as a pupil of Rumi.
“Iqbal, in his poetry has described Rumi not only his mentor but also spiritual leader, “ Farooqui said, adding, “Their baseline is the same. Both operated within the same framework.”
He, however, believed that Rumi’s stature in terms of spiritually, and understanding and explanation of the Holy Quran and Hadit (saying of Prophet Muhammad [PBUH]) through poetry is far higher than that of Iqbal.

Whirling dervishes are another introduction of Rumi to Pakistanis. The whirling dervishes from Turkey now visit Pakistan every year, whose performances are attended by thousands of people, including art and music lovers.
Art critics and historians describe the cultural similarities and uniqueness, as two key factors for the popularity of whirling dervishes in Pakistan.
The dervish from Konya perform a special ritual called Sema — an act of meditation through dance and music — that originated among Sufis of the Mevlevi order in the 13th century.
The traditions of whirling dervish from Konya, Qawwali — a special form of singing of spiritual poetry unique to the subcontinent — and Dhamal — a special form of Sufi dance found in the subcontinent —are all linked to reaching spiritual connections through ecstasy, whether it is through dance or music.
Apart from Sufism, language is another area where Turkey has influenced the region, especially Pakistan, where Urdu has adopted a huge number of words from Turkish, according to Faleeha Kazmi.
In fact, she noted, the word Urdu has also been taken from Turkish, which means “army”. 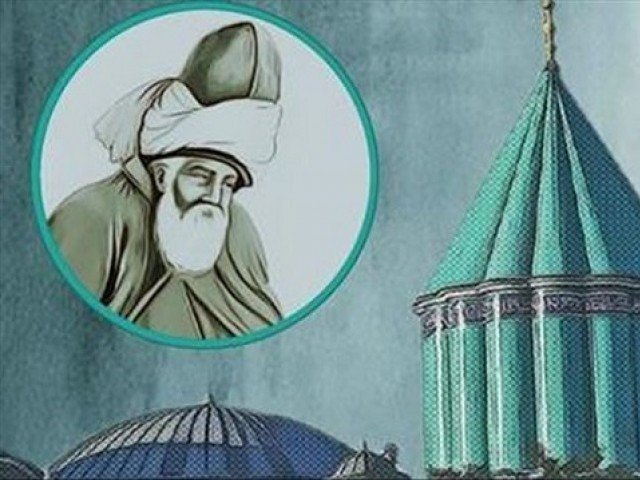 Born into a Turkic family in 1207, in what is now Afghanistan, Rumi is one of the most widely read philosophers in the world, with teachings that transcend boundaries of race, colour, and religion.
In Turkey, Rumi is fondly remembered by his followers as Mevlana — which means scholar.
Rumi’s poem the Masnavi, with more than 50,000 verses, is considered the most influential work in Sufism and has been translated into 25 languages.
He penned the poem on man’s predicament in his search for God after losing his friend, the wandering dervish Shams Tabriz.
Upon his death in 1273, Rumi’s followers founded the Mevlevi Order, also known as the Order of the Whirling Dervishes, famous for the Sufi dance known as the Sama ceremony.
Every year, an international commemoration ceremony marking the anniversary of Rumi’s union with God, known as Sheb-e Arus or the night of union, is held in honour of the Muslim scholar.–Anadolu news agency