‘Black Panther’ has won the top film award in at the 25th Screen Actors Guild Awards in Los Angeles on Sunday, putting it in strong contention for an Oscars win this February.

In a nomination pool that largely eschewed heavyweight Oscar contenders, Black Panther beat A Star is Born, Bohemian Rhapsody, Crazy Rich Asians and BlacKkKlansman to receive the award for outstanding performance by a cast in a motion picture. It also took out the award for best stunt ensemble, announced prior to the awards telecast, which was hosted by Megan Mullally in Los Angeles on Sunday.

Meanwhile, the best actor awards for film went to Glenn Close for The Wife and Rami Malek for his performance as Queen frontman Freddie Mercury in Bohemian Rhapsody.

The SAG Awards are generally considered one of the most reliable bellwethers of the Academy Awards, with best picture winners at the Oscars nearly always winning the corresponding SAG award earlier in the year. But two of this year’s leading Oscar nominees, Roma and The Favourite, were bypassed in the main by the Actor’s Guild. While The Favourite received SAG nominations for its leading female actors, Roma was omitted entirely. Meanwhile, both films landed a massive 10 Oscar nominations each on Tuesday.

In the TV categories, Sandra Oh’s much-lauded performance in Killing Eve netted her the award for best female actor in a drama series, while Jason Bateman received the corresponding award for a male performer for his performance in the money laundering family drama, Ozark.

Darren Criss’ performance in The Assassination of Gianni Versace and Patricia Arquette’s turn in Escape at Dannemora also received accolades. The cast of This is Us received the award for best ensemble in a drama series, while Glow, the Netflix series about professional women wrestlers, won best stunt ensemble in a comedy or drama series.

Ozark and The Marvelous Mrs Maisel both received the most nominations, with four nods in three categories. Barry, Glow, The Handmaid’s Tale and The Kominsky Method followed close behind with three nominations each. 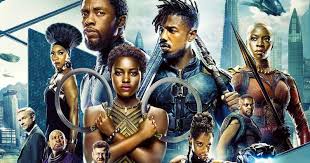 The ceremony also saw Tom Hanks present the SAG Life Achievement Award to Alan Alda, who is most famous for playing Dr Hawkeye Pierce on M*A*S*H for 11 seasons. Throughout his career Alda has won six Emmy awards, six Golden Globes, been inducted into the Television Hall of Fame and undertaken extensive charity work.

“It may never have been more urgent to see the world through another person’s eyes,” Alda said when accepting his award on Sunday night. “And when the culture is divided so sharply, actors can help, at least a little, just by doing what we do.”

Ahead of this year’s show, the Screen Actors Guild took the unusual step of publicly criticising the Academy of Motion Picture Arts and Sciences for pressuring stars to appear only on the Oscars. The film academy has declined to comment.