From the Romans’ wild parties to today’s modern romance, love has been celebrated in mid-February. Learn about Valentine’s Day past and present.

Valentine’s Day is the day of love. More than any other day of the year, romantic couples shower their better half with gifts and tokens of appreciation.

Much about Valentine’s Day is well known. The handwritten cards, chocolate hearts, and red roses are all staples of the annual tradition, recognized easily at any convenience store. However, much about the holiday and how it came to be remains a mystery, details lost to time and transformed as romantics retold history.

Why do we celebrate Valentine’s Day?

Was Valentine’s Day inspired by a party, an execution, or a poem? Historians aren’t sure.

The earliest possible origin story of Valentine’s Day is the pagan holiday Lupercalia. Occurring for centuries in the middle of February, the holiday celebrates fertility. Men would strip naked and sacrifice a goat and dog. Young boys would then take strips of hide from the sacrificed animals and use it to whip young women, to promote fertility.

Lupercalia was popular and one of the few pagan holidays still celebrated 150 years after Christianity was legalized in the Roman Empire.

ccording to Noel Lenski, a historian at the University of Colorado at Boulder,

Lupercalia was “clearly a very popular thing, even in an environment where the Christians are trying to close it down.” In an interview with NPR Lenski theorizes that the feast was meant to replace Lupercalia. “So there’s reason to think that the Christians might instead have said, okay, we’ll just call this a Christian festival,” he said.

Apart from the name, these feasts share little resemblance to our modern, romantic notions of Valentine’s Day.

By some accounts, the true origin of Valentine’s Day didn’t come for another thousand years. Jack B. Oruch, a professor at the University of Kansas, argues that the poet Geoffrey Chaucer was the first person to link Valentine’s Day to romance in his poem The Parlement of Foules.

Oruch suggests that Chaucer might have linked Valentine’s Day to romance more or less by chance – Valentine’s Day is approximately the time when European birds start mating. Later poets, including Shakespeare, followed Chaucer’s lead and helped create the romantic connotations we have today.

To-morrow is Saint Valentine’s day,
All in the morning betime,
And I a maid at your window,
To be your Valentine.

Who was St. Valentine?

By some estimations there are over 10,800 saints, of which there are more than 30 Valentines and even a few Valentinas. Two Valentines stand out as likely candidates for the namesake saint, but neither dealt with matters of the heart.

The two Valentines share many similarities, leading some researchers to wonder whether they were the same man. Both Valentines were martyrs, put to death by the Roman Emperor Claudius in the third century. Both men were also said to have died on February 14, although years apart.

The first Valentine was a priest who was arrested during the Roman persecutions of Christians. When brought before the emperor, Valentine refused to renounce his faith and as punishment was placed under house arrest. The head of the house holding Valentine challenged the priest to show the true power of God. Soon, Valentine restored sight to a young blind girl and the whole house converted. Once word of the miracle and conversion reached the Emperor, Valentine was executed.

The second priest, the Bishop Valentine of Terni, was also a miracle worker. Known for his ability to heal physical disabilities, a scholar sent for the bishop to heal his only son, who could not speak or straighten his body. After a night of prayer, the bishop healed the boy and the family, along with visiting scholars, convert to Christianity. Shortly after the bishop was arrested for his miracles and, after refusing to convert to paganism, beheaded. 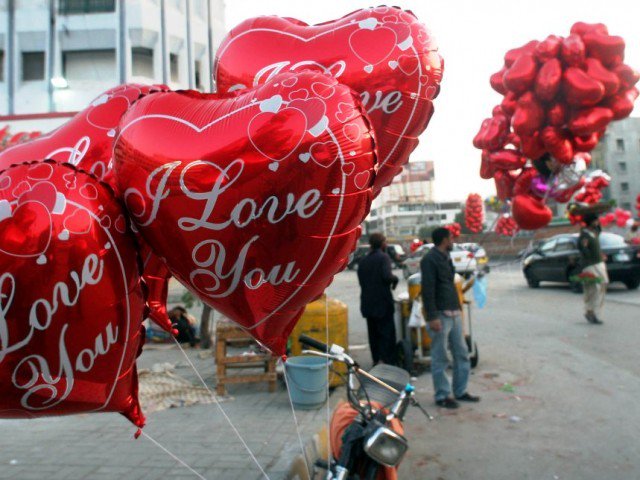 The first Valentine’s Day card dates to 1415 when the Duke of Orléans sent a card to his wife while he was he was a prisoner in the Tower of London. In the United States, Valentine’s Day cards didn’t gain popularity until the Revolutionary War, when people took up the habit of writing handwritten notes to their sweethearts. It was only in the early 1900s that cards were mass produced for the holiday.

Whether you celebrate Valentine’s Day or not (by choice, fate, or otherwise), our ability to love has connected humans for centuries—from the Romans to today. Sure we may no longer whip each other with sacrificial hides, but we all enjoy treating (and being treated by) those we love.

This feature was first published in the National Geographic magazine, January 29, 2019.

Call for a rational debate on death penalty

There is a need for a rational debate on the death penalty involving scholars, jurists, ac…