Islamabad: Pakistan’s top court on Friday threw out the presidential reference against senior judge Justice Qazi Faez Isa in a case that was widely seen as pitting the country’s judiciary against its government and powerful armed forces.

“[The reference] is declared to be of no legal effect whatsoever and stands quashed,” read the majority (9-1) short verdict on a petition filed by Justice Isa and over two dozen identical petitions seeking the reference’s dismissal. 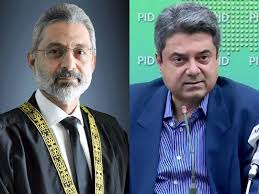 The Supreme Court (SC) also ended any pending proceedings against Justice Isa in the Supreme Judicial Council (SJC), including withdrawal of a show-cause notice issued to Justice Isa by the Council in July last year for “writing letters to President Arif Alvi” after the presidential reference against him was filed.

The verdict was announced by Justice Umar Ata Bandial, who was heading the 10-judge bench hearing the judge’s petition.

The short order directed the Inland Revenue Commissioner to send a notice to the judge’s wife and children within seven days, asking them for the explanations about their properties in the UK.

The commissioner will complete the investigation within 60 days and issue an order within 15 days after completion of the process. The FBR has been directed to submit a report to the SC registrar within seven days of the commissioner’s order.

The registrar will then present the report to the SJC chairman (the chief justice of Pakistan) who will decide when to present it in the Council. 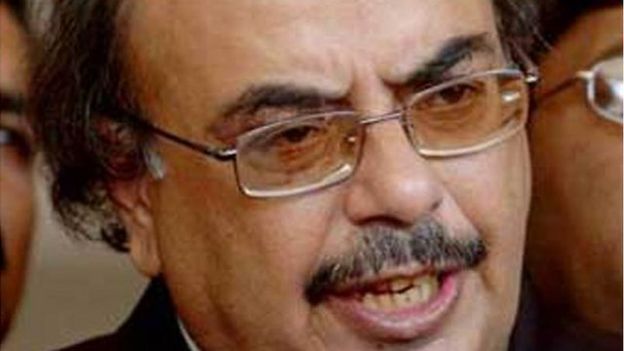 Munir A. Malik, counsel for Justice Isa, while speaking to the media outside the SC said that “all of their arguments were accepted by the court including malafide intention, prematurity and lack of evidence”.

“The Assets Recovery Unit (ARU) cannot be accepted as a legal department as it was not constituted on legal grounds,” he added.

President of the Supreme Court Bar Association Hafiz Abdur Rehman Ansari in a statement “highly appreciated” the top court’s verdict and commended it for “its courageous demonstration guarding its independence [and] thus upholding the prime objective of the rule of law and supremacy of the Constitution”.

Vice-Chairman of the Pakistan Bar Council (PBC) Abid Saqi said that the SC verdict had “frustrated the nefarious and ill-motivated move of the government to subdue and pressurise the independent judiciary”.

The PBC also announced that all bar members will observe Youm-e-Tashakur (day of thanksgiving) on June 22. They will also celebrate what the council termed a “landmark judgment and the victory of the cause of the rule of law, the constitutionalism and independence of the judiciary”.

Academic and Leftwing Awami Workers party leader Dr Asim Sajjad Akhtar commented on the judgment that over the past 2-3 days, the sheer intrigue and cynicism has been exposed, yet again.

First, a legal verdict confirming that Altaf Hussain has been totally discarded by his masters, accused of murdering Imran Farooq.

It was, of course, the establishment that unleashed Altaf Hussain on the people of Karachi, and Sindh more generally, in the 1980s, institutionalising a culture of violence, and totally ethnicising Karachi’s politics indestructive ways. Today, the Supreme Court has issued a ruling on the long-standing matter of SC judge Qazi Faez Isa, who authored the Faizabad Judgment clearly implicating the intelligence agencies in the Khadim Rizvi dharna fiasco.

While some are hailing today’s judgment as a victory for democracy and justice, let us be clear that the establishment-centric system remains very much intact, superior judiciary, ‘electable’, mainstream media and intelligentsia firmly in tow.

Pakistan Federal Union of Journalists (PFUJ) has hailed the quashing of presidential reference against Justice Qazi Faez Isa by terming it “malafide and an attempt to tarnish the image of a judge of the apex court”.

In a joint statement, PFUJ Shahzada Zulfiqar and Secretary-General Nasir Zaidi said that the PFUJ was a party in the case to withdraw the reference against the senior-most judge of the Supreme Court.

“The PFUJ has always stood up for the independence of the judiciary in the past and will remain committed to its independence in the future as well.

They warned that the journalists will not allow dirty tactics against honest judges like Qazi Faez Isa. Pakistan needs a proactive and independent judiciary for safeguarding rights of the people, they said.

“The reference against an honest judge like Qazi Faez Isa has damaged Pakistan’s image across the world,” they added.

The reference filed against Justice Isa by the government in May last year alleged that he acquired three properties in London on lease in the name of his wife and children between 2011 and 2015, but did not disclose them in his wealth returns. Justice Isa contested the allegation, saying he is not a beneficial owner of the flats.

Through his petition, Justice Isa pleaded before the SC the powers that be wanted to remove him from his constitutional office by hook or by crook. President Arif Alvi, he claimed, did not form his own independent opinion before the filing of the reference against him.

The prime minister, the law minister and the attorney general misinterpreted Section 116 (b) of the Income Tax Ordinance, 2001, and mistakenly applied it to his wife and children as the law was applicable only to a dependent wife and those children who were minor and dependent, Justice Isa argued.

Justice Isa also asked the apex court to declare that the Asset Recovery Unit (ARU) constituted by the government to investigate his family’s properties was illegal and working without any legal effect and any of the actions taken by the unit with regard to the reference against the petitioner judge and his family were thereby illegal and of no legal effect.

Appearing in the court on Friday, the government’s counsel, Dr Farogh Naseem, who resigned as the federal law minister to appear before the court in this case, submitted a reply from the Federal Board of Revenue (FBR) about Mrs Isa’s complaint that she had disclosed properties in her tax returns for 2018-2019 but the FBR had still issued her a notice.

Justice Bandial who was heading a 10-judge full bench hearing the case said that the judge’s wife had brought all documents pertaining to the properties on record and the government would verify them.

Malik, said he could “not understand” what the government’s case was about. Referring to Naseem’s argument about a similar case of a British judge Gibraltar, Malik said in that case the judge had associated himself with his wife’s properties while Justice Isa had not done the same.

He argued that the government had come to the Supreme Judicial Council (SJC) instead of going to the FBR, adding that Justice Isa had “never interfered” in the tax body’s workings. He said Justice Isa had been forced to challenge the presidential reference to defend his and his wife’s honour and requested the court to declare the reference invalid.

Malik also demanded that the government’s counsel submit receipts for searching the record of properties in a UK court, saying that this exercise would determine whether the Assets Recovery Unit (ARU) had searched for them or someone else had done it. He claimed that the ARU had only acted as a facilitator in the reference.

Justice Isa’s counsel further claimed that the government brought in a reference against his client only because it wanted to remove the judge who had announced the verdict in Faizabad sit-in case.

“The court should not consider this petition as the case of an individual. Do we want a law that allows one institution to spy on another,” he questioned.

The counsel for the Supreme Court Bar Association Hamid Khan argued that Islam gave every individual including women the right to own property. Iftikhar Gilani, who was representing the Khyber-Pakhtunkhwa Bar Council said 29 petitions had been filed by different bar councils and bar associations against the presidential reference.

“These are not Justice Isa’s relatives. The government’s reference has no basis and is against the freedom of judges,” he argued.

Justice Bandial said the question was whether the reference should be completely dismissed. “This is a very important question [for the bench]. Bar councils and bar associations have full faith in the judiciary,” he observed.

Justice Afridi questioned whether Justice Isa had violated his oath by appearing in the court to which Malik replied that that will be determined after it is decided whether the judge had appeared in the court for his own self or for the judiciary.

A day earlier, a teary-eyed Mrs Isa presented before the court the evidence of funds used to purchase the three offshore properties whose money trail is a key to the presidential reference filed against her husband.

Justice Isa’s wife recorded her statement before the court via video link, and provided the money trail for the purchase of the three properties in London, saying the details of her accounts were available with the State Bank of Pakistan. The court then instructed her to present her documents before relevant tax authorities.
“I must tell you one thing: we, as judges, are answerable for our actions in private and public life; therefore, we are much more accountable than other people, as we are holding other people accountable,” Justice Bandial said addressing Mrs Isa.

In February last year, the Supreme Court, and Justice Isa in particular, came under fire for passing a verdict that warned the military and intelligence agencies not to exceed their mandate and meddle in politics, in what was seen as a rebuke over security agencies’ handling of protests by a religious party in 2017, writes Gulf News.

The judges’ comments were a rare public ticking off for the powerful armed forces, which have ruled for nearly half of Pakistan’s history and have in recent years been criticized for resuming a more active role in politics.

The army has repeatedly denied any interference.

The SC was investigating the so-called “Faizabad protest”, which saw a hard-line religious group paralyze the capital Islamabad, accusing a minister of blasphemy.
But the court’s inquiry also looked at the role of security agencies, including in ending the standoff through mediation.
The army’s role particularly came under criticism after video footage shared on social media showed a senior officer giving cash to protesters after a deal was struck to end the blockade.
“The involvement of ISI and of the members of the Armed Forces in politics, media and other ‘unlawful activities’ should have stopped,” read the verdict which was authored by Isa and Justice Mushir Alam. “Instead when (protest) participants received cash handouts from men in uniform, the perception of their involvement gained traction.”
Social media campaigns unleashed fury upon Isa for the judgment, and in May, reports emerged on social media and TV channels that President Arif Alvi had filed a reference against him over undisclosed assets. The same month, Zahid F Ebrahim, the additional attorney general of Pakistan, resigned, calling the reference a “reckless attempt to tar the reputation of independent individuals and browbeat the judiciary of Pakistan.”
The Sindh High Court Bar Association also called the reference “malicious” and aimed at “undermining the independence of the judiciary and rule of law”.
The government finally confirmed on June 2 that it had filed a reference.
In 2018, the Pakistan government dismissed Islamabad High Court judge Justice Shoukat Siddiqui who accused a spy agency of interfering in judicial proceedings to influence the July 2018 election, following an investigation demanded by the military.–with additional inputs from agencies, Dawn and Gulf News

Are we out of our minds?

Raza Gillani Why have we spent the last four years, presumably the most crucial time of ou…