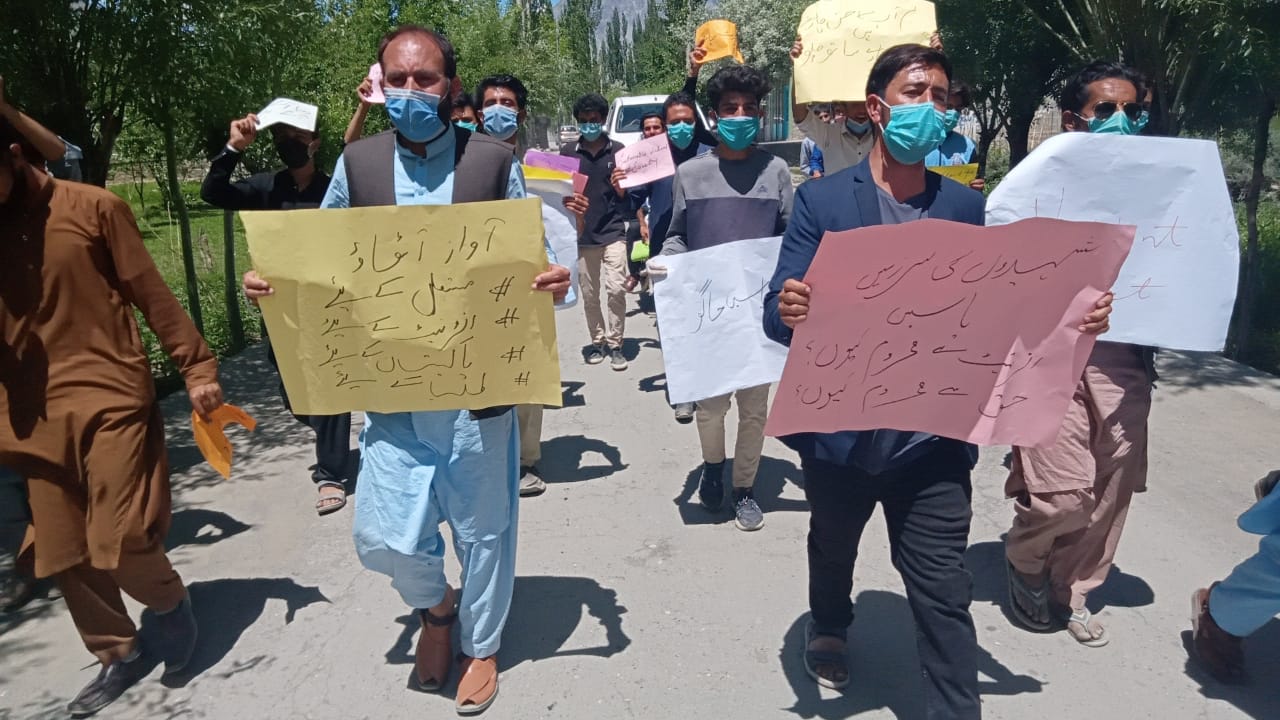 There have been a lot of complaints about and criticism on social and mainstream media on the internet services being provided by the Special Communications Organisation (SCO) in Gilgit-Baltistan and other mountainous regions.

University students and professionals, who have returned from cities to their native valleys after the closure of educational institutes and workspaces after lockdown, seem very vocal on the issue as their studies and jobs are at stake.

Tempers are running high which can be witnessed in the shape of protests on the ground in almost all major towns and online campaigns for digital rights mocking the SCO internet speed in contrast of its claims of providing 4G services.

However, some of the users claim that the DSL and 3G/4G services being provided by SCO are good enough to help the students take online classes. What they fail to realize that the so-called Scom 4G is hardly 2.2G at best. As far as DSL is concerned, I agree, it works well but a limited number of people have access to it even if they can afford it.

So, I would like to share my own experience to corroborate the complaints of a large number of users.

I recently moved to Sonikot, Gilgit and applied for DSL package. Initially, the SCO staff told me that it will take three months to process my application. Only to inform me later that there is no space available in the entire Sonikot region, hence, I cannot get a connection. As I observed during this process, the entire staff of SCO was highly unprofessional and behaved like they are running a charity organisation. That made me furious and helpless at the same time. Therefore, I later contacted my university to help me out in getting a connection. Surprisingly, I was informed that there was some space available after getting a call from their higher ups. Luckily, I finally got the 3mbps DSL connection but the speed is still not more than 1mbps.

As far as the rate is concerned one thing I would like to mention here that PTCL provides 2mbps DSL for Rs750 in other cities of Pakistan but SCO charges Rs1,300 for 2mbps in GB even if we get it.

In short, getting an Internet connection in Gilgit is like searching for a treasure in Kargah Nullah. So, to all those, who are defending SCO and saying that the internet is not an issue at all, should also see the other side of the picture and take stock of these facts as well.

I along with some other graduating friends had to book a guesthouse in Gupis, Ghizer for a month just to take our online classes. We went through a lot of hassle and frustrating situations just to complete the last month of the semester.

So, I can imagine how hard it is for other students who are taking their entire semesters online. Thus, the peaceful protests and online campaigns of the students and digital rights activists are commendable.

Finally, I would urge all my friends and students to take these initiatives seriously and contribute to such efforts in whatever capacity they could, to show the SCO thugs that they should mend their ways and do not underestimate youth of GB.

Faisal Ali belongs to Yasin, Gilgit-Baltistan. He graduated from LUMS this year with a bachelor’s degree in Economics.