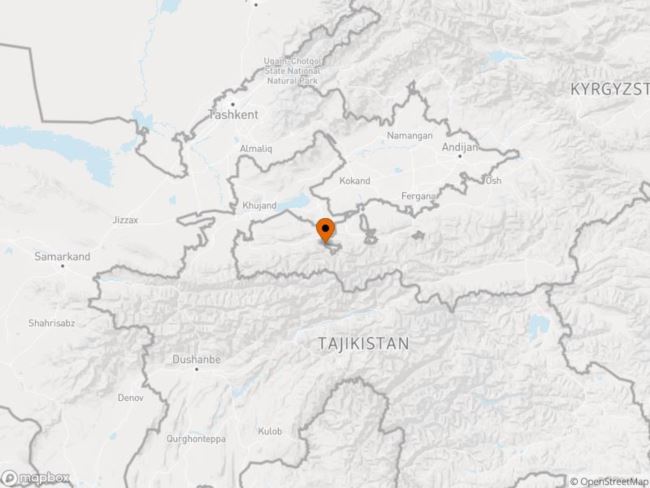 Deadly violence has broken out for a second consecutive day along a disputed section of the Tajik-Kyrgyz border after Kyrgyzstan restarted construction work on a controversial road in the area.

An official in Tajikistan’s interior ministry told RFE/RL that one villager from Tajikistan’s Vorukh exclave in the Ferghana Valley was shot dead on March 14 and two others were injured who were taken to a hospital.

Meanwhile, Kyrgyzstan’s health ministry says a Kyrgyz police officer was wounded during an exchange of gunfire.

Kyrgyz President Sooronbai Jeenbekov and his Tajik counterpart Emomali Rahmon spoke on telephone and agreed to launch a joint investigation into the shootings, the Kyrgyz president’s press service said. They also agreed to push forward with talks on delineating the border dispute.

The violence erupted a day after a Tajik villager was shot dead at the same location during a clash between residents of the Kyrgyz village of Ak-Sai and the Tajik village of Mehnatobod.

The directorate of the Tajik border guards said 43-year-old Tajik villager Husein Hakimov was shot dead on March 13 in a clash that left 11 other Tajik citizens injured.

It said the clash began when dozens of Kyrgyz and Tajik villagers threw stones at each other near the construction site.

Tajik authorities said violence escalated quickly and gunshots were fired after a storage shed of a Kyrgyz villager and a flour mill belonging to a Tajik villager were set ablaze.

Kyrgyz sources claimed that one villager from Ak-Sai was hospitalized on Wednesday.

Kyrgyzstan has been attempting to build a new stretch of road in the area for years which was disrupted repeatedly while negotiators from the two countries try to reach a border-delineation agreement.

Also Tajikistan insists the proposed patch of the road cuts through disputed territory, and that the road should not be built until a deal is reached on the exact location of the border.

Officials from both countries said that construction work on the road had, once again, been halted while negotiators discuss the situation.

Meanwhile, Kyrgyzstan’s parliament on Thursday announced it was launching an official hearing on “the situation along the Kyrgyz-Tajik border.”

Many border areas in Central Asian, the former Soviet republics, have been disputed since the collapse of the Soviet Union in 1991.

The situation is particularly complicated near the numerous exclaves in the volatile Ferghana Valley, where the borders of Tajikistan, Uzbekistan, and Kyrgyzstan meet.