Sunset at Siachen Glacier, from the Pakistan side. Source Danokhan 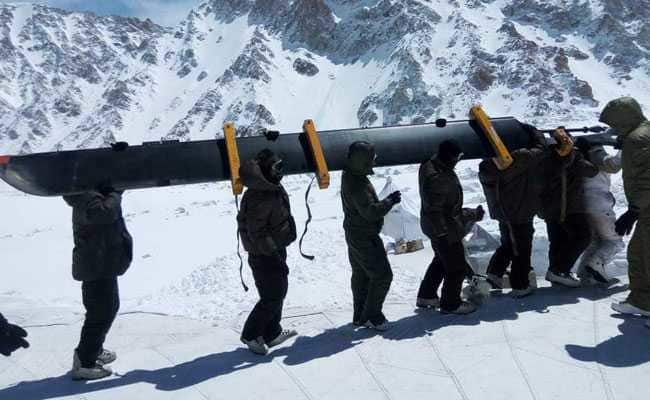 Siachen Glacier, the world’s highest battlefield, located on the India and Pakistan border in Jammu and Kashmir. Soldiers there are facing harsh conditions to ensure stableness of the line between the countries.

On 25 December, the Indian Army announced the recovery of an army helicopter stuck at 18,000 feet. This ALH Dhruv chopper had been stranded due to a technical snag in a spot called the Khanda at the Siachen glacier. It landed safely directly on the snow instead of on the helipad, and it was overturned because of the overnight snowfall, which made it even more difficult for the soldiers to perform a rescue. Technicians and pilots of the Army ALH squadron 203 in Leh managed to repair it by replacing the broken part of the chopper and bringing it back safely to the Siachen Glacier base camp.