Baltistan is also famous for its lofty snow-capped mountains, glaciers, and valleys that attract hundreds of international and domestic mountaineers and tourists.

There are many hidden tourist spots in Gilgit-Baltistan which have not yet been explored and promoted. A hanging rock and cold desert dunes in Skardu valley are among the new but less known attractions.
The rock located on a hilly vantage point in the upper mountainous area of Hussainabad has been discovered recently by some local explorers.

A local photographer Manzoor Balti has captured a photo of the rock about 200 meters above the mighty Indus River and Sarfa Ranga cold desert in Skardu which has become viral on social media.

“When I heard about the viewpoint, I rushed to the place and captured the images through the lens of my camera,” Mr Manzoor said.

There are many such fascinating viewpoints in Baltistan which have not yet been brought to fore. “I intend to discover such unique viewpoints to promote tourism in Baltistan.

Hussainabad village is located at a 10-minute drive from Skardu city. Its upper summer pastures — Baroque and Ispicho — are also famous tourist spots that attract local people and their families during the summer season. 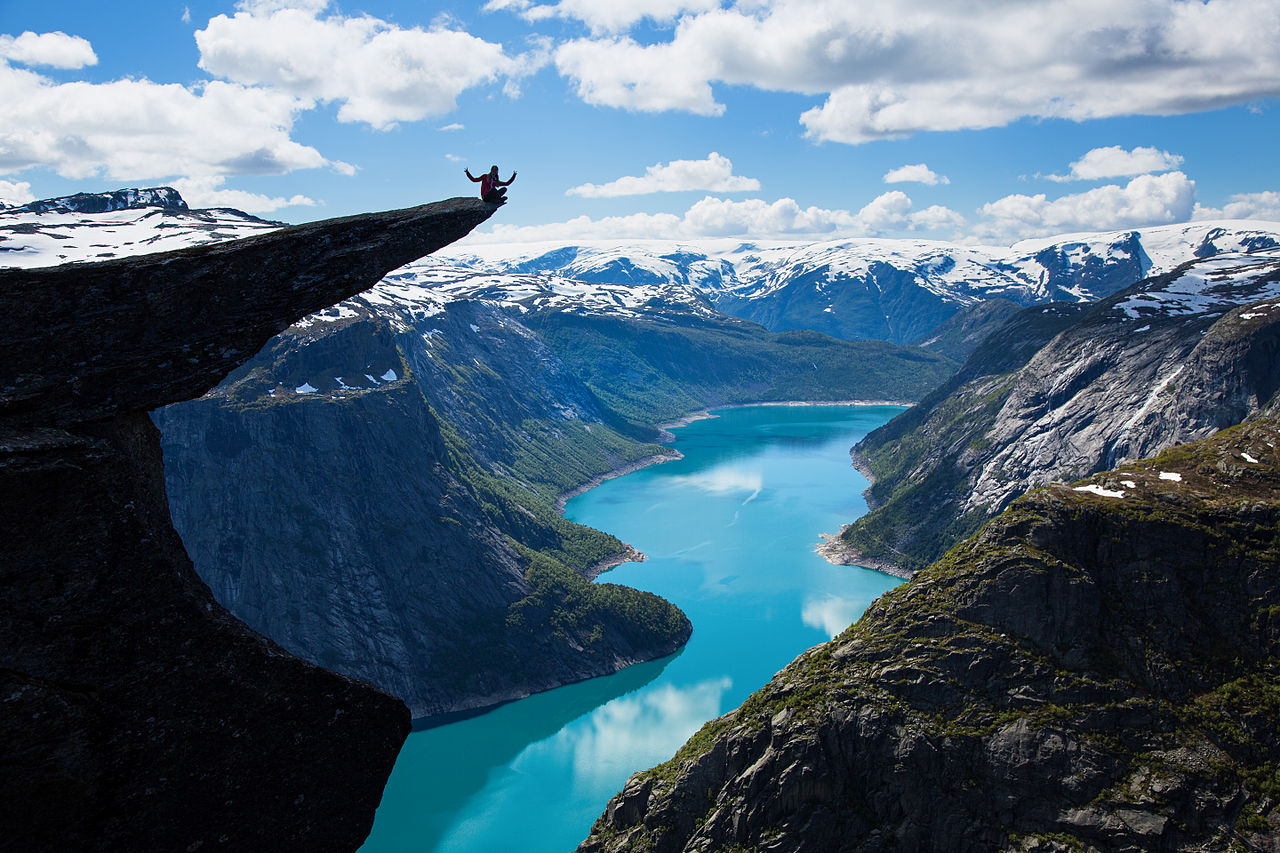 The pastures are accessible with road links from Hussainabad village. The hanging rock is located on a hill above Hussainabad Baroque, at an hour’s hiking distance.

The department of tourism needs to document th rock and publicise it in its brocheurs and media to attract tourists as it could become a major tourist attraction and source of livelihood for the local people.

Trolltonga is a rock formation hanging out 2,300 feet above Lake Ringedalsvatnet in Norway and majestic Preikestolen (preacher’s pulpit or rock). It has been declared as one of the world’s most spectacular viewpoints by Lonely Planet and BBC.

Legend has it that a cocky troll didn’t believe he would turn to stone when the sun came out and stuck his tongue out, making fun of the rising sun, when he was suddenly turned to stone.

The blockbuster Hollywood movie Mission Impossible: Fallout with Tom Cruise was also filmed on the top of Preikestolen. Its first premiere was also held there. Looking out over the Lysefjord from the pulpit rock is a lifetime experience.

The cliff is part of the Precambrian bedrock and was formed during the Ice Age, approximately 10,000 years ago, when the edges of the glacier reached the cliff. The water from the glacier froze in the crevices of the mountain and eventually broke off large, angular blocks, which were later carried away with the glacier.

Trolltunga (troll tongue) is a cliff jutting out at 1,100 meters above sea level and is a spectacular rock formation that stands horizontally out of the mountain about 700 meters above in Odda, Hordaland county, Norway.

Thousands of tourists visit Trolltunga during the four summer months, a number which has greatly increased to 100,000. No safety railing has been constructed on the edge of the cliff so as not to harm the natural beauty of the cliff, although a few small metal hooks have been installed as footholds to climb down to the rock.

On 5 September 2015, a 24-year-old Australian woman fell to her death off Trolltunga.

Moher cliffs in Ireland are also very famous. Mountain bikers ride along the cliffs, known as one of the most terrifying bike paths in the world.