Want to learn more about National Geographic’s feature on snow leopards and community conservation? Ajay Bijoor takes you behind the scenes of the story

Getting to know the people of Kibber

My first interaction with a larger group of local people in Kibber was at a livestock insurance meeting. Winter hadn’t set in fully, but the evenings had grown chilly. People had completed all domestic chores for the year. Winters are a good time to socialize here. As the light faded, villagers started trickling into the little room that doubled us as our field office and residence. I was a new face in the gathering and some local youth were quick to strike up a conversation with me. Some elder folk in attendance sat in a corner, rolling their prayer beads as they muttered some mantra. Women took another corner of the room, knitting away while conversing amongst themselves. 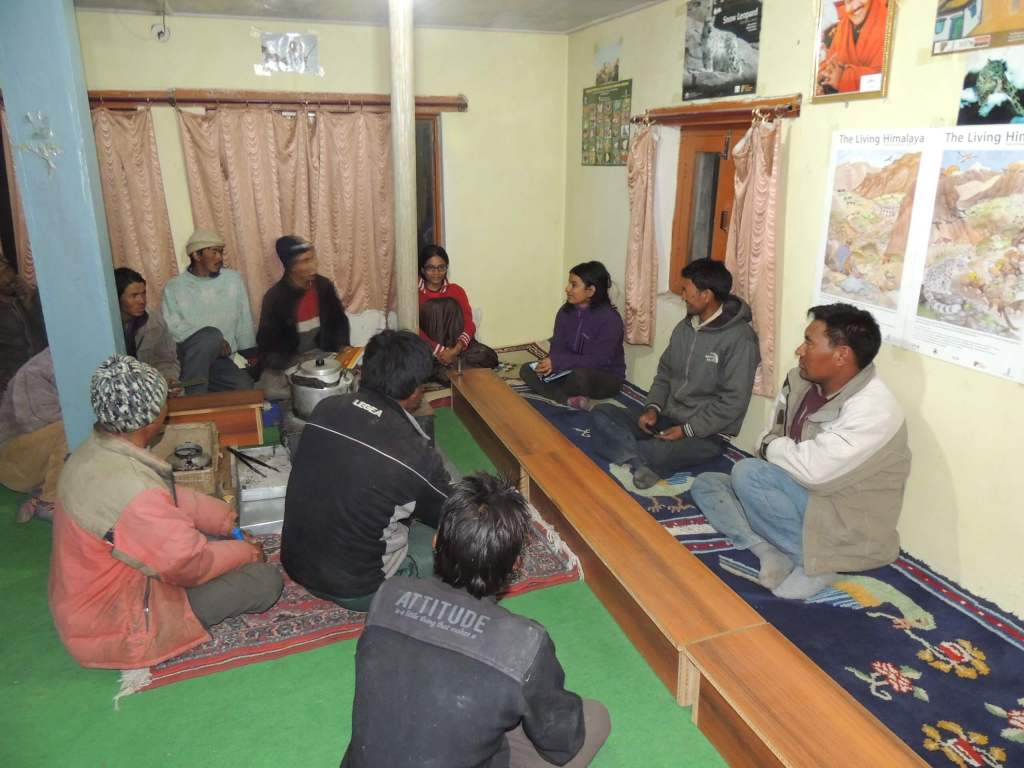 Lama, our caretaker, walked in with a few logs of fuelwood to warm the room. Soon he returned with several cups of tea for all of us who were snuggled up in this tiny room.

“Black tea? Have you run out of milk, Lama?” asked one of the elders.

“Maybe Lama’s cow hasn’t returned from the pasture today,” added one of the women.

“I hope you have insured her, Lama. Go check if she’s fine. If not, we can pay your compensation today,” added the fellow next to me in jest.

Everyone laughed and began sipping their tea. Soon the meeting came to order. The youth I had been chatting with turned out to be committee members of the insurance program. They read out details of the livestock killed that year. They also read out details of the premiums they collected, the number of livestock the villagers insured, and the matching contribution their program received. One of them pulled out cash which was to be paid out. The beneficiaries stepped forward as their names were called. One of the committee members put a picture of His Holiness The Dalai Lama to his forehead and swore that his case was genuine, then collected the insurance. Once these payments were made, the final accounts were tallied and read aloud. 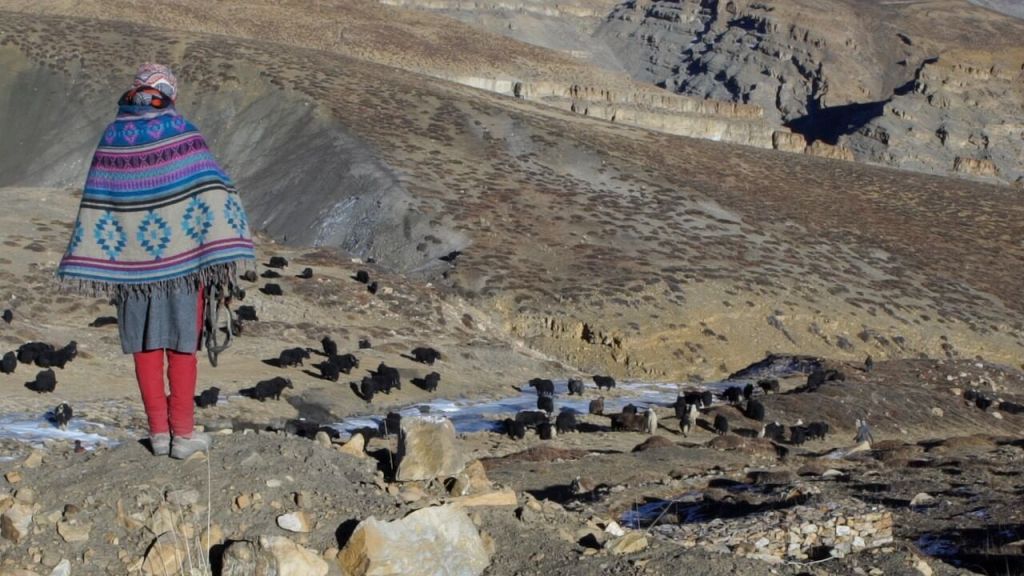 Many families who live in snow leopard habitat depend entirely on their herds of livestock for food and wealth. Photo by Munmun Dhalaria

Livestock rearing has always been an integral part of local livelihoods in this region. Surveys carried out around the Kibber plateau and its adjoining villages in c. 1998 showed that locals lost up to 20% of their livestock to carnivores—primarily snow leopards and wolves. Herders responded to this situation by rearing more livestock to compensate for anticipated losses. This sometimes caused competition between livestock and wild prey species, thus limiting their population growth and eventually making livestock more vulnerable to carnivore predation. When this vicious cycle was explained to the locals, they were eager to act. The question was how?

By the late 1990s, wildlife research around Kibber had already been going on for some years. The local youth had struck a healthy friendship with Charu (now Snow Leopard Trust’s Executive Director), who was leading much of the research as a doctoral scholar. It was during this time that the first discussions of an insurance program took root. Various models of livestock insurance were taking shape across snow leopard landscapes. Local villagers, especially the youth, began discussing whether such a program could be set up in Kibber. But there were many uncertainties. One of the original supporters, Chhering Tandup (Makhan), confessed many years later that most of them were confused about how the insurance would work, but they trusted the good intent of these efforts. 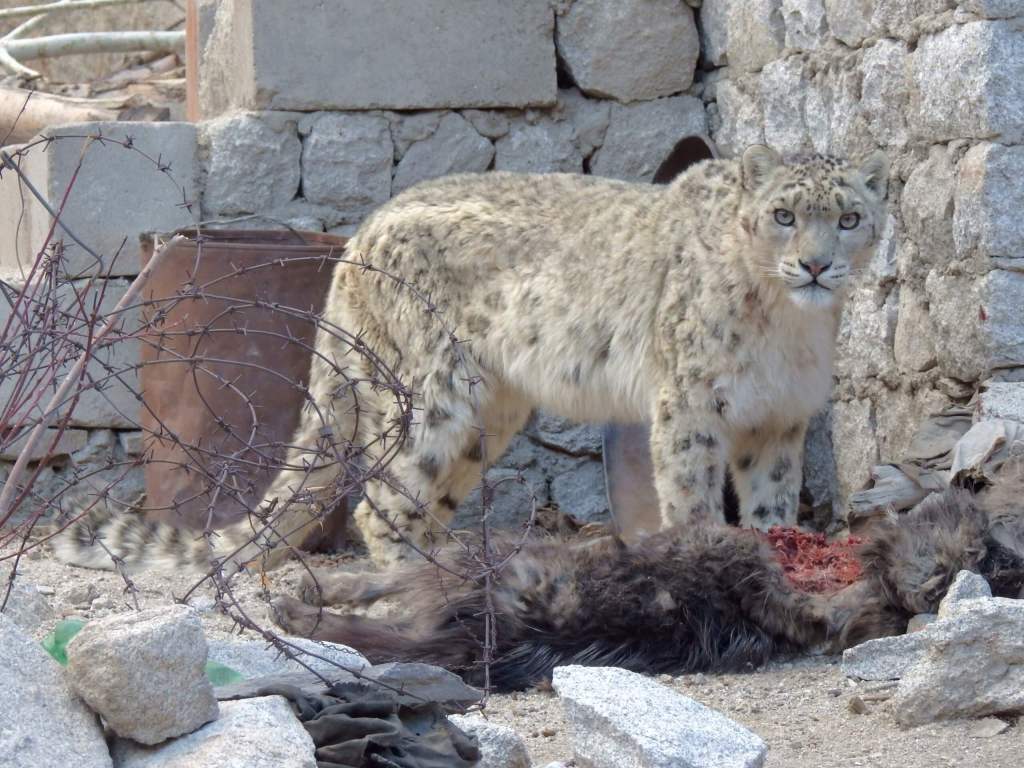 The snow leopard prefers its wild prey, but will occasionally take down livestock when presented with the opportunity. Photo by Karma Sonam

The basic concept of the program remained simple. Villagers fixed a premium to insure their animals and worked out compensation to cover cases of any livestock killed by a carnivore. Any participant who lost livestock could report the loss to the village insurance committee, who would then verify it.

The committee, which comprised of participants taking turns fulfilling various roles, managed all financial matters, including annual relief payouts to claimants. The only condition the participants had to honour was that the carcass of insured livestock killed by a carnivore must be left undisturbed. This condition was put in place so that the predator could consume the carcass and would not be forced to immediately hunt any other livestock.

This first version of the Kibber insurance program started in 2002. Over the years, the program has seen highs and lows, but it has survived. I’ve had the privilege of getting to know the program from the perspective of the locals who run it. I once tried to understand why the villagers were hesitant to consider increasing premium and compensation rates to make them more attractive. Dorje Chudim, one of the members explained, “Our aim is to ensure that the program is affordable, so every villager can join if they feel the need. Even if that means that we pay a lower compensation.” This was a well thought out decision that only a herder who had faced loss could emphasize. 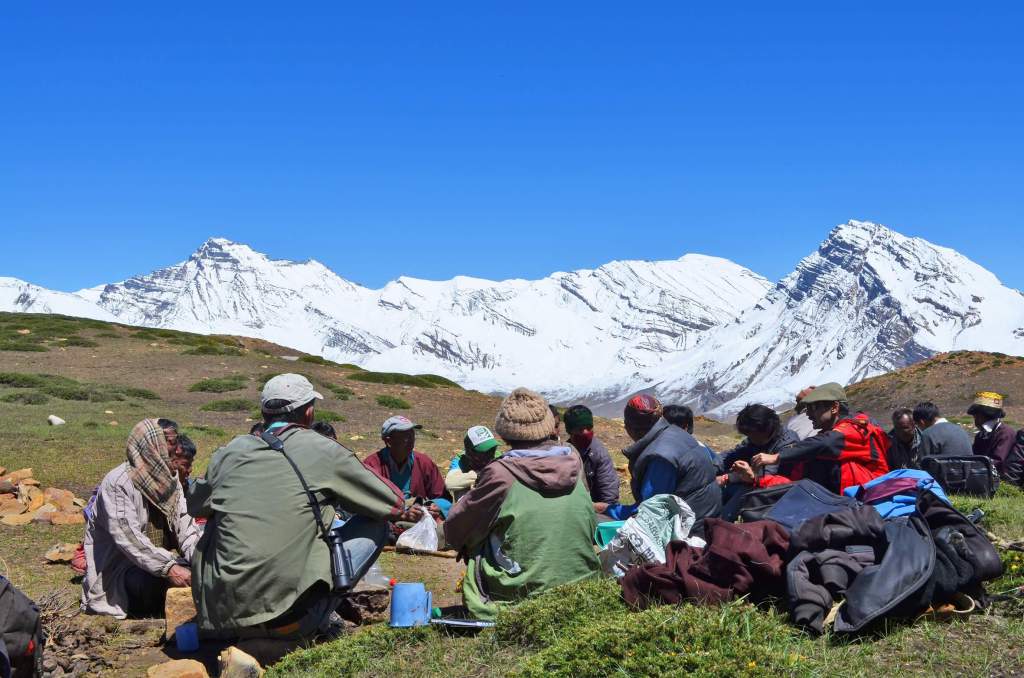 A community in India meets to collaborate on conservation solutions. Photo by Snow Leopard Trust

The need for community collaboration

Later, I was struggling to understand why more villages were not willing to start a similar program. Sensing my frustration, Tanzin Thinley, a colleague from Kibber and a participant in the insurance program explained, “The program makes sense for our village because our livestock face a great risk in some of the pastures where they graze. But the setting is different for every village. The nature of the interaction between people, their livestock, and snow leopards changes with every village. And so does the type of intervention required.” I wondered why I hadn’t come to this realization. Was it because I couldn’t think like a herder?

In retrospect, I believe the resilience of our community conservation programs hinges on the fact that they remain relevant for their participants. Better still, participants play a lead in tailoring these programs to their unique concerns. Today, Kibber is a village where the community manages multiple programs ranging from a socially-fenced reserve to a conservation-linked enterprise involving local women. Several of these programs have expanded to other villages in the valley and adjoining snow leopard landscapes. The insurance program itself runs in eight different villages in India. 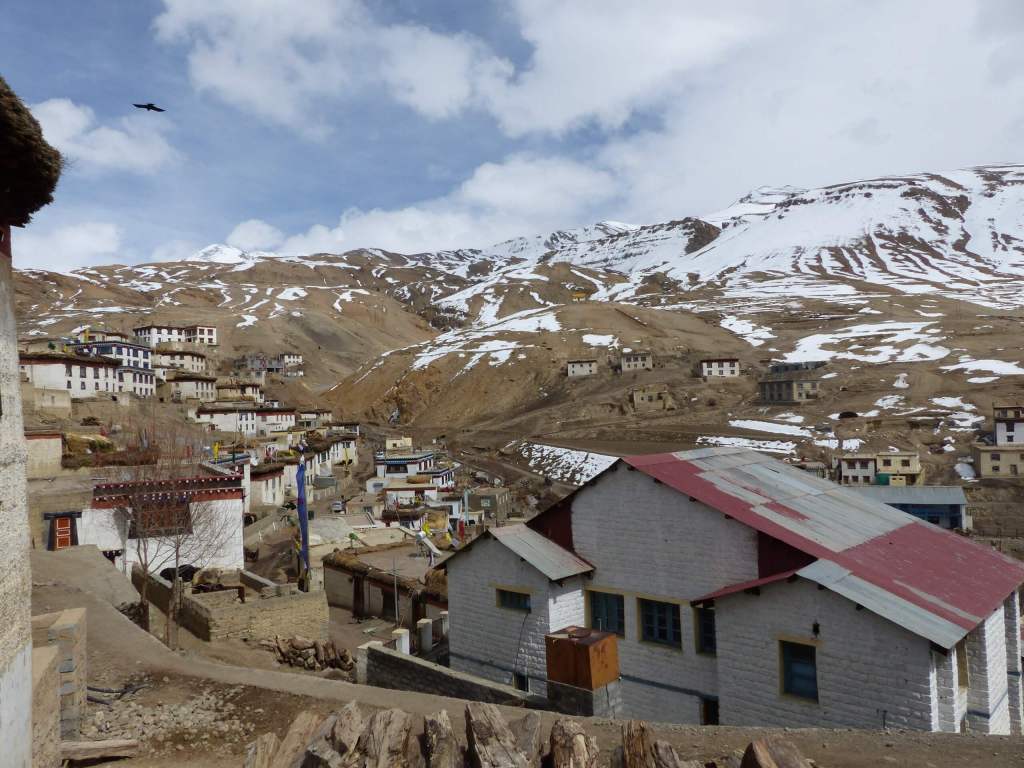 Kibber is just one of the villages in India where community members manage snow leopard conservation programs. Photo by Snow Leopard Trust

Reflecting on my experiences engaging with the locals left me with refreshing new insights. During my latest visit to Kibber I encountered a goat with ribbons tied around its neck. I asked Tanzin, the owner, what the decoration meant. He replied that this particular goat’s life was spared in response to a good fortune that their family witnessed.

“This goat will never be butchered,” he said.

“Isn’t that a financial loss?” I asked.

“Sparing a life might bring good karma many times over,” he smiled as he walked past.

People in Kibber share a deep connection with nature. Yes, they derive their livelihoods from her, but elements of nature are also intertwined in their unique culture, traditions, and beliefs. Because they have such a huge stake in this landscape, they are committed to protecting it. As supporters of conservation in these landscapes, the best thing we can do is to catalyze conservation efforts is to work alongside local communities. This feature was first published in Snow Leopard Trust newsletter