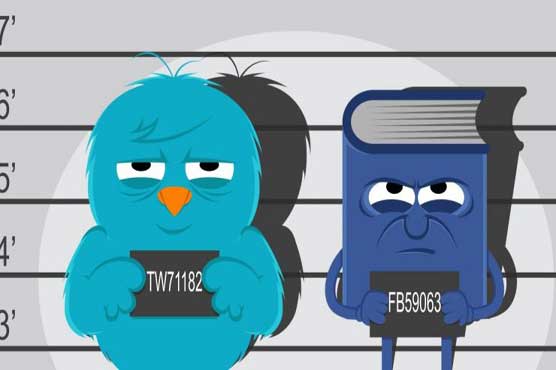 The coalition of social media tech giants and legal experts have alarmed that the new regulation will curb political dissent, harm privacy, and online business

Islamabad:  Human rights and media watchdogs as well as lawyers, citizens and a global technology coalition have hit out at government’s new measures to regulate social media platforms and demanded immediate withdrawal of the proposed rules.

They have described the new measures a “blatant attempt to exert total control over content not just being shared on public digital platforms but also on content being exchanged through private communication and messaging networks, defined as Over The Top Applications (OTTA) in the rules.”

The Citizen’s Protection (Against Online Harm) Rules, 2020 were actually notified of 21st January 2020 but were kept secret. The details appeared on local media on 12th February.

According to media watchdogs and legal experts, the scope and scale of action defined in the rules will go way beyond the mandate given under the Pakistan Telecommunication Act, 1996 and the Prevention of Electronic Crimes Act, 2016.

According to the Rules, the social media companies will be required to register in Pakistan within three months from the passing of the rules i.e. January 21 and localise data and servers in Pakistan within twelve months in order to continue to operate in the country.

The social media companies will also be required to comply with any and all requests including the provision of decrypted data on OTTA platforms.

Non-compliance could result in the closure of services or a fine of up to Rs500 million.

The Committee to Protect Journalists’ (CPJ) has criticised the Pakistani government on the new regulatory measures targeting social media platforms in Pakistan where the media have been subjected to growing censorship and pressure following the election of Prime Minister Imran Khan in 2018.

According to reports, the new measures announced earlier this week would pave the way for allowing Pakistani authorities to ask for the removal of content, disable encryption, and demand companies open offices and host data centres inside the country.

“These stringent but vague rules approved by Pakistan’s federal cabinet threaten the ability of journalists to report the news and communicate with their sources,” CPJ’s Asia programme coordinator Steven Butler said.

“The cabinet should immediately reverse course and seek broad consultations with legislators and civil society, including the media, on how to proceed with any such regulations.”

Federal Minister for Science and Technology Fawad Chaudhry defended the measures, saying “now we have a regulation to control the harmful content on social media, but it has nothing to do with the political content,” the minister told AFP Friday.

“If anyone has a better suggestion for this mechanism and to support freedom of expression, we will listen.”

In recent years the space for dissent has shrunk further in Pakistan, with the government announcing a crackdown on social networks and traditional media houses decrying pressure from authorities they say has resulted in widespread self-censorship.

PFUJ: Pakistan Federal Union of Journalists (PFUJ) has also rejected new set of rules to regulate social media platforms terming it as an attempt to control freedom of speech and expression, guaranteed under Article 19 of the Constitution.

In a joint statement issued in Islamabad on Thursday, PFUJ President Shahzada Zulfiqar and Secretary-General Nasir Zaidi noted that the current PTI government was bent on placing restrictions on media, social media to muffle freedom of speech since it came into power.

“These attempts indicate government’s dictatorial tendencies and authoritarian behaviour and the fact that it cannot face criticism of any kind and from any medium of the media in the country.”

Attacks on media houses, forced retrenchments of independent journalists on the directions of state organs, curtailment of advertisements to force media houses to toe government’s line are all aimed at curtailing freedom of expression in the country, the statement read.

PFUJ will not allow such an attack on civil liberties and resist the attempts to tame the social media platforms, the PFUJ leaders said adding that it was an attempt to bring down the entire democratic process by silencing the free speech particularly the opposition.

The PFUJ leaders said that after government’s complete failure on all economic and political fronts, it is now trying to sustain itself by controlling the social media through such draconian laws.

HRCP: The Human Rights Commission of Pakistan (HRCP), Pakistan’s premier rights watchdog has supported the PFUJ statement and urged the government to reconsider its decision.

In a statement on Friday HRCP Chairperson Dr Mehdi Hassan said such a move made without consulting civil society stakeholders has no credible justification.

“While the government has said that these rules are intended to prohibit ‘unlawful’ online content, HRCP is concerned that they will enable the designated authorities to control freedom of expression and opinion in the guise of protecting ‘religious, cultural, ethnic and national security sensitivities.’”

Such broad parameters could well be used to justify removing online content deemed critical of state policies or to access unencrypted user data, making ordinary users vulnerable to the misuse of personal data. Political dissent will be the first to suffer, the statement noted.

The rules will contract the space that exists for citizens to access information that the mainstream media does not, or cannot, provide.

In a statement the PBC Vice-Chairman Abid Saqi, stated that the new move seeks to gag the media and curtail freedom of expression and digital rights of citizens.

“PBC believes that the reported Rules, prima facie, seek to curb online free speech, invade privacy of citizens and restrict their access to information and hence are not only in conflict with the spirit of articles 14, 19 and 19A of the Constitution of Pakistan but also against the principles of International Covenant on Civil and Political Rights which Pakistan is a signatory to.”

“Vague definitions, the non-representative nature of the mechanism of the proposed office of the National Coordinator and an arbitrariness in this proposed decision-making process, as provided by the Rules without any statutory backing reflect the real malicious intent of government behind this action.”

PBC has also called on the parliament and all parliamentary parties to resist these measures, otherwise the enforced silence of Pakistani people will also extend to people’s representatives, the media as well as the lawyers’ bodies and the judiciary.

A joint statement endorsed by a host of civil society groups and individual journalists highlights the potential harms of the ‘rules for protection against online harm’ and urged the government to immediately de-notify them.

The statement was endorsed by the PFUJ, Pakistan Press Foundation, Media Matters for Democracy, Bolo Bhi, Courting the Law, Digital Rights Foundation, Women in Media Alliance in addition to a number of journalists, lawyers, and other civil society representatives.

The joint statement highlights the potential impact of these rules on Pakistan’s digital economy and the citizens’ fundamental rights, including the right to do business freely.

It stated that rather protecting citizens from online harm, these Rules stand to create significant harm by isolating Pakistani citizens from the global Internet.

“In addition to infringing upon the fundamental rights of citizens, these rules could result in a standoff between the Pakistani government and the social media platforms, and in a position when Pakistan’s digital economy is just about to take off, this is the worst thing that could happen”, says Asad Baig, the director of Media Matters for Democracy.

The responsibilities of Social Media Companies as defined in the Rules are invasive, impractical and non-responsive to the realities of the global digital media market.

“The government has endlessly made a big show of being a believer in the potential of technology to transform Pakistan and yet come up with Rules that are so ill-informed and ill-conceived that they are likely to push out the movers and shakers of the global technology space out of Pakistan,” says Sadaf Khan, director Media Matters for Democracy. 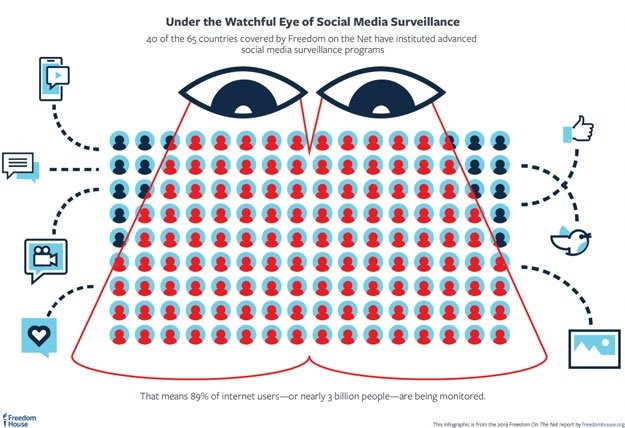 The Asia Internet Coalition (AIC), a representative body of thirteen global technology companies, have expressed ‘deep concern’ over the Rules calling them likely to be ‘detrimental to Pakistan’s ambitions for a digital economy’.

The coalition that has consistently engaged with the Pakistani government by submitting inputs on different national policies, has expressed concerns that these rules “harm citizens’ privacy, safety and right to the expression”.

The by AIC managing director Jeff Paine stated that these rules will jeopardize the personal safety and privacy of citizens, and undermine free expression.

“We urge the Government to reconsider these rules, which are likely to be detrimental to Pakistan’s ambitions for a digital economy”, the statement read. Additional input from AFP and MMfD

By Khairuddin Shadani As Pakistan prepares for another round of elections later this year,…