State Subject Rule and Khalsa Sarkar are outdated instruments of the colonial era which are irrelevant to address today’s complex issues: Muhammad Abbas

Rawalpindi:  Speakers at a dialogue on Sunday called for a new social contract between the people of Gilgit-Baltistan (GB) and Pakistan to resolve the constitutional and political issue of the disputed region that has been kept in limbo for the last over seven decades.

They called for unity of the progressive and nationalist forces and oppressed people of GB and Kashmir to fight for their democratic and constitutional rights as well as the right to self-determination.

They expressed these views at a dialogue on “Gilgit-Baltistan and Jammu Kashmir issue in the perspective of history, accords and the UN resolutions”, organized by GB Bachao Tehreek in collaboration with the Rawalpindi Arts Council.

“A new social contract between the people of Gilgit-Baltistan and Pakistan on the basis of democratic norms is inevitable to resolve the simmering constitutional issue of GB and restore the trust of the people on the state,” asserted political activist Syed Muhammad Abbas.

He discussed in detail the various agreements signed between the Dogra rulers of the pre-partition Jammu and Kashmir and the British Empire as well as in the post-partition era between Pakistan-controlled Kashmiri leaders and Pakistan’s ruling class.

“People of GB had never been part of all these agreements and contracts, including the Amritsar and Karachi accords which he described the violation of basic democratic and human rights.

Comparing the situation in both parts of the divided Himalayan state, Mr Abbas said in Indian-occupied Kashmir Article 370  was incorporated in the Indian Constitution to safeguard the special status of J&K that has now been abrogating by the Indian government.

Likewise, the Pakistan-administered Kashmir status is protected through a provisional constitution. However, in GB there have been no such arrangements between Pakistan and the region. The people of the GB are deprived of their democratic rights.

Mr Abbas rubbished the GB or Islamabad governments’ claims of ownership on ancestral collective land of the indigenous people under the pretext of the outdated ‘Khalsa Sarkar’, an instrument that seized to exist after partition.

He argued that there is no mention of ‘Khalsa Sarkar’ in the Land Revenue Act of Pakistan. Any land captured in war or purchased from people after paying compensation can only be considered as state land. In GB, the state has no right to lay claim on people’s land.

He urged Pakistani rulers to revisit their policies and sign a new social contract with GB.

He also deconstructed the much-hyped State Subject Rule (SSR) and dubbed it an obsolete arrangement imposed by the Dogra Maharaja to create four categories of his subjects (citizenship). It is an anti-people and exploitative instrument and has no relevance in today’s world.

The only way out to resolve the issue was to enter into a new social contract between the state and citizens to ensure democratic and fundamental rights, he argued.

His views were also echoed by PPP activist Fehmida Barcha who called for unity and convergence of divergence political views on minimum points for a new social contract.

“Our opinions are divided and we do not have a common agenda”, Ms Barcha said, calling for unity of political forces to demand their rights from the state through a “bill of rights”.

Reflecting on the disappointing ratio of women participation in politics, she blamed the patriarchal mindset which was restricting them from participating in politics. 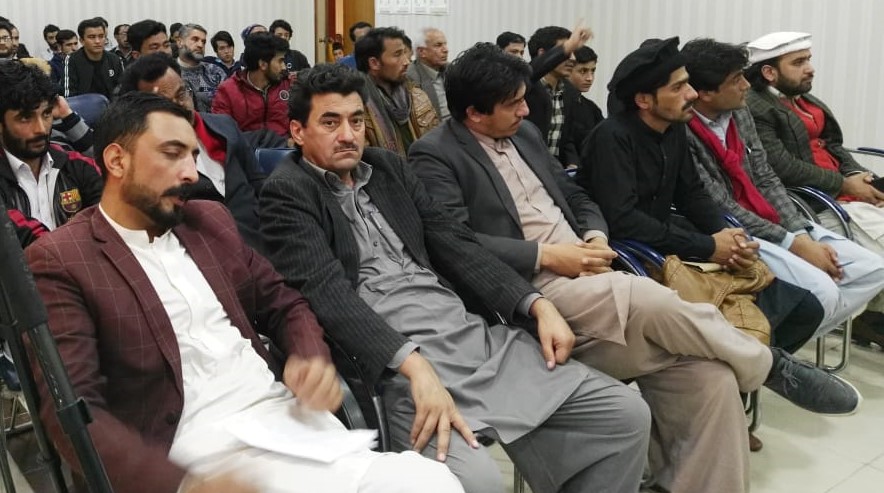 He also spoke about the events leading to the 1846 Amritsar Treaty and the Karachi Agreement of 1949.

He said that the creation of Kashmir state and control over GB was part of a “Great Game”. Kashmir’s Dogra rulers were part of this sinister game and served the interest of the colonial powers. The so-called liberation of GB was also part of this colonial design to stop the expansion of the Czars and the latter communist Soviet Union as well as China to the South Asian Subcontinent.

Explaining his party’s stance on the thorny issue of GB-AJK ties, Advocate Zulfiqar said his party considers GB as part of the Kashmir issue but not part of J&K. It is the right of the people of GB to decide about their future and ownership of their land and resources.

He proposed establishing a constituent assembly with equal representation from GB and Kashmir which could safeguard the identity of GB and Kashmir and the human and democratic rights of the two regions.

Shujaat Ali Khan, chief of the Gilgit-Baltistan Jamhoori Mahaz, demanded that GB should be considered the fourth party to the Kashmir issue. The other three parties are Pakistan, India, and Kashmir.

He proposed formation of a supreme body of all political parties from IOK, Pakistan-administered Kashmir, Tibet, Kargil, and other regions to start a common struggle.

Senior journalist and Awami Workers Party activist Farman Ali spoke about the history of the emergence of nation-states in the post-industrial era and hegemony of the capitalist class on resources and nations.

He said that there had never been permanent nation-states.

“The physical boundaries of nation-states have always changed, expanded and reduced by the ruling elites for their hegemony and exploitation of resources of weak nations.”

He urged the students and historians to break the historical myths and deconstruct state narratives to expose the ruling elite’s designs.

“Those who voice against atrocities and violations of human rights are dubbed as ‘traitors’ to befool common man.

He said that there were only 2pc billionaires who were controlling 50pc of the resources and wealth of the world. They are responsible for climate change and the destruction of nature. The mountain societies are facing the brunt of this catastrophic change, he said.

He called for creating links between mountain communities and the working class of Kashmir, GB and the world to launch struggle against the ruling elite and imperialism to create an egalitarian society based on social justice, harmony, and pluralism.

In the end, the audience posed questions about SSR and the constitutional status of GB and demographic changes taking place in GB and forceful control over collective land and resources by the powerful rulers.