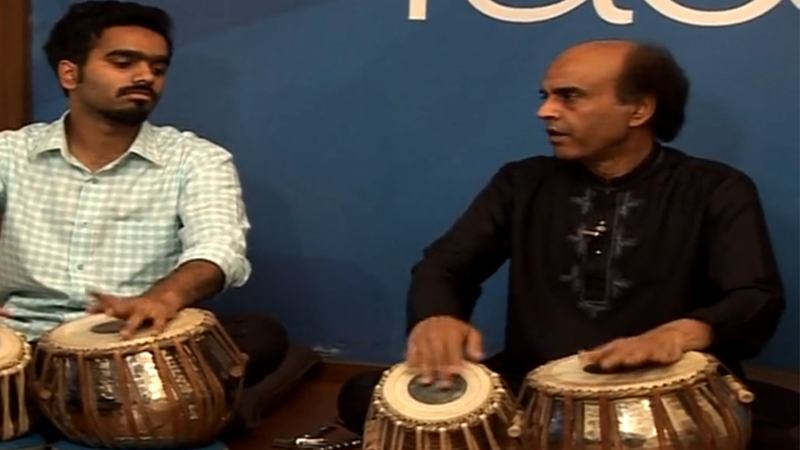 Legendary tabla player Ustad Muhammad Ajmal Khan died in Islamabad on Friday due to cardiac arrest. He had been living in the federal capital with his family. He was laid to rest at the H-11 Graveyard.

Born in Multan in 1957, Ajmal Khan started playing the talba (percussion) at the age of 12. Renowned Qawal brothers Bakshi and Salamat were his father and uncle, according to Aale Ali, a family friend of the deceased.

The 62-year-old pride of performance recipient gave Pakistan and its culture some of the most beautiful treasures of music.

The classical music maestro parted his Qawwal background and started playing the Tabla at the age of twelve when he was exposed to its charms on the radio. Later, his father, Bakshi Salamat Qawwal, bought him one to practice at home.

It was later in 1976 when he was 19 when his mentor, Ustad Shaukat Hussain took him under his wing and his formal training began.

Throughout his life, Ustad Ajmal Khan promoted the culture of Pakistan all over the world. He has played the Tabla in sixty different countries. The Ustad also had the privilege of performing with a long list of artists such as Ghulam Ali, Ghulam Abbas, Naheed Akhtar, Pathanay Khan, Mehdi Hassan Khan, Noor Jahan, Abida Parveen, Nusrat Fateh Ali Khan and many more.

Ajmal Khan is survived by his widow, two sons and one daughter. He said that Ajmal Khan and his brother had long been living in Islamabad and funeral prayers also took place in Islamabad. He said Ustad Ajmal learnt the tabla playing from famous player Ustad Shaukat Hussain.

He played tabla with Noor Jahan, Mehdi Hassan Khan, Ghulam Ali, Ghulam Abbas and many more. The deceased performed in more than 60 countries. He was awarded Pride of Performance by Pakistan government on Aug 14, 2012.

“He used to attend and perform in the mehfils organized by former president Pervaiz Musharraf,” he added.