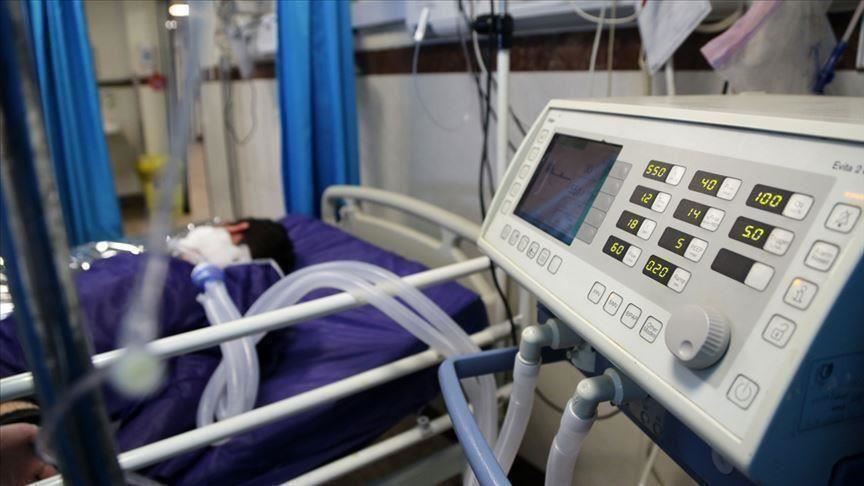 Tajikistan on Saturday reported first two deaths from the coronavirus.

The state television confirmed the deaths and reported that the number of COVID-19 cases had risen to 76 from 44.

Around 2,800 people have been quarantined in hospitals, it also said.

The country made it compulsory for people to wear protective masks upon the decision taken by the Coronavirus Prevention Centre during a meeting chaired by Prime Minister Kokhir Rasulzoda.

With the decision, a break was announced for all university students in the country starting from May 4.

More than 3.38 million cases have been reported in 187 countries and regions since the virus emerged in China last December, with the US and Europe the world’s hardest-hit areas.

A significant number of COVID-19 patients — over 1.06 million — have recovered, but the disease has also claimed close to 240,000 lives so far, according to data compiled by the US’ Johns Hopkins University

The state-run Khovar news agency said that the task force ordered that all Tajiks must now wear face coverings when outdoors.

Even as infections skyrocketed in other Central Asian nations, Rahmon flouted international experts’ warnings of social-distancing restrictions or other measures to try to curtail any spread of the disease.

Suspicion has grown amid a spike in respiratory diseases that have been described as pneumonia or tuberculosis.

Even though it had not confirmed any cases at the time, the government last week closed schools for two weeks and suspended the national soccer season over the coronavirus.

Adding to the confusion, the country representative of the World Health Organization, Galina Perfilyeva, has for weeks repeated government insistence that there were no cases in the country.

Turkmenistan now is the only country in Central Asia that has not officially reported any cases of the virus.

Other countries across Central Asia have begun to ease restrictions that were suspended over the coronavirus outbreak.

Kyrgyz Prime Minister Mukhammedkalyi Abylgaziev said on April 30 that the resumption of economic activities will take into consideration priorities and proceed in 10-day stages beginning on May 1.

According to Abylgaziev, his cabinet has allocated some $9 million for measures to slow the spread of the virus.

The health ministry said on April 30 that the number of coronavirus cases in the country had reached 746, including eight deaths.

Neighboring Uzbekistan has begun to ease restrictions as well, announcing that, as of April 30, citizens could resume using private cars from 7 a.m. to 10 a.m., and 5 p.m. to 8 p.m. The use of private vehicles was temporarily banned in March because of the pandemic.

A day earlier, the Uzbek government extended the suspension of all flights abroad to June 30. International flights, except cargo flights, were suspended initially for one month on March 30.

According to health officials, there were 2,017 coronavirus cases, including nine deaths, in Uzbekistan as of April 30.

The largest number of coronavirus cases in the region has been officially registered in Kazakhstan, where the latest figures on April 30 were 3,273 cases with 25 deaths.

Reporters Without Borders (RSF) has called on Kazakhstan to stop harassing journalists covering the coronavirus outbreak in the country, saying they are being subjected to “interrogation, prosecution, and violation of the confidentiality of their sources.”

“On the pretext of avoiding panic, the authorities are harassing journalists and bloggers who stray from the official line on the epidemic,” Jeanne Cavelier, the head of RSF’s Eastern Europe and Central Asia desk, said in a statement on April 30.

“This exploitation of the state of emergency is harming press freedom in Kazakhstan. It must stop,” Cavelier added.

The statement cited the case of Zaure Mirzakhodjaeva, a journalist and blogger in the southern city of Shymkent, who was summoned and questioned by the police for seven hours last week over a Facebook post.

It said Mirzakhodjaeva is now being criminally investigated for allegedly spreading false information.

Media in Kazakhstan have been subjected to “judicial harassment” since the Central Asian country declared a state of emergency on March 16, according to RSF.

The Paris-based media freedom watchdog said the authorities are “monitoring social media and media outlets closely for what they regard as excessive criticism of the government’s handling of the health crisis.”RFE/RL, Reuters, Khovar, and DPA