While science and technology flourish in the modern world, a vast majority of Muslims, engulfed by obscurantism, still find solace in fantasies of a bygone era

As we remain enamored by our past achievements in the sciences, we forget that there is very little “original” we as Muslims can celebrate and be proud of.
It was during the reign of Abbasid caliphs, particularly Mamun-ur-Rashid (around 813 CE) that in his Dar-ul-Hikmah (the house of wisdom) in Baghdad, the Muslim scholars would begin translating the classic Greek works, primarily toeing the Aristotelian tradition. In addition, they were heavily relying on Persian and Indian sources. They also penned huge commentaries on works by Greek philosophers. However, the Muslim translators were small in number and were primarily driven by curiosity. More than 99 percent of Arabic translations of Greek philosophers’ works were done by either Christian or Jewish scholars. It is interesting to note that Islamic astronomy, based on Ptolemy’s system was geocentric. Algebra was originally a Greek discipline and ‘Arabic’ numbers were actually Indian.

Most of these works were available to the West during the 12th century when the first renaissance was taking place. Although Western scholars did travel to Spain to study Arabic versions of classical Greek thought, they soon found out that better versions of original texts in Greek were also available in the libraries of the ancient Greek city of Byzantium.

However, it would be unfair not to mention a few of those great Muslim scholars, though very few in number, who genuinely contributed to the development of philosophy and science:
Al-Razi (865 – 925 CE) from Persia, the greatest of all Muslim physicians, philosophers, and alchemists wrote 184 articles and books, dismissed revelation and considered religion a dangerous thing. Al-Razi was condemned for blasphemy and almost all his books were destroyed later.

Ibn-e-Sina or Avicenna (980-1037CE), another great physician, philosopher and scientist was an Uzbek. Avicenna held philosophy superior to theology. His views were in sharp contrast to central Islamic doctrines and he rejected the resurrection of the dead in flesh and blood. As a consequence of his views, he became the main target of Al-Ghazali and was labeled an apostate.

Ibn-e-Rushd (1126-1198 CE) or Averroes from Spain was a philosopher and scientist who expounded the Quran in Aristotelian terms. He was found guilty of heresy, his books burnt, he was interrogated and banished from Lucena.

Al-Bairuni (973-1048 CE), the father of Indology and a versatile genius, was of the strong view that the Quran has its own domain and it does not interfere with the realm of science.

Al-Khwarizmi (780-850 CE) was another Persian mathematician, astronomer, and geographer. The historian Al-Tabri considered him a Zoroastrian while others thought that he was a Muslim. However, nowhere in his works has he acknowledged Islam or linked any of his findings to the holy text.

Omar Khayyam (1048-1131 CE), one of the greatest mathematicians, astronomers and poets was highly critical of religion, particularly Islam. He severely criticized the idea that every event and phenomena was the result of divine intervention.

They [Muslim scientists] were influenced by Greek, Babylonian or Indian contributions to philosophy and science, had a critical and reasoning mind and were not “good” Muslims, some even atheists.

Ibn-ul-Haitham or Hazen (965-1040 CE) was an outstanding physicist, mathematician, astronomer and an expert on optics. He was ordered by Fatimid King Al-Hakim to regulate the floods of the Nile, which he knew was not scientifically possible. He feigned madness and was placed under house arrest for the rest of his life. 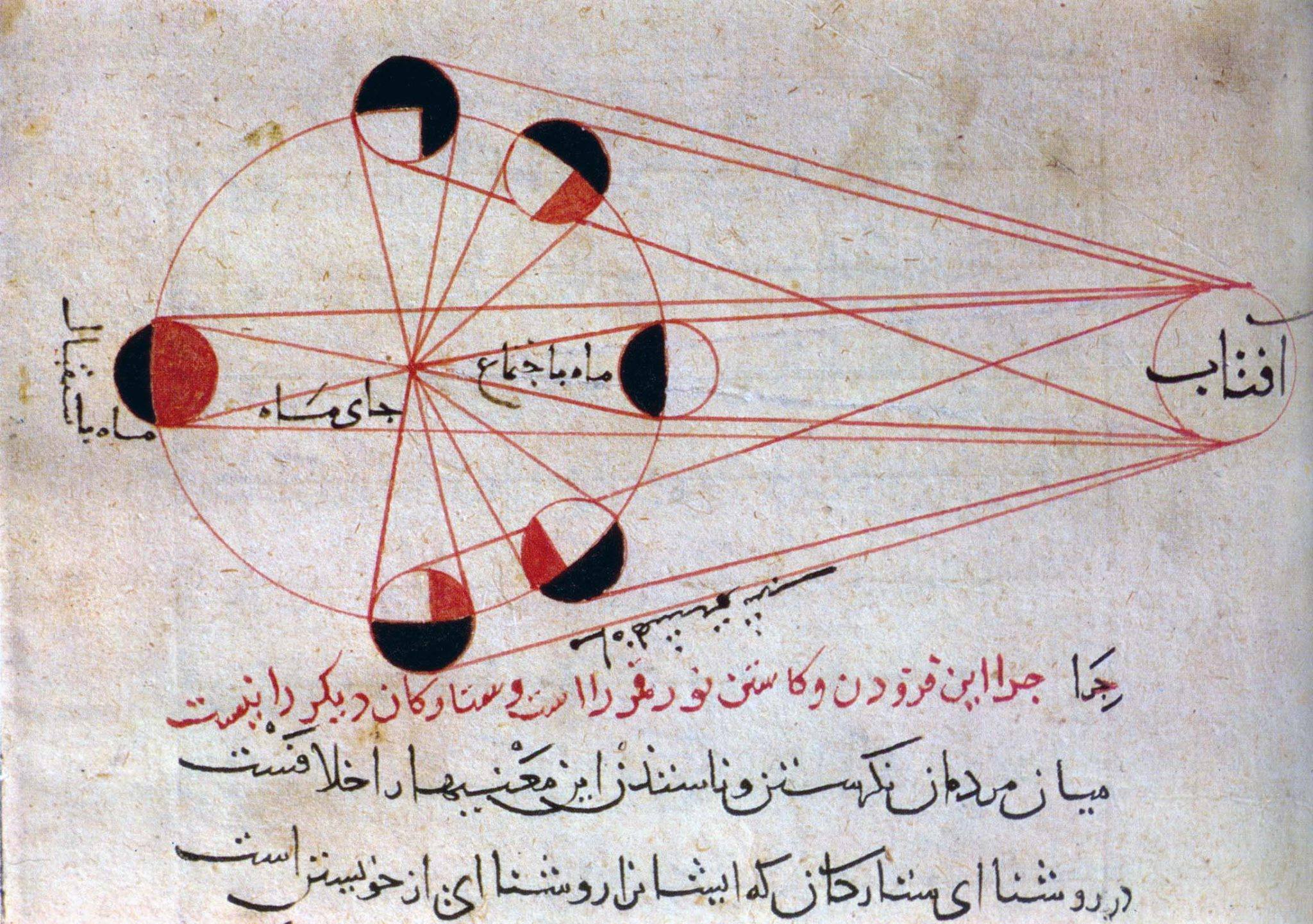 As we go through the life history of these great men we find that they were influenced by Greek, Babylonian or Indian contributions to philosophy and science, had a critical and reasoning mind and were not “good” Muslims, some even atheists. A significant number of them were reluctant to even reveal the status of their beliefs for fear of reprisal from the fanatics. They never ascribed their achievements to Islam or divinity. And they were scholars and scientists because of a critical mind which would think and derive inspiration from observation and not scriptures which set restrictions on free-thinking and unhindered pursuit of knowledge.

Whatever little contribution to science was made can be owed to ‘imperfect Muslims’. while the ‘perfect Muslims’, from the 12th Century gave the biggest blow to scientific thought in the Muslim world

Hence, bringing in Islam to highlight the achievements of Muslim scientists is nothing but sheer rhetoric as these men did not derive their achievements out of Islam or flourished due to Islam. And we find that whatever little contribution to science was made can be owed to ‘imperfect Muslims’.

However, it was the ‘perfect Muslim’, the Islamist, from the 12th century who was to give the biggest blow to scientific thought in the Muslim world. Imam Ghazali (1058-1111 CE) who still occupies a center stage among Muslim philosophers openly denounced the laws of nature and scientific reasoning. Ghazali argued that any such laws would put God’s hands in chains. He would assert that a piece of cotton burns when put to fire, not because of physical reasons but because God wants it to burn. Ghazali was also a strong supporter of the Ash’arites; philosophers who would uphold the precedence of divine intervention over physical phenomena and bitterly opposed the Mu’tazillites; the rationalists who were the true upholders of scientific thought.

In other words, Ghazali championed the cause of orthodoxy and dogmatism at the cost of rationality and scientific reasoning. Today we find that all four major schools of Islam reject the concept of ‘Ijtehad’ which can loosely be translated as ‘freedom of thought’. Hence there is absolutely no room for any innovation or modification in traditional thought patterns. We also find that as Europe was making use of technology while transforming into a culture of machines, the acceptance of these machines was extremely slow in the Islamic world. One prime example is that of the printing press which reached Muslim lands in 1492; however, printing was banned by Islamic authorities because they believed the Quran would be dishonored by appearing out of a machine. As a result, Arabs did not acquire a printing press until the 18th century.
It also stands established that science is born out of secularism and democracy and not religious dogmatism. And science only flourished in places where religion had no role to play in matters of state. Hence, there is an inverse relationship between religious orthodoxy and progress in science. Rational thought in the Muslim world developed during the reign of liberal Muslim rulers of the Abbasid dynasty who patronized the Mu’tazillites or rational thinkers.

However, it was after the religious zealots’ compilation of the ahadis and the rise of scholars like Ghazali that all scientific reasoning came to an end in the 13th century.
As a consequence, the Muslims contributed almost nothing to scientific progress and human civilization since the dawn of the 13th century. And while science and technology flourish in the modern world, a vast majority of Muslims, engulfed by obscurantism, still find solace in fantasies of a bygone era —the so-called ‘golden age’ of Islam.

Waseem Altaf is a senior bureaucrat serving in a public sector organization. He is a prolific writer and blogger.