How parents, teachers are failing their own; Society and government need to respond to red flags to prevent young from taking their own lives

Suicide is as complicated a phenomenon as human nature. Owing to its complex nature, it is difficult to identify if an individual is contemplating to take extreme step of ending her or his life. Prima facie, things might look fine with the individuals who suffer from some kind of turmoil within by wearing a calm veneer outside. The victim might suffer from a mental or psychological illness or it could be because of an emotional crisis that is engulfing her or his personality. It has been observed that many suffering from psychological disorder or trauma find it difficult to share their mental state and feelings. Thus, they remain hesitant and ultimately go into total alienation from society. This alienation from the surrounding environment is just a prologue to suicide. This becomes more alarming as they show no sign of the intention of killing themselves. Nevertheless, this is not always the case. As in some circumstances, the victims do give signals but people around them remain oblivious to their pleas. So, their “scream for help” falls on deaf ears of an apathetic society. The only thing left behind is regret and remorse for a lifetime.

Currently, the society of Gilgit-Baltistan is facing a distressing increase in the ratio of suicides among young girls and boys. It raises a finger towards the claims of higher literacy rate in the region, our conventional educational system, parenting styles, prevailing values, cultural norms, and social structures. Since achieving high grades in exams and competition in society has become the benchmark for a bright and successful personality, the psychological maladies it breeds are gnawing our society within. As a society, we tend to sweep every social illness under the carpet. It is a common practice in our society that the preparation of model parenting has never been considered a serious concern. Unlike ours, in developed countries, a couple is provided with maximum support and facilities to become a good parent as soon as they plan a child. As parenting is considered the most challenging responsibility of individuals in these societies, new couples are encouraged to learn everything from pre-birth care to a child’s future well-being and holistic development. Unfortunately, our society lacks such measures and steps that could enhance healthy relationships among parents and children at different levels.

“Alienation from the surrounding environment is just a prologue to suicide”

During the last few months, many cases have been reported through newspapers and other sources about the teens who have committed suicide because they failed to cope with trivial worldly matters. Most were unfortunately related to academic pressure put by parents or the school teachers. Because of rat race and pressure to perform, many students end their lives after scoring a low grade. In March 2018, a girl took her life due to bullying at school in one of the villages in Hunza District, when a teacher’s offensive remarks spurred the teenager to commit suicide. This, of course, is not an isolated incident in Gilgit-Baltistan. During the last week of December 2018, a boy from Gojal valley in Upper Hunza, studying in one of the well-reputed schools of Gilgit city committed suicide after scoring a low grade and being reprimanded by his parents. Another female from Hunza, a university student in Karachi, took her life in the first week of January 2019. The gravity of the situation needs the attention of all the stakeholders who are involved in nurturing and looking after these teenagers. They not only have to extend help to those suffering from various forms of pressures, but they also need to devise and implement ways to avoid such tragedies in the future. 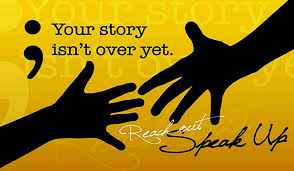 With the increasing sense of competition to get entry to the best educational institutes, the majority of the youth has become obsessed with showing up a perfect marks-sheet and résumé that has deprived them of the ability to cope with failures and improvise their life skills. Thus, academic achievement has taken the toll on human lives. In doing so, the soul of education itself has been lost as it has become merely an exercise of perfect cramming and memorization of facts and figures to produce the best memorization skills in exams. This also unveils the ugly shades of our shallow educational system and commodification of education that converts students into robots with no critical thinking, sense of praise and value to the beauty of life. These shallow educational practices have shifted the priorities of the students. Now, most students who get good grades are usually oblivious to what is happening in their society, and in a way, they sacrifice their social relations, personal hobbies, and shut down all creative outlets. They are introverts who get stuck at public forums and are afraid to fall into an abyss of inferiority if they don’t get good marks.

“Competition in society has become the benchmark for a bright and successful personality, the psychological maladies it breeds are gnawing our society from within”

Besides these sad factors, the most neglected part on behalf of parents and educational system is that both lack awareness of the emotional health of young girls and boys. This means that the school and home need to work in collaboration on a child’s emotional growth just like they take steps for their physical health. Professional development of teachers must also include the component of skill building in dealing with students’ emotional suffering and help them. This can be done by opening themselves up to open discussions and sharing of ideas. Moreover, new ways of engaging young to explore nature through physical activities like hiking, trekking, or other sports including athletics for both girls and boys can help them realise the worth of human life.

“lack of parental support and empathetic behaviour towards the sufferers, economic disparity, suffocative societiel and cultural norms push an individual towards despair leading to committing suicide.” 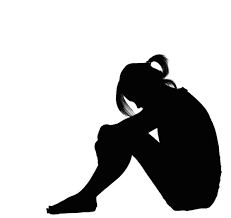 Although studies have been conducted to explore the reasons behind suicides among youth in Gilgit-Baltistan, the sad incidents have not yet ceased to occur. Therefore, these efforts in the name of research studies raise questions on the credibility of the findings and recommendations that are put forward to stop this menace. So far, we have not seen any formal and serious actions taken at individual or institutions’ level to save precious lives. The research findings claim multiple reasons responsible for suicides from social factors at large to an individual’s own destructive inferiority complex. Adding to that, the lack of counselors in schools, teachers’ incapability to identify and address the issue, lack of parental support and empathetic behaviour towards the sufferers, economic disparity, suffocative societiel and cultural norms are few more reasons that push an individual towards despair and hopelessness leading to committing suicide.

We also need to redefine our practices of share and care by providing spaces for these individuals to express themselves freely. Parents must be given awareness about dealing with their children because only by embracing their failure can they help them rise again. Education providers, parents, and caregivers at all levels need to accept the fact that diverse skills among children is a strength and it must be acknowledged so that no student feels left out or alienated. Unnecessary comparison and competition among students force them to develop lower self-esteem that urges them to feel unwanted which might result in self-hate. Ultimately, it ruins not only an individual’s life but also the entire society.

Memona Abbas is an educator, and  Gilgit-Baltistan’s first feminist poet and writer whose works have been published by renowned literary magazines such as Rekhta. She will be regularly contributing to High Asia Herald and Baam-e-Dunya pages on women, social and literary subjects.