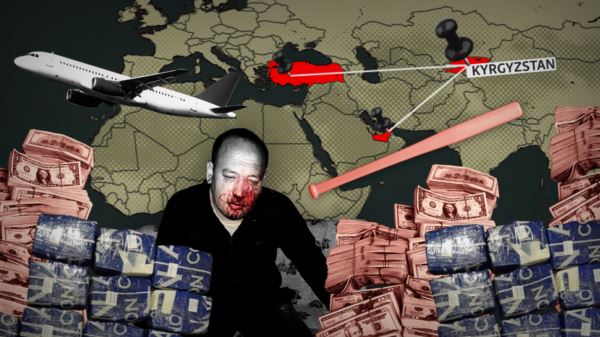 On the last night of his life, Khusan Kerimov had a package to deliver: $1.6 million in cash. Late in the evening on October 22, he headed to Manas International Airport, a half-hour outside of Bishkek, Kyrgyzstan.

It was a routine the 39-year-old taxi driver had down cold, having made the trip dozens of times. Usually, it ran like clockwork: He would call a prearranged number, meet a man in the terminal, take the cash from him, and board a plane for Istanbul. Before it took off, he would take a selfie and send it to a handler to prove that he — and his precious cargo — were safely on their way.

But on that October night, his handler waited and waited. The selfie never came. Kerimov was gone.

For years, a network of informal couriers has funneled millions of dollars out of Kyrgyzstan in cold, hard cash. The underground money transfer system fuels corruption, destroys transparency — and has claimed people’s lives.