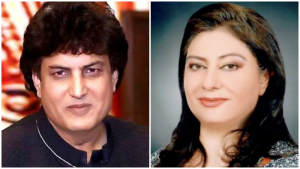 The students of history have the luxury of travelling back to eras and epochs ranging a few decades to millions of years. To observe the great struggles for human rights, gender equality and all the fundamental freedoms, travel to the 19th century would be more advisable for rapid developments around such evolutionary concepts. This epoch would show us the state and society at large being collaborators in cursing, ridiculing and even crushing every voice that is raised for equality among the humans, equality among the races and equality among the sexes.

We can see that there are ‘good women’ in the society that feel honored to submit their rights including the right for having a property, right for education, right to be part of the public sphere and even right to be ‘visible’ thinking God has ordained them to do so, obviously to please men. Pleasing men should be the ultimate objective for every virtuous woman.

The institutions and functionaries of the state are there to serve the men from certain classes and managing the rest to adjust their lives according to the same ‘best interest’ of the nation. The less privileged however are free to establish their rule on the women from their own class and the state is again there to help them in protecting this specific domain of their rule.

Obviously, the clergy is always there to instill the fear of God among the commoners that question the existence of injustice and all sorts of inequalities in favor of a few and against the rest of all, especially the women. However, the state is not oblivious of the fact that the clergy is gradually losing its ability of mind control by invoking fear and greed in impressionable human minds. Therefore, it feels the need of launching an ‘intellectual brigade’ to help clergy in regaining the lost control with a mix of modern ideas cunningly and deceptively crafted to lead the thinking minds not to think at all or submit their thought process before the state-sponsored (pseudo) intellectuals.

The above had been a commonplace scenario in entire Europe and the United States of America of the 19th century. The women’s rights activists, women intellectuals, writers and workers have been continually fighting for equal rights, rights to vote and political participation, equal wages and right to make choices in life for them. These women were fiercely opposed and resisted by clergy and pseudo-intellectuals of their time and thus had to face general disapproval and rejection from the society at large for being completely brainwashed and infused by bigoted official narratives.

It would be intriguing to note that Pakistan, as well as South Asia, has been presenting a better outlook of women’s participation and emancipation only until a few decades back. The women political workers and working women during our early history could be seen launching and leading several impressive struggles and as far as some iconic individuals are concerned, the legacy seems to continue. However, the overall narrative about women’s economic empowerment, political emancipation, and decision-making is deeply and irreparably marred by the pseudo intellect.

As a deliberate attempt to cultivate a submissive population, the digests were one of the earlier tools to promote a carefully crafted and shaped version of  ‘good women/girls’ that are ever ready to surrender their personal ambitions, choices and likings to please their fathers, brothers or other males in the family. With the advent of electronic media, this narrative crept into society with larger outreach.

However, while Qudrutallah Shahab, Ishfaq Ahmad, Bano Qudsia and many others were quite articulately shaping the society to be receptive to state promoted narrative, there was no dearth of the strong voices resisting the idea of ‘tamed men and women’ and thus society somehow remained resilient to the onslaught of pseudo intellect aiming to reduce them to mindless zombies.

These writers were tasked to make the masses believe that we are the people with best of value systems, our men are always there to make huge sacrifices for the women, they are the protectors of the honour and dignity of the women and thus women’s rights is an idea something alien to us. They also kept promoting the idea of complete submission before whatever circumstances they are facing while considering it the will of God and a divine test for their patience and perseverance which would ultimately highly rewarded.

Thus, the class struggle and questioning the mighty ones in society was discouraged and quite successful too. It would also be interesting to observe that the mediocre from every walk of life, from show-biz to other famous people would lend their support to retrogression as it makes them quite to be a lackey of the people in the power corridors. Hence, the famous show-biz stars including female celebrities have been seen bashing the women’s rights activists terming home as the ‘best place’ for women.

Although, these early crusaders of the cause of promoting the image of the ‘good women’ as well as the ‘tamed men’, their articulation and general attitudinal decency remained beyond question. The degeneration however never stopped and now what we have persons such as in(famous) TV Play writer Khalil-ur-Rehman Qamar, championing a vile and crude campaign against the progressive thoughts and a tiny minority that believes in human freedoms and equality.  What is really alarming and worrisome here is the open and tacit approval for such Hippocratic retrogression by a large part of the society including the ‘educated’ youth.

The ruthless campaign against the campaigners of gender equality seems totally devoid of reason and civility and still, its major mouthpiece is taken as a frontline soldier by our ‘morality brigade’.  Today, this mouthpiece seems patronized and promoted by the quarters that term demands for women’s rights as a vulgar agenda.

As Earl Deason says, “If you aren’t big enough to stand criticism, you’re too small to be praised,” therefore, the ‘popular’ writer here doesn’t matter but the ‘popularity’ he receives. It shows that our society hasn’t been part of the evolution that the rest of the world has gone through several decades ago. Thus, we still have our share of the ‘dinosaurs’ that have not only managed to escape their extinction but finding a perfectly conducive environment in our society to keep thriving.

The challenge for civility, therefore, is too daunting to deal with isolated efforts or as an intellectual catharsis.  The phenomenon needs to have a broader comprehension of the perpetrators of the regression in the society and to be effectively responded if it’s linked with the impacts on people, the workers, working-class women, and the masses with a vivid elaboration that how freedoms, women rights and demand for equality is linked with economic interest of all the men and women in our society.

Shafqat Aziz is an Assitant Editor at The High Asia Herald.