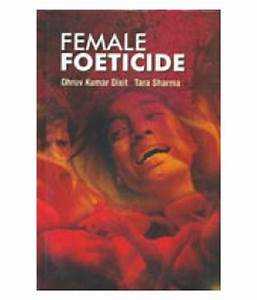 A report in Dawn shed light on attitudes that still exist towards the female child through interviews with would-be mothers who had to abort their daughters upon family pressure, health practitioners who are apprehensive about revealing the gender of the child, and welfare workers who take in abandoned children — mostly girls.

It presented a gloomy picture of prevalent attitudes that continue to devalue girls, seeing them as a burden on the family, or just another mouth to feed. In the report, Edhi Foundation stated that 90pc of the children who are left at their homes are girls.

The majority of abortions that take place are to prevent daughters from coming to life, and there is a disturbing trend of coming across female foetuses in dumpsters and garbage heaps.

It is difficult to find accurate statistics due to the silence around the topic, but these are some numbers for previous years: in 2008, 890 newborn girls were killed; in 2009, there were 1,000 cases reported in big cities; in 2010, there were 1,210 cases of female foeticide reported.

The high occurrence of female foeticide is Pakistan’s hidden shame, rarely spoken about. While it is widely believed the population of women outstripped that of men, large-scale female infanticide in countries with a high population have led some to say the trend may have reversed in recent years.

Pakistan’s female population has consistently remained lower than its male population — at 49pc. The social desire for the male child is prevalent, and the boy’s education, health and other needs are given more value than his female counterpart’s.

While Pakistan can continue to take pride in its female population that often outperforms men in academia, politics or sports, we cannot get defensive each time the ugly reality of misogyny is exposed. It cannot be swept under the rug. For too long, women have been treated as the secondary gender.

May we work towards reversing that trend in 2019.