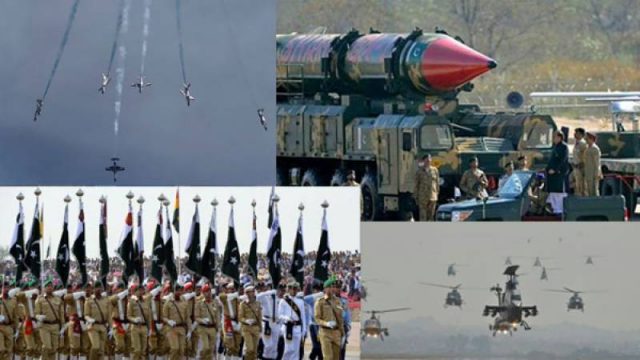 TOMORROW is Youm-i-Pakistan. A big military parade will be staged to remind 220 million people that the Pakistani nation is alive, well and always at attention. Over the past few weeks nationalist sentiment has been high, Pakistan versus India once again at the forefront of the news cycle. It is apt that March 23 has coincided with state nationalism in the subcontinent at its most intense point in many a year.

In fact, nationalism is in vogue around the world, from the United States to India and from Britain to China. Liberal cosmopolitanism would appear to be on the wane, forceful assertions of the indivisibility of ‘national interest’ and the demonisation of the ‘other’ by populist strongmen like Trump, Modi, Duarte and Erdogan drowning out other competing political narratives.

It is unlikely that this wave of nationalism will last forever; there have been many cycles of exclusivist politics throughout the modern period, coeval with ebbs and flows in the trajectory of global capitalism. Rhetoric proclaiming the death of the nation-state was commonplace in the 1990s as free markets and globalisation were depicted as guarantees of peace and prosperity for peoples around the world.

Even then, however, it was obvious that the nationalism was far from dead. The nation-state has always been constitutive of the capitalist world system, and will continue to be until such a time as capitalist exchange and productive relations no longer mediate the global order. Yes, the tone and tenor of political discourse changes periodically, but this rarely corresponds to transformation of underlying structures. Peace and prosperity for the teeming millions who constitute the proverbial nation requires structural change.

It is unlikely that this wave of nationalism will last forever.

On Youm-i-Pakistan, our nation-state project must confront its past, present and future. To begin with, we must acknowledge the political document inked on this day in 1940 that clearly specified the uniqueness and sovereignty of the many ethnic-linguistic groups that comprise the territory which became Pakistan. Almost 80 years later, the ideologues of the nation-state have yet to move beyond the notion that we have one identity (the dominant faith) and one language — even though this notion has caused conflicts and ironically mired us in an identity crisis.

Certainly our crisis is not only limited to identity; the state elite’s refusal to acknowledge Pakistan’s diverse ethnic-linguistic essence is both cause and consequence of the former’s refusal to share power and resources. Even today, the achievement that was the 18th Constitutional Amendment is perceived to be under the threat of rollback due to the insecurity of (segments of) the state elite.

The fact that Fata has been brought into the political mainstream and that there is even talk of new provinces — most notably in the Seraiki belt of south Punjab — is a cause for cautious optimism, but as ever, it is from within the state apparatus itself that resistance to change would appear most acute.

Sadly, the oft-invoked establishment still believes that the use of force is the best way to inculcate love for the nation. Needless to say, this approach has proved entirely counterproductive in the past and will continue to be in the future. Organic movements such as the PTM will continue to be popular so long as coercive methods predominate. It is almost a repetitive cycle; today it is Pakhtuns, yesterday it was the Baloch, tomorrow it will be Sindhis or people from Gilgit-Baltistan.

In recent days, much has been made of the exemplary leadership skills of New Zealand’s Prime Minister Jacinda Ardern in responding to the horrific shootings of Muslim prayer-goers in Christchurch mosques last Friday. She has been lauded for affirming her nati­on’s commitment to peace and against hate-mongering, for expressing great empathy for the victims and for her firmness in enforcing a weapons ban. In short, Ardern has tried to bring together the New Zealand nation by calling for unity in diversity, demonstrating that tolerance is the only answer to bigotry.

Of course Ardern is not directly taking on capitalist, patriarchal or imperialist domination. If we are lucky, a Corbyn or Sanders may come to power next year and call attention to the fact that progressive nationalism (read: genuine internationalism) is only possible if we undertake structural transformation of the capitalist-world system.

But in Pakistan even an Ardern-esque figure would represent a step forward. Our nation-state project continues to produce the killers of Mashal Khan and the troubled young man who stabbed a teacher to death in Bahawalpur the other day for daring to organise a co-ed function on a college campus. Eight decades after the Lahore Resolution, we continue to be reminded of Faiz’s famous words: woh intizar tha jis ka, ye wo sehar to nahin (this is the not the daybreak we had waited for).