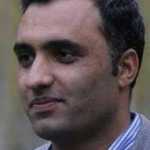 I shared the first part of this piece on an elitist WhatsApp group of government officials, assuming that the members would read and comment on it. But, barring two out of 49 participants, the piece was met with a bureaucratic indifference. Perhaps the group members, well-educated by all standards, found the piece uninteresting even though most of them had most probably heard about Jaun Elia. May be they could recite one or two of his verses. It is possible that they deemed Jaun Elia too eccentric and incomprehensible or last but not the least did not consider my writing worth a read. This apathy of officials for Jaun and, by extension, the undiscussed themes he brought out was noted during his life time and after his death too. Perhaps this made Jaun resort to Sehl-e-Mumtana (Verse or sentence writing in the easiest words). In other places, Jaun both lamented and mocked this societal nonchalance. The artist Jaun and thinker in him, it seems, wished to be noticed on the one hand and evoke public-interest thinking on the other. Jaun’s self-obsession comes out in this couplet: Maiñ jo huuñ ‘jaun-elia’ huuñ janāb Is kā behad lihāz kījiyegā (Lo and behold! I am Jaun Elia; be very respectful (of my being). In another, he mocks the pervasive ignorance: Hai ġhanīmat ki asrār-e-hastī se ham Beḳhabar aaye haiñ beḳhabar jāeñge (It’s a blessing that we are born into this world and die here unbeknownst to its secrets). However, even after ridiculing and lamenting the widespread ignorance, Jaun was undeterred and played his role of a public intellectual. He expresses the historical duty of a thinker in these words: Sher o shuoor or ye shehr-e-shumar o Shore, Bs aik qarz hai jo ada kar raha hun main (Poetry and knowledge versus clamour and materialistic considerations. I am rooting for the former out of a duty). It was knowledge, first and foremost, for which Jaun had a life-long commitment as I underlined in the first part of this series. 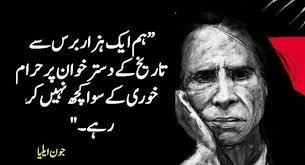 Jaun declared that: “Every theme covered by philosophy can be addressed by poetry” and that the vice versa was not true. In other words, poetry had a broader scope for human expression than philosophy. Nonetheless, his lived experience was informed more by his philosophical thinking rather than his poetic experimentations. Any life sketch of Jaun would be incomplete without a deep reading of the 38-page preface to his first book. In it, Jaun describes his metamorphosis from a poetic child to a Muslim dramatist and ultimately an atheist and anarchist thinker. He attributes these paradigm shifts mostly to the reading and understanding of philosophy. In his own words: “I was enticed by philosophy from the beginning and could not help but get steadily consumed by it”. A prominent manifestation of his philosophical thinking was to question the deep-rooted thinking of people around him and society at large. This he did both in his poetry and prose. He made a good cause about his views in his treatises and even his critics acknowledge his deep understanding. For example, his or any other scholar’s praise for Mu’tazila thinking and call for a fresh perspective about the condemned Kharijis is always likely to draw the ire of religious radicals. But his arguments brought about the ignored aspects of Islamic thinking tradition that very few could rationally object to. His philosophical expressions in poetry were not as well-received as those in prose. On his recent death anniversary, a debate erupted which essentially argued that Jaun Elia was a popular but not a great poet. Among othe things, the writer of the article referred to a lecture by the prolific scholar Ahmed Javed critiquing the poetic craft of Jaun Elia. The talk is available on YouTube. After listening it for a couple of times, it seemes as if Ahmed Javed was particularly interested in how Jaun treated the subject of God or Khuda and related themes in his poetry. His unknown audience ap 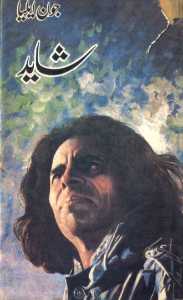 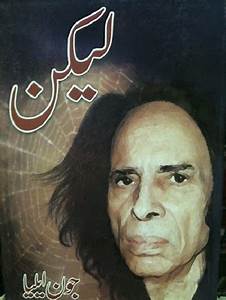 plaud him when he deconstructs a particular verse of Jaun namely: 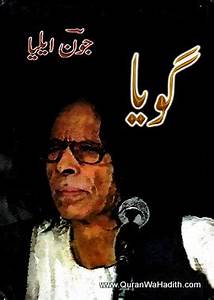 Haasil-e-qun hai yeh jahaan-e-Kharaab Yaheen mumkin tha itni ujlat main (This disorderly world is the result of merely a “qun”, (surely) this much was possible in such a hurry). Upon Javed sahib’s claim that there is a lack of meaning in this verse, an unknown voice from the audience is heard saying “Jaun ne Quran nahin padha tha” (Jaun hadn’t read Quran). Then the discussion veers towards Jaun’s other verses on the same theme. Mainly, Javed sahib talks about how the poet never denied the existence of God and renounced societal norms despite claiming so in his prose and poetry. Moreover, his poetry cannot be understood without an insight into his personality. In my view, this seems a gross underestimation of his art. While discussing his views, one should never lose sight of the environment he lived in. His eldest brother, Rais Amrohi, had been assassinated for his views by those who considered them too dangerous to tolerate. This must have made Jaun weary, never an easy task for an artist. Ahmed Javed fails to mention the many verses and treatises that Jaun wrote challenging the mainstream societal notions especially Muslim retrogression. In a society increasingly buffeted and beset by radical elements, it was courageous of Jaun to take them head on and toy with theologically sensitive topics, just like Mir and Ghalib did albeit in a more tolerant and pluralist environment. According to Ahmed Altaf, Jaun’s long-time associate, the maverick poet found fault with MQM in the 1980s after criticising the party’s politics. Altaf suggests that Jaun had endangered his life and he had to conciliate between the poet and the violent party elements. Seen this way, Jaun’s dissident views on everything peddled by the state and society were bravely rare and of course risky. As for the assertion that Jaun did not espouse one particular school of thought, it can be argued that history of philosophy is for thinkers who are not committed to a certain set of ideas but were in a state of constant quest. From Socrates’ saying: “All I know is that I know nothing” to Jaun Paul Satre’s assertion: “We are condemned to be free”, it is implicit that the scholars abhorred convictions and platitudes commonly believed in less knowledgeable societies. In Jaun’s own words: “My biggest problem had been the loss of conviction. Skepticism was never a pleasant state of mind but then Voltair maintained conviction was ridiculous in essence”. He further writes: “Despite my deep skepticism I can say that in this universe or beyond this on any galaxy, it is difficult to assume the existence of any mind which can interpret the meaning of Khuda (God)”. Jaun’s existentialist views come out most clearly in Darakht-e-Zard (Yellow Tree) one of the longest poems in Urdu poetry. The problem with most Jaun critics seems to be that they want to understand Jaun through their narrow lens of learning i.e. lacking required eruditeness on the subject. Simply put, they are not as well and widely read as Jaun was. Anybody aspiring to critique the polyglot and well-versed thinker would have to be a linguist and a scholar of Islamic, Eastern and Western philosophies as well as the political thoughts. Any other writing or criticism not matching this benchmark could be discounted with Jaun’s own observation: “Kuch logoon ko padhna chaaheye magar who likh rahay hain” (Some people ought to read but they are writing). Concluded. The writer is based in Gilgit and tweets @zameer_abbas
Load More Related Articles
Load More By thehighasia
Load More In Arts & Culture
Click To Comment