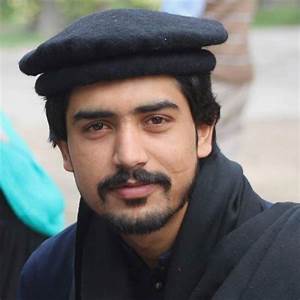 Some say it is a year-old video. Be that as it may, the video came under spotlight of social media very recently. It showed students – both girls and boys – of Karakorum International University (KIU) dancing to a folk song alongside TV anchor Sanam Baloch. And it has generated a lively outburst of public debate in Gilgit-Baltistan. To understand the uproar, it is helpful to read every reaction separately.

Leading from the front was the AAC (Awami Action Committee) which held a press conference to condemn Sanam Baloch’s morning show by calling it a ‘cultural attack,’ and also warned all those “forces” which helped in conducting the morning show, particularly the tourism department for GB.

It would be pertinent to note the context of this uproar from conservatives. Gilgit-Baltistan is a region where people are living – legally speaking – as less than colonial subjects. The people of the region are deprived of all the basic rights which many parts of Asia acquired as a result of the process of decolonisation started in the mid-20th century. Certainly the rights enjoyed by other Pakistanis are denied to the people of Gilgit-Baltistan.

And then, within the Gilgit-Baltistan region, there are those to whom the dancing of girls is not an issue – except if the girls in question belong to “their own” culture for that causes “impurity” to “their culture”. I would argue that their credibility as protectors of culture becomes evident when the same people remain silent on grave issues like pedophilia – which has been normalised among men to the extent that it can be found discussed as though it were everyday business and there is not even a sense of mild embarrassment.

Some students of KIU are charged under the Anti-Terrorism Act (Schedule-4) for merely speaking about the injustices and naked oppression that their people face.

It is by now a well-worn irony across Pakistan that while fighting for their perceived “honour” (as this cultural honour has not filled the void of their identity crisis) conservatives actually turn to highly dishonourable methods. It is no different in Gilgit-Baltistan. That major contradiction can be noticed among conservatives generally in the form of “honour” killing and also by their willingness to put young women in vulnerable position: all in pursuit of political and cultural blackmail. Som of them managed to protest within the university premises against the suppression of their culture – and raised few eyebrows, if any at all.

One wishes that life and human dignity had been sacred things for such conservative lobbies. Or such things even featured on their scale to measure the magnitude of honour and dishonour caused to society by various occurrences.

In his classic studies around people living in colonial conditions,

French philosopher Frantz Fanon has aptly responded to the ‘culture-superiority complex’ which often manifests itself as a form of spirituality and holiness. Fanon examines the role of culture in a colonised society at three different levels; starting from life under colonialism to the fight against colonialism which finally culminates in establishing a nation after colonialism. Colonial subjects realise that they can never be equal to their masters, therefore, they settle down at becoming a better copy of their masters. And in the process of becoming a better copy of their masters, they bring into their national life some elements which were originally supposed to be a means of paying back the violence meted out to them by colonial rule. And so the anger and outrage which is caused by the colonial system can be vented out in the form of outrage against marginalized groups within the nation so colonised. And if the society is patriarchal then control of women becomes one of the many battlefields over which the colonized nation asserts itself – often in twisted and unfortunate ways.

Moving beyond this unfortunate situation – in Gilgit-Baltistan or elsewhere in Pakistan – is not so difficult to envision.

It would simply involve acknowledging the fact that culture evolves. There are no definite boundaries for it. Culture is not static and efforts to straitjacket it inevitably become oppressive, brutal affairs.

Especially in the case of Gilgit-Baltistan – a region of diverse, rich and deeply-rooted cultural traditions – one should not see culture as someone’s private property which continuously needs to be demarcated according to the will of those who are its self-appointed “true protectors”.

Young people of Gilgit-Baltistan deserve a better life than one lived under the dictates of conservative lobbies. And the people’s aspirations for a better, freer, more democratic existence should not be hijacked by such conservative elements.

The article was originally published in The Friday Times.