From pop culture to politics, 2018 was a year of extraordinary firsts for women. But the past year also proved progress isn’t linear with a deeply anti-feminist thread.

It was the best of times, the worst of times and the stupidest of times. Twenty-eighteen was an exhausting, eventful year.

On the one hand, it was a year of progress: the #MeToo movement grew globally, catalyzing not just conversation but policy change. Record numbers of women ran for, and won, office in the US. Bill Cosby was convicted in the first big celebrity criminal trial of the #MeToo era. Ireland repealed its abortion ban.

But progress isn’t linear; 2018 also had a deeply anti-feminist thread. The row over Serena Williams’s catsuit proved you can be a sporting superstar and still have your clothing policed by the patriarchy. We saw the rise of male supremacist groups. Several US states tightened access to abortion, with Iowa passing one of the strictest abortion laws in the industrialized world. Jair Bolsonaro, a far-right misogynist, was elected president of Brazil. Donald Trump remained misogynist-in-chief of America.

A lot happened, and we’re here to recap the highlights and lowlights for you. From Bill Cosby’s conviction to Brett Kavanaugh’s confirmation, here are 10 big moments from the year in patriarchy.

In April, a 25-year-old man killed 10 people in a van attack in Toronto. The suspect had links to the “incel” community, an online subculture of angry men who are “involuntarily celibate”. “The incel rebellion has already begun,” he posted on Facebook hours before the attack. A few months later, in November, a gunman killed two woman at a Florida yoga studio, in what appears to have been another incel-inspired attack.

Cosby was known as America’s dad. On 26 April, he became a convicted criminal. A Pennsylvania jury found him guilty of drugging and molesting Andrea Constand in 2004; he was later sentenced to three to 10 years in prison. Cosby’s conviction was more than a victory for Constand, it was a major milestone for #MeToo. “Women were finally believed,” said Gloria Allred, the attorney who represented many Cosby accusers.

Last year, when Harvey Weinstein kicked the #MeToo movement into the mainstream, it was unclear what sort of legal consequences, if any, he would face. This year, the possibility he might end up in jail grew increasingly strong. In May, Weinstein was charged by New York prosecutors with rape and other criminal sexual assault charges. Weinstein’s lawyers attempted to get the case dismissed and in October, the prosecution threw out one of the charges against him. This prompted worry that Weinstein may avoid a criminal trial. However, in December a New York judge ruled that the case will move forward.

In May, people in the Republic of Ireland overwhelmingly voted to repeal its near-total ban on abortion and, in December, the Irish president signed a bill legalizing abortion.

Saudi Arabia lifted the world’s only ban on women driving in June to much fanfare. While it was eager to publicize this symbol of “modernisation”, the kingdom was quieter about the fact it was locking up numerous women’s rights activists involved in the campaign to allow women behind the wheel. A human rights commission is currently investigating the alleged torture of these activists, including accusations of electric shocks and waterboarding.

Twenty-eighteen was the year the Catholic church could no longer ignore its sexual abuse problem. In August, Pope Francis issued an unprecedented letter acknowledging the church’s failure to deal with sexual abuse by priests. The letter followed the publication of a grand jury report into decades of sexual abuse in Pennsylvania, which found more than 300 priests molested more than 1,000 children.

In September, McDonald’s workers walked out of work to protest on-the-job sexual harassment. In October, thousands of mostly female cleaners and care workers in Glasgow held a strike over equal pay – it is thought to be the largest ever industrial action over equal pay in the UK. In November, Google employees around the world walked out as part of protest against the company’s handling of sexual harassment complaints.

Les Moonves, the former CEO of CBS, is one of the most prominent men to have been brought down by #MeToo. In September, Moonves was forced to resign from his role, after multiple women accused him of sexual misconduct. While he lost his CEO title, he continued to have an office, a security detail, and got over $120m in severance. A pretty good deal for some pretty terrible behavior. In December, however, CBS announced Moonves will not get his payout, after an investigation found willful wrongdoing by the former CEO. 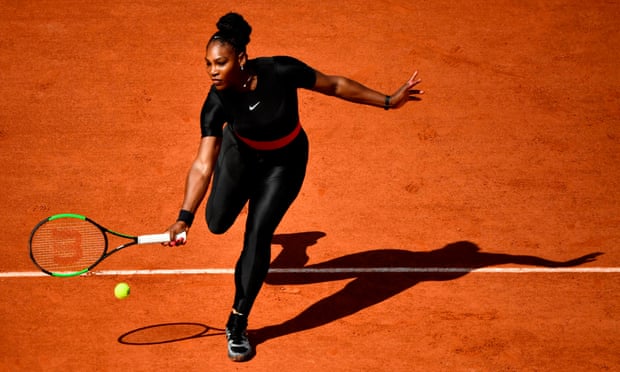 The Brett Kavanaugh hearing in September gripped America, with 20 million people turning in to watch it on TV. Dr Christine Blasey Ford’s calm, courageous testimony about being sexually assaulted by the supreme court nominee when they were both teenagers, brought many to tears. While Ford was calm and collected, Kavanaugh raged with self-pity and entitlement. The hearing wasn’t just about what he did or didn’t do, it was about the prevailing power of the patriarchy. It was about male violence, and female silence. It was about the resentment men like Kavanaugh feel if they are held accountable or have their power questioned. Kavanaugh’s subsequent confirmation as a supreme court justice was a visceral reminder that, despite the progress feminism has made, we still very much live in a patriarchy.

Let’s end this list with a bang, shall we? With a look back at the fairytale moment Meghan, the Duchess of Sussex, closed a car door. Social media erupted in rapture and the Sun’s royal correspondent tweeted: “A princess who still takes the time to shut her car door.” That, my friends, is feminism in action.