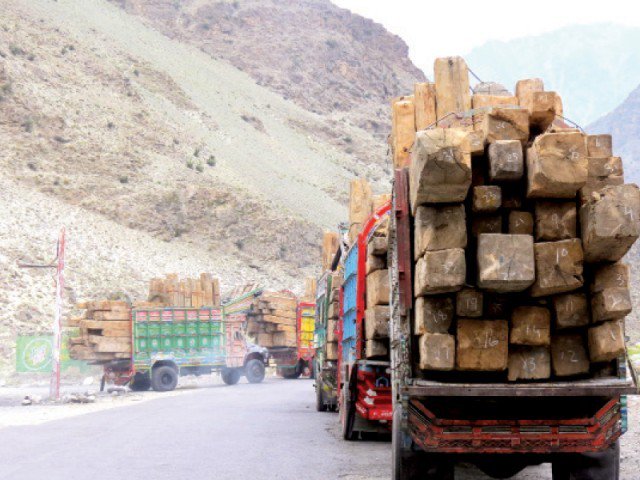 Two references are under trial in a NAB court in Gilgit against the accused for their role in Rs48.28m

The country’s top anti-graft body has filed a corruption reference against four retired officers of the Gilgit-Baltistan’s Forest Department for inflicting over Rs48 million loss to the national exchequer by allowing the transportation of illegally cut timber.

According to the NAB statement, the charges of misuse of authority and corruption against Saleemullah Khan was established. On March 15, 2013, the officer had allegedly issued passes to the timber trader for transportation of illegally cut timber without depositing fine in violation of Gilgit-Baltistan Council directives.

The investigation further established that the chief conservator Gilgit, the conservator, RFO and DFO misuse their authorities and extended illegal benefits to the ex-DFO Astore and reflected excess and illegal timber in the assessment report, causing Rs48.28 million loss to the national exchequer.

Earlier two references had been filed against the suspects in February and March 2018 while one reference was filed in January 2019 against Zamurd which are under trial at the NAB court, Gilgit.

NAB regional office GB, is fully committed to a zero-tolerance policy towards corruption and corrupt practices as envisaged by the NAB chief and DG NAB, Rawalpindi, the statement concluded.