Tourism and climate change are transforming the fragile mountain ecosystems in the Karakorams, Himalaya-Hindu Kush and Pamirs. Ang Rita Sherpa, a native of Gokyo, in an article in Nepali Times, reflects on the increasing pressure of human activities on natural spaces and the lakes in the Solokhumbu district of Nepal. Chairman of Partners Nepal, a local nonprofit organisation that helps Himalayan communities keep or restore their nature and culture, Mr Ang Rita reflects on how much his childhood playground has changed because of tourism.–Editor 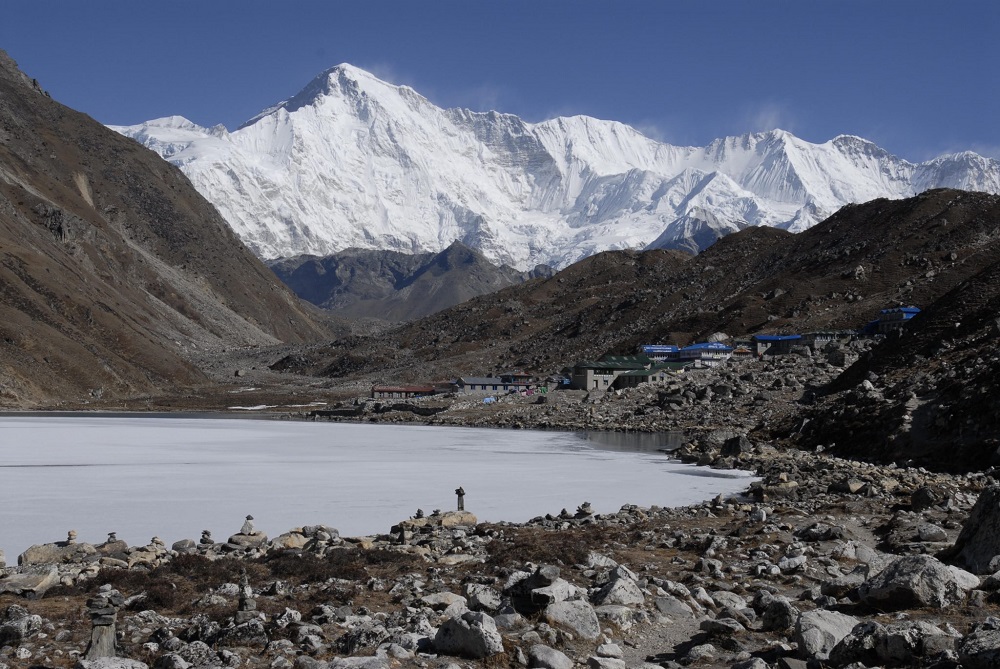 The following quote from a local yak herder interviewed in 2013 explains the dilemma:

Gokyo Lake now faces the impact of livestock and pilgrims. These can be locally resolved and mitigated, but the increased volume of tourism and the higher material demands and consumption of tourists and adventurers is a threat to Gokyo’s fragile ecosystem.

“My family has been coming to Gokyo for over four to five decades. In my father’s time, one goth had as many as 100 yaks and naks, but now no one has more than 1 or 2. People can’t keep up as many as they used to. There isn’t enough grass. The main reason is that the area has become a tourists hub. The goth has turned into teashops and lodges thereby increasing the number of teashops and lodges significantly within the last two to three decades.”

Despite obvious problems caused by human activity, there continues to be a steady increase of herders, pilgrims and tourists in these areas. The delicate environment is struggling to cope, and the once productive pastures of the Gokyo Valley are degrading into scrubland.

As a result of this degradation of the ecosystem, the area is further compromised by deforestation and overgrazing. At these high altitudes, the loss of the delicate flora results in landslides and erosion, which adds to the rapid deterioration of the fragile mountain ecology. 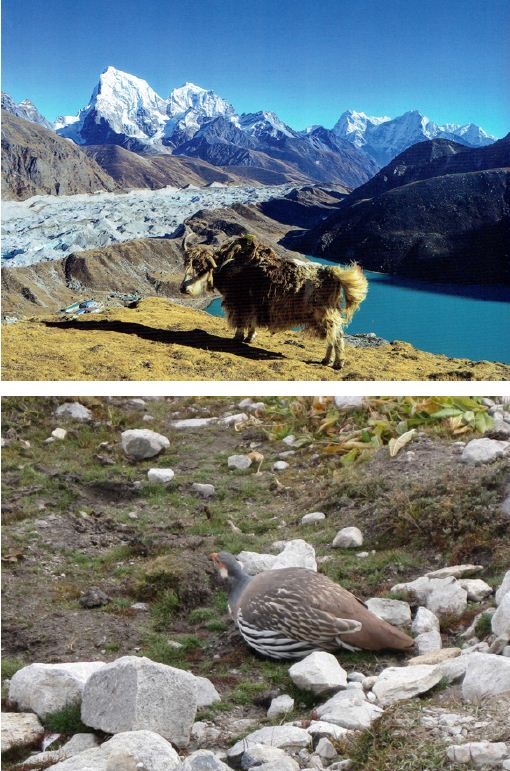 Human waste is the other issue in Gokyo, as the number of tourists expands so does the support staff needed to take care of them. The tourists all expect western-style bathrooms with flush toilets, showers and other facilities. The traditional pit latrines that used to provide manure for the fields have now been replaced with septic tanks, where the overflow feeds directly into the sacred lakes.

The traditional pit compost toilet is environmentally friendly and is a reasonable local solution. We have abandoned sustainable ancestral methods to modern sanitation facilities under the assumption that they are more modern and guests prefer them.

The primary reason for this situation is the family-scale economic opportunity provided by tourism. Locals derive economic security from tourism, attracting yak herders and potato farmers to abandon their traditional lifestyle and expand into delicate wilderness areas to build more lodges. 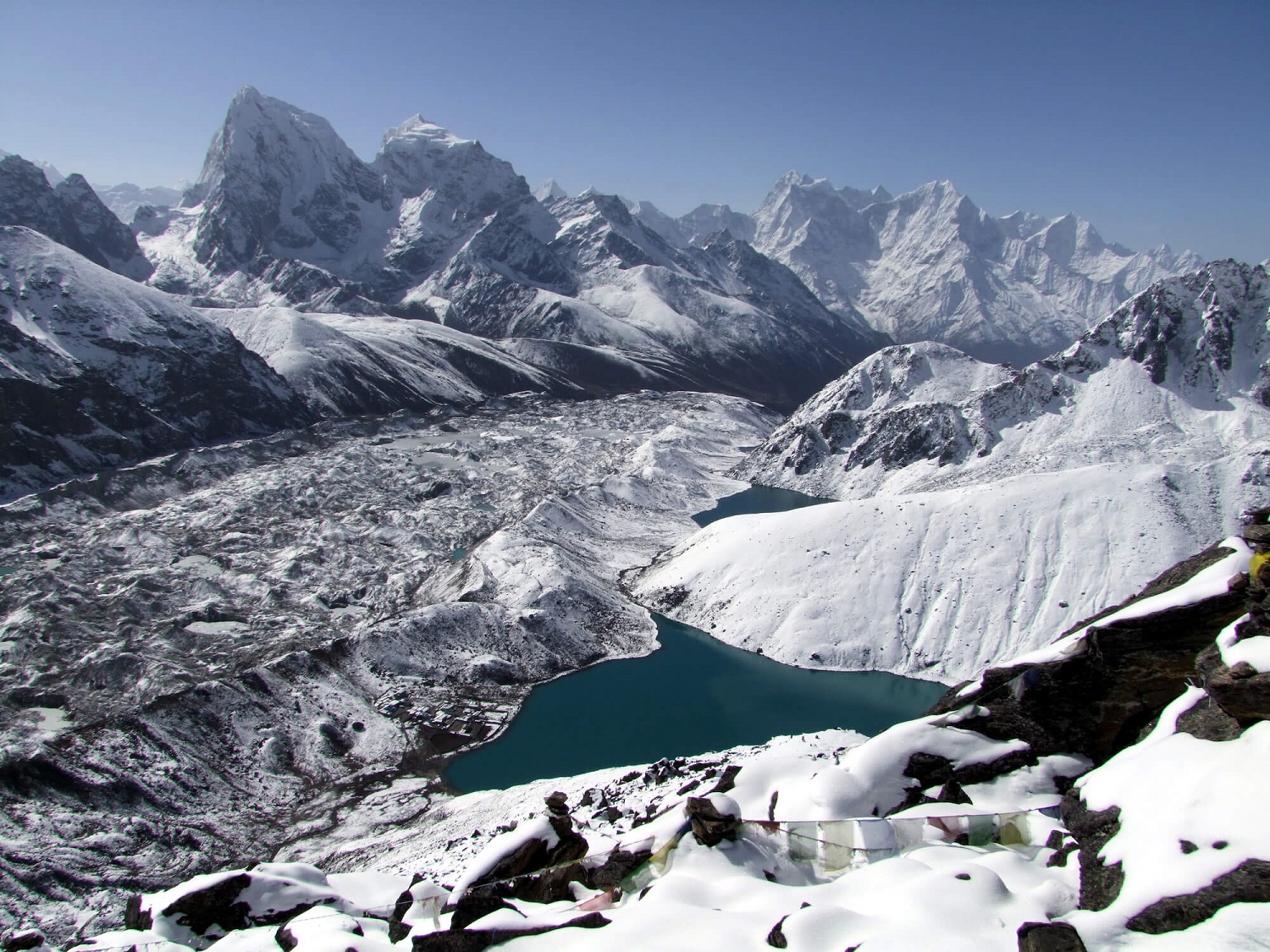 Increase in tourism also means there is a greater demand for energy. Cooking is mostly done with LPG cylinders that are brought up on yaks and mules from Phaplu. But the demand for firewood has meant that dwarf junipers growing along the Ngozumba moraine and shrubs on the slopes are being used up for cooking and heating.

As long as firewood demand was local and not very high, nature had a chance to grow back. But at higher altitudes, plant growth is much slower and the greater demand for firewood means the alpine vegetation does not have time to regenerate – resulting in the destruction of many years’ worth of growth in order to provide tourists with a hot shower or tea.

Unlike most of the high altitude wetlands and sacred lakes of Nepal, which have no nearby villages and are largely uninhabited, local seasonal herders and tourists trekking use Gokyo’s lake intensively.

Based on my observations made in the Gokyo Valley, these are the environmental problems that the region is facing:

Encroachment of the lakefront by lodges, walls and other construction.

Plastic packaging and non-compostable garbage is being carried into the sacred lake by wind and rain.

Lack of management and few environmentally mitigating rules or instruction for pilgrims.

Erosion due to loss of vegetation cover on the moraine and slopes, and an increase in the danger of landslides.

Continued retreat of the glaciers is resulting in the formation of new lakes.

Indeed, aside from the short-term pressure from increased tourist traffic, the entire Khumbu region is feeling the direct impact of climate change  The Gokyo lakes are expanding. Supraglacial lakes and melt pools on the debris-covered Ngozumba Glacier are expanding, as the glacier itself retreats and shrinks.

The ice is melting because the mountains are thawing at a faster rate than the global average. At present rates of warming, one-third of the remaining ice in the Himalaya is expected to melt by 2050  But aside from global temperature rise, the ice-fields higher up are also melting because of soot deposition from pollution and forest fires. This has accelerated the glacial retreat, and the trend can be seen all around Gokyo in the dirty ice.

All of these varied human activities are rapidly degrading depleting and altering the natural conditions of the regions’ resources. The extraction of these mountain resources has increased, yet there is little or no reinvestment into either the local ecology or local communities.

Investing in the stabilising and improving the ecosystem as well as providing security to the local population are both equally necessary and have to happen side by side. 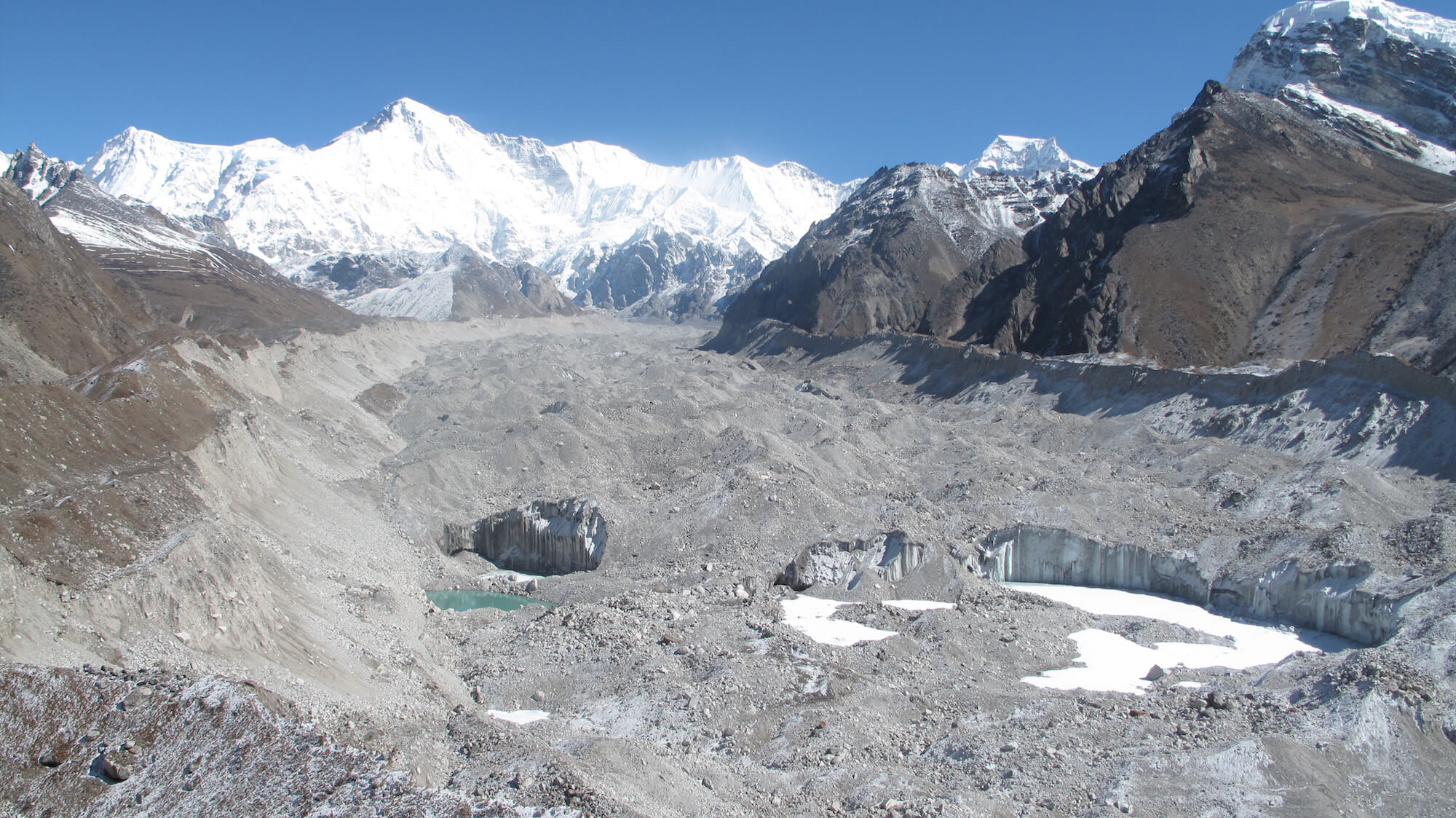 Those resources, which are extracted or utilised, should be managed in a manner that sustains the unique mountain environment and cultures, thereby preserving its many valuable potentials. In order to protect our precious resources, this threat of destruction by our own people and international visitors can and should be avoided.

This can be accomplished in part by the careful and considerate planning and implementation of local or national development projects. In order to achieve long-term management, Sagarmatha National Park must not forget to involve the local people from the very beginning and inception of any program or project that is to be considered.

It is now obvious that nature conservation is not possible with local participation. This has been demonstrated clearly in the many failed conservation projects and programs in Nepal and worldwide.

We must use the time we have been given by the coronavirus lockdown to think of a new way of managing tourism in Nepal in general, Solukhumbu in particular – and especially in the fragile Gokyo area if we are to protect this unique natural landscape for posterity:

It is not wise, sustainable or recommended to construct hotels and lodges in one of the world’s finest unspoiled natural areas, without regard to their architectural suitability.

Local lodges along the main destinations are undergoing expansion and refurbishment without proper planning and minimal codes of conduct. To avoid further deterioration, there is an urgent need for building code and the introduction of a permit system for new establishments.

Local participation in the planning and management of protected areas is desirable, a community-based approach to tourism is essential to boosting the local economy and ensures a more equitable distribution of the benefits. Local participation also greatly increases the community’s investment and cooperation with program or project goals.

There should be a regular monitoring system for tourist lodges and facilities and this system must be standardised as per Himalayan National Parks Rules and Regulations. All lodge operators should be given sufficient training in lodge management and related issues.

Establishment of a Lodge Management Committee could provide more democratic and effective control of this local economic activity. Likewise, committees can play a key role in promoting fuel-efficient technologies, proper waste management, fixing and improving menus based upon geographical pricing systems, standardising lodges, promoting improved sanitation and hygiene conditions, as well as the building and maintaining of community trails. This article was first published in Nepali Times