Turtuk was part of Pakistan until 1971, when the Indian army occupied the village during a border war along the Line of Control and never gave it back. 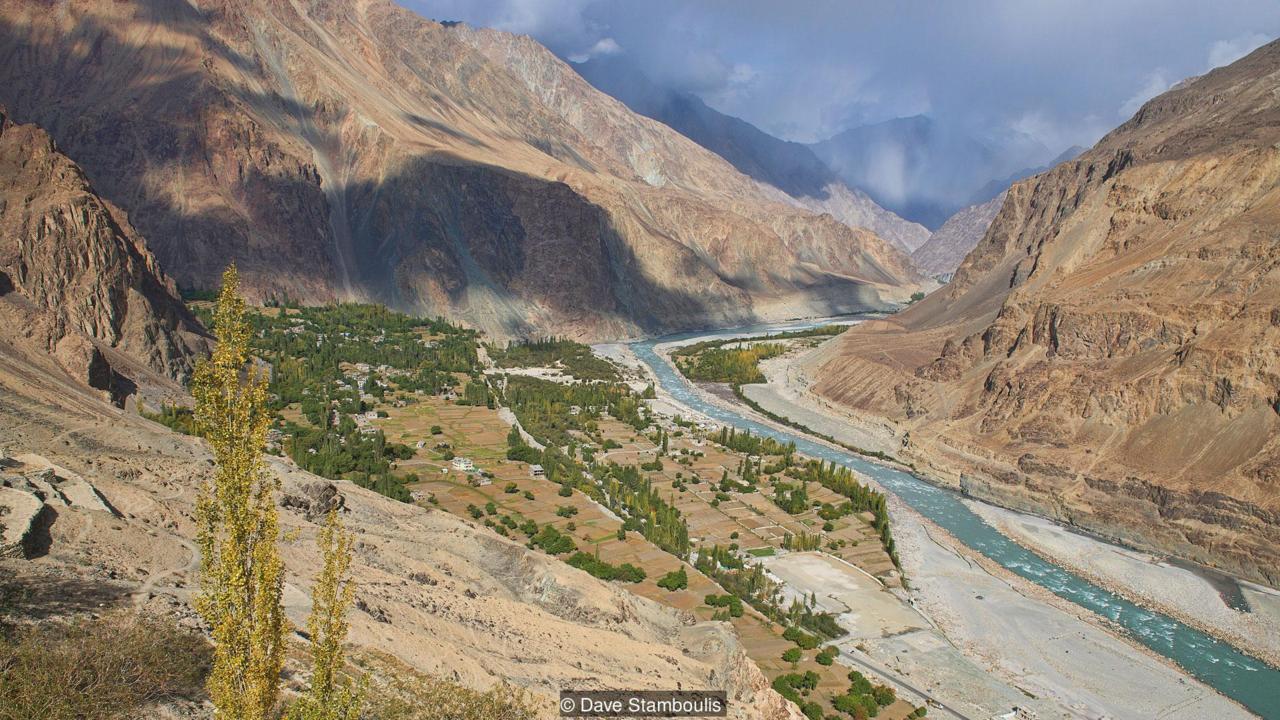 Turtuk is incredibly hard to get to. The small hamlet sits at the far end of Ladakh’s Nubra Valley in far northern India, hemmed in by the Shyok River and the high peaks of the Karakoram mountain range. Surrounded by crumbling rock faces, there is only one road in and out: a bumpy track that crosses over high passes to Leh. Yet perhaps far more interesting than its scenery is sleepy Turtuk’s rather tumultuous history, as it’s a village that lost its country. (Credit: Dave Stamboulis). 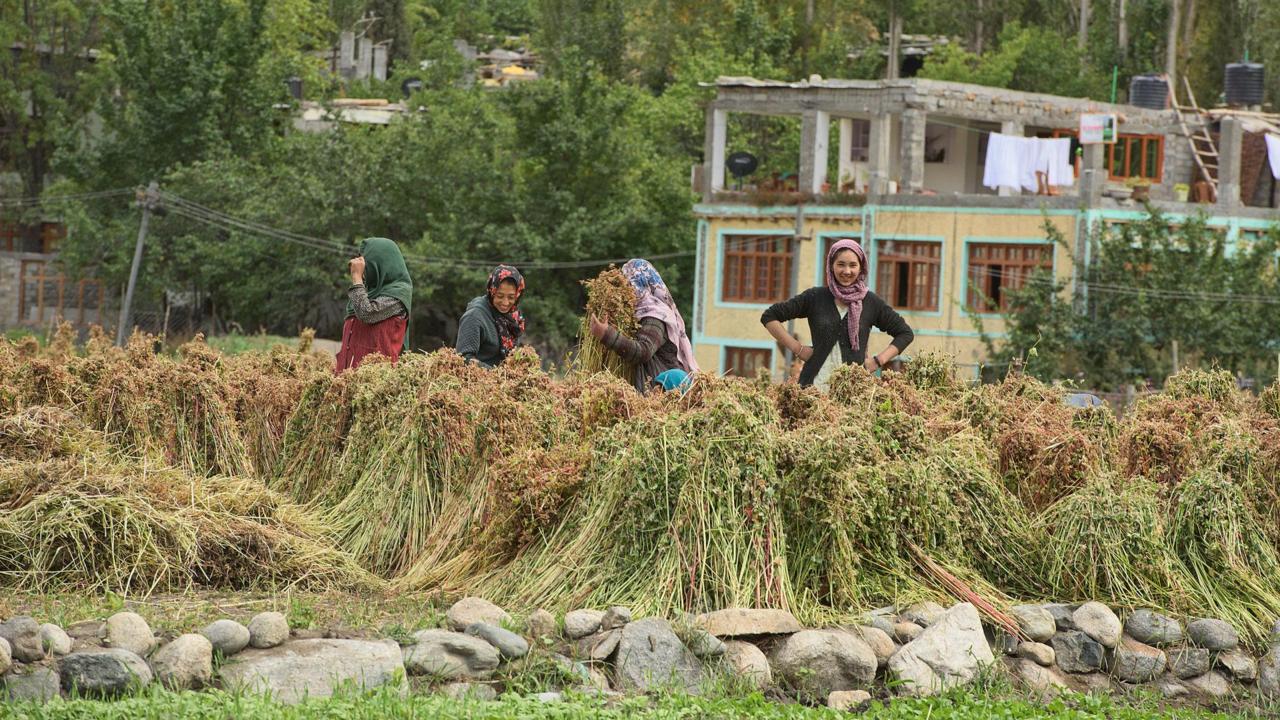 While the rest of Ladakh is Buddhist, inhabited by Ladakhi Tibetans, Turtuk is a Balti village (Baltis are an ethnic group of Tibetan descent who mostly live in Baltistan region of Gilgit-Baltistan, a disputed region administered by Pakistan). Villagers are Noorbakshia Muslims, a Sufi sect of Islam, who speak Balti language), wear shalwar kameez and have far more in common with their kinfolk in Baltistan who are inside the Pakistan border just 6km down the road. In fact Turtuk was part of Baltistan until 1971, when the Indian army occupied it during a border war fought along the Line of Control, a disputed line that runs through some of the highest and harshest mountain scenery on the planet. (Credit: Dave Stamboulis)

Divided by a border

India never returned the village due to concerns over border security. Residents who were out visiting friends or working elsewhere that day in 1971 were never able to return, and for years, India sealed the area and maintained strict control of the region. However, the border area has been calmer over the past decade, and in 2010 Turtuk was opened up to tourism, allowing outsiders to see a unique village and way of life. The Balti residents make the most of the high Karakoram rock walls that surround them, building elaborate stone homes over cobblestone alleys as well as rock irrigation channels to water their crops. (Credit: Dave Stamboulis)

Turtuk is lower than other places in high-altitude Ladakh, set at a mere 2,900m. At this elevation, summers can be extremely hot, and the villagers have made use of their rock surroundings to build natural stone-cooling storage systems, used for storing meat, butter and other perishables during the warm months. Known as ‘nangchung’ in Balti, which means ‘cold house’, these stone bunkers are designed to have gaps that allow cold air flow to pass through, keeping the goods cooler than the outside air temperature. (Credit: Dave Stamboulis) 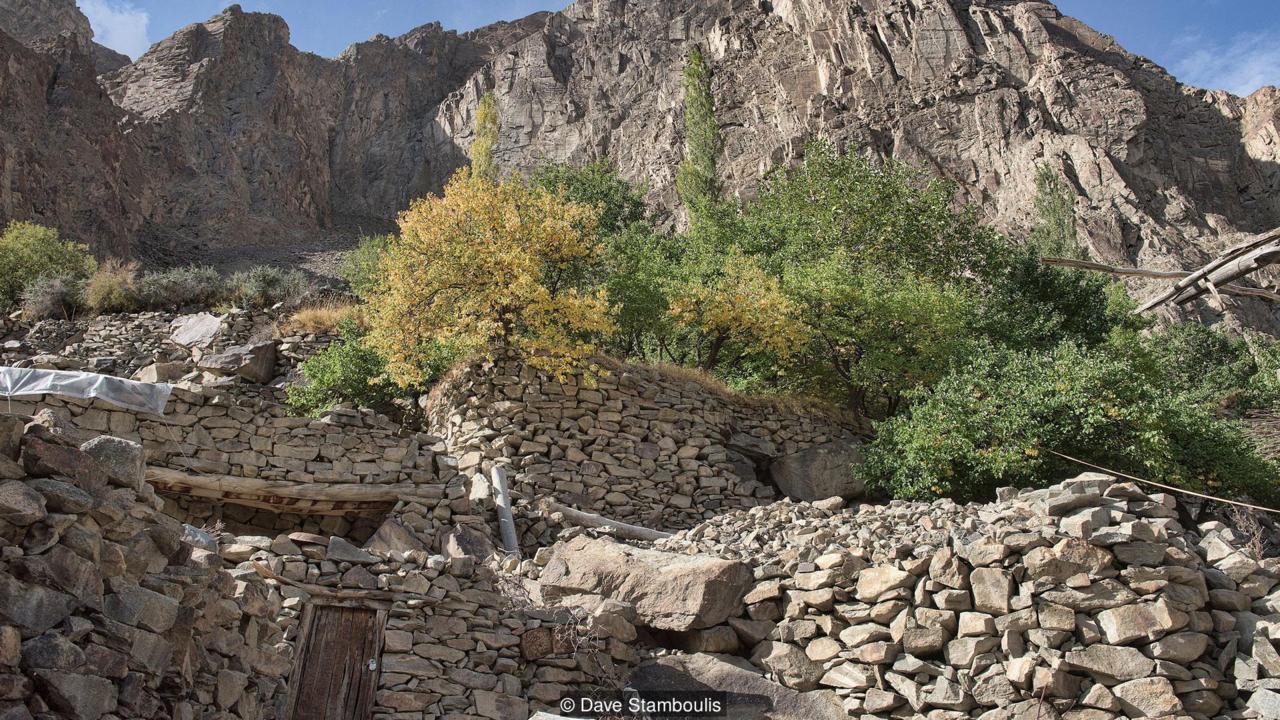 While barley is the region’s staple crop, since it’s one of the only grains that grows at altitude, Turtuk’s relatively lower elevation also allows the Baltis to plant buckwheat. Residents also grow a large proportion of India’s apricots and walnuts, for which the village is famed. The work is labour intensive, and throughout the year the village is a patchwork quilt of planted or harvested fields. It’s an oasis of green in contrast to the barren and brown walls of the Karakorams and river valley. (Credit: Dave Stamboulis) 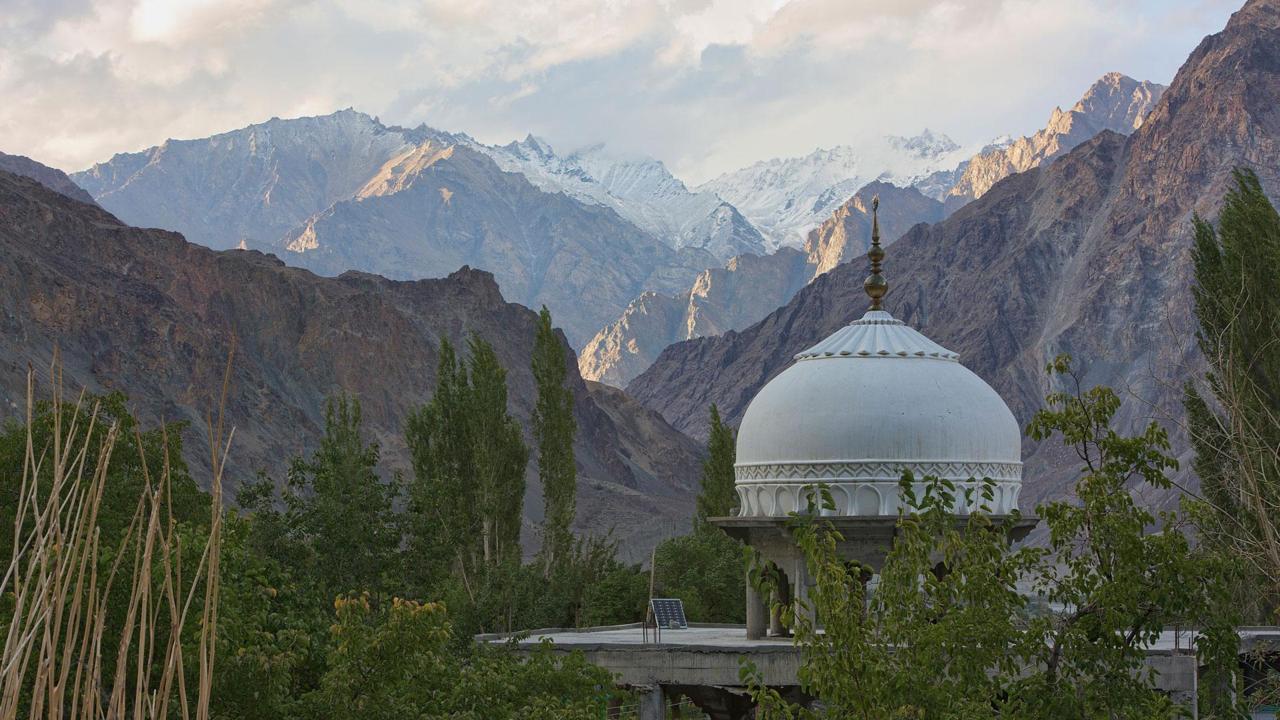 Despite the fact that India and Pakistan are still at odds over Kashmir, life goes on peacefully in Turtuk. Villagers were all issued Indian identity cards and made citizens after the takeover in 1971, and recent efforts to modernise the Nubra Valley, from better roads, health services and transportation, as well as the recent tourism boom, have meant more prosperous times for Turtuk.

However, it doesn’t feel much like India here. The apricot orchards, Noorbakhshi mosques, stone homes and irrigation channels — as well as traditional Balti dishes like kisir (buckwheat bread) topped with yak meat or served with muskat, an apricot and walnut paste; and balay, a soup with large buckwheat noodles — keeps the village culturally faithful to its Balti roots. (Credit: Dave Stamboulis) 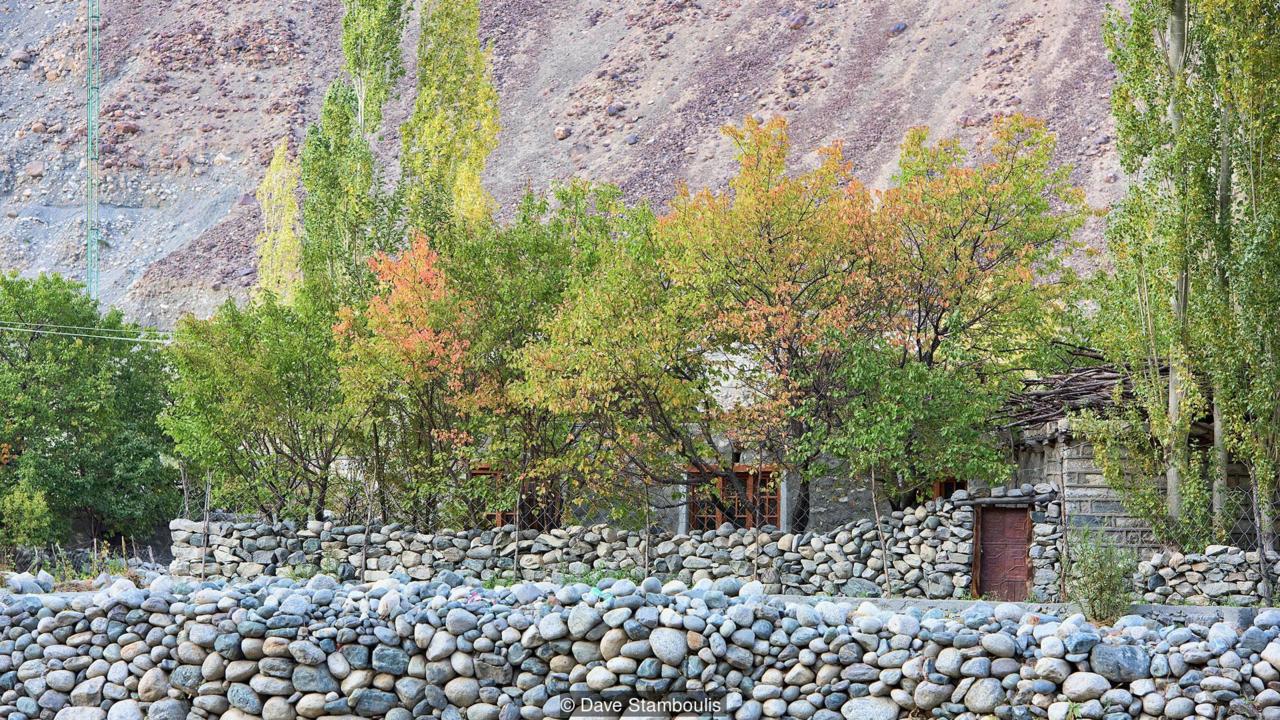 The village is particularly lovely in the autumn, when rows of poplar trees change colour and provide a bright departure from the stony scenery that makes up the landscape. While the Ladakhi villages in the rest of the Nubra Valley also make use of the rock, their creations are nowhere as elaborate and painstakingly built as in Turtuk, and even in a region of earthquakes and landslides, the Balti stone walls stand proud and defiant. (Credit: Dave Stamboulis) 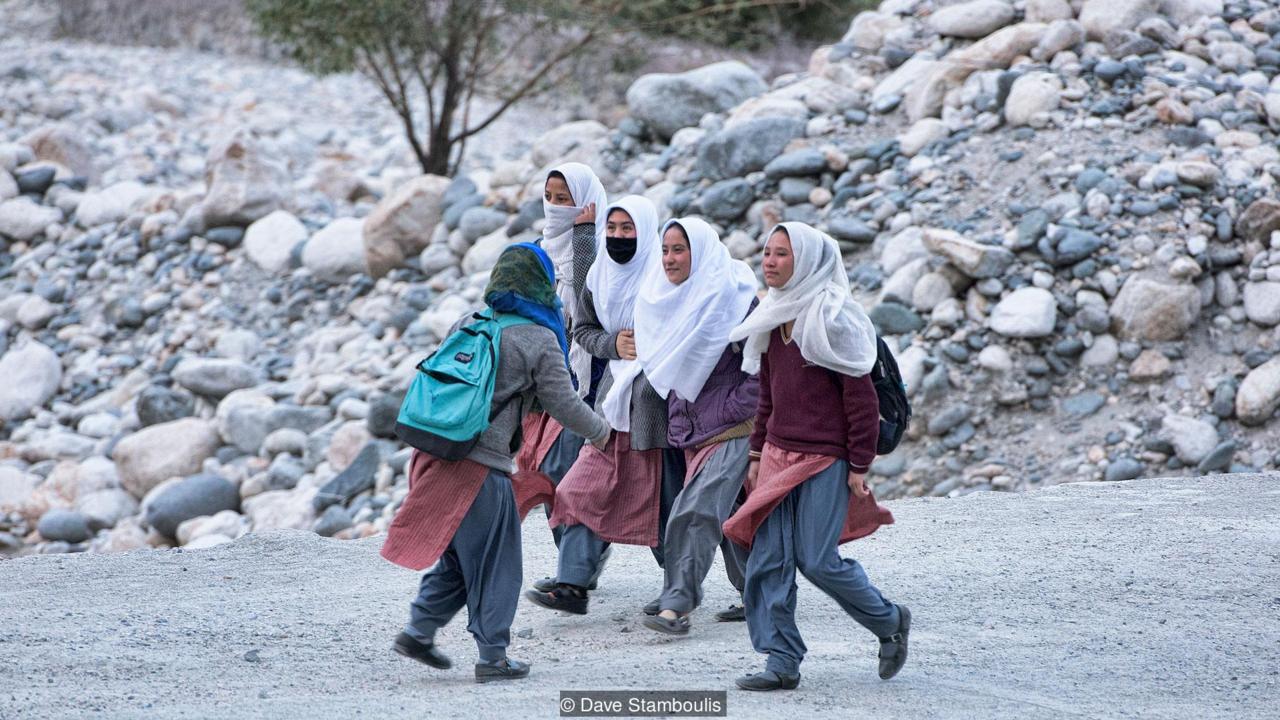 This is a place where the inhabitants have not only learned to live in harmony with their harsh surroundings, but have thrived. Villagers have also remained faithful to their cultural roots despite ‘losing’ their former country — and are now looking to the future as they receive guests from around the world. (Credit: Dave Stamboulis).

This feature was first published in BBC Travel pages, July 31, 2019

Of a lesser God

By Asim Sajjad Akhtar BALOCHISTAN bleeds again. Yet another episode of gruesome brutality …