Two young Pakistanis have been shortlisted for the Commonwealth Youth Awards, according to a press statement issued by the Commonwealth Secretariat.
Jaya Rajwani and Hafiz Usama Tanveer were among 16 innovators, activists and entrepreneurs from 12 Commonwealth countries who were selected by a panel of Pan-Commonwealth judges in each of the award’s four regional categories.

Jaya Rajwani, who is the technical lead for ‘Aurat Raaj’; a social enterprise which creates technology-based products and services to educate girls on health, hygiene and safety, was among the Pakistanis shortlisted for the awards in the Gender Equality category, according to the Commonwealth Secretariat’s press release. 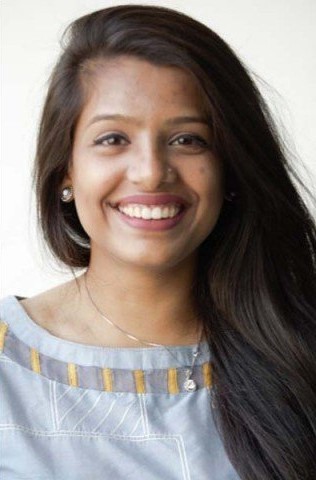 She has led the development of the enterprise’s chatbot, a tool that uses artificial intelligence to provide young girls with accessible and non-judgmental information on reproductive health.

“Jaya’s work has seen the ongoing development of the chat-bot to include local languages and videos while in-school training workshops have helped increase the tool’s reach and impact”, said the press release.

As a dynamic software engineer from NED University, one of the top universities of Karachi, Jaya brings a background in open source technology, machine learning, and natural language processing. Having been a strong advocate for women in technology, she led the IEEE Women in Engineering Student body at her university and initiated several campaigns to encourage women in STEM fields.

Deeply interested in tech for social good and working on projects around data science and civic innovation in Pakistan, she joined Aurat Raaj in 2019 and helped build and improve the AI-powered chatbot Raaji for the reproductive health of girls and women in Pakistan. She has been critical to the organisation in helping measure social impact and learning outcomes through data analytics. Currently, she is leading the development of a data pipeline showcased in the form of a data dashboard.

As a believer in the power of Femtech, Jaya speaks regularly at various tech conferences and mentors women leaders who are using data science for social innovation.

Jaya is an MIT Solver 2019, awarded the Vodafone prize for Women’s innovation and was a finalist for her innovative mapping idea for Microsoft HERE Mapathon 2019. Having been awarded a Fulbright scholarship to major in Machine Learning in the US and with mentors such as Zaki Patel, Adam Haim from National Institute of Mental Health and Asran Rizwan, she dreams of building Pakistan’s first women’s health innovation lab.

Mr Tanveer, the founder of ‘PakVitae’, a social enterprise that produces and supplies water treatment products to provide clean and accessible drinking water to rural communities and refugee camps in Pakistan – was shortlisted in the Clean Water and Sanitation category.

PakVitae has so far reached over 11,000 people including victims of the Kerala flood, Afghan refugee camps and remote schools in rural areas. 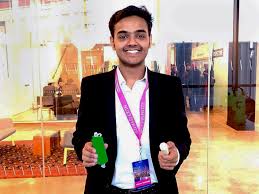 His Global UGrad experience at Florida State University (FSU) enabled him to set up his social venture, PakVitae. Usama has since been working to develop a range of water filtration products to help save lives.

Even before participating in the UGrad program, Usama had been passionate about providing clean water to refugees and underprivileged communities. He, however, lacked the technology to make his idea for a “LifeStraw” inspired water filtration device, accessible. It was during the UGrad program, that Usama took a chemical engineering class and learned the technology he needed to make his “PakStraw” idea cost-effective and accessible. “My Global UGRAD-Pakistan experience is where it all started,” says Usama about his final design for PakStraw. “This program is exceptional in the way it has provided me with an opportunity to connect with and learn leadership skills from some of the world’s best mentors in the business.”

A detailed account of Usama’s journey so far and his future ambitions, please visit this link.

The Commonwealth Youth Awards for Excellence in Development Work celebrate the contribution of young people to achieving global development goals.

The awards presented to Commonwealth citizens aged 15–29, showcase the work of outstanding young people who are leading initiatives ranging from poverty alleviation to peacebuilding.

Each year an outstanding entrant is named Commonwealth Young Person of the Year, with regional awards given for Asia, the Pacific, the Caribbean and Americas, Africa and Europe.

The awards demonstrate to leaders and other policy-makers the importance of young people’s role in development. The awards also serve to inspire other young people to take action in their communities.

Development work can be within any number of areas, such as skills training, arts, and culture, environment protection, education, health and well-being, human rights, technology, sport, science, and many more areas.

This year, the awards received more than 500 entries from 40 countries. Of those shortlisted, the top candidate from each region will be named as a regional winner. One of these four regional winners will become the Commonwealth Young Person of the Year 2020.

All 16 finalists will each receive a trophy, a certificate and £1,000 to expand the scope of their projects.

The regional winners will each earn a trip to London to attend the awards ceremony on 11 March 2020 and will receive £3,000. The overall pan-Commonwealth winner will take home a total of £5,000.
The judging panel included high commissioners, development experts and youth leaders from across the Commonwealth.

The awards recognise outstanding young people whose innovative projects have made a real impact in helping their countries achieve the Sustainable Development Goals (SDGs).

The Commonwealth’s head of social policy development Layne Robinson said: “Their talent paired with tangible solutions sends a strong signal that they should be equal partners in the development agenda, not passive allies.

“With now only 10 years remaining to implement the 2030 Agenda for Sustainable Development, the Commonwealth takes great pleasure in bringing these young people’s invaluable efforts to the global stage so their leadership can inspire others and accelerate meaningful youth participation.”