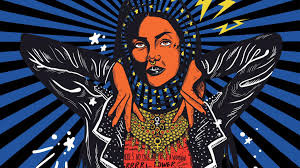 This issue of WWB is concerned with exploring new approaches to Urdu feminist writing. The field of Urdu writing generally, and Urdu feminist writing particularly, is so woefully unknown in English that our most urgent task is to bring attention to extremely important but underrecognized writers. There is simply so much to read and translate that has not been looked at that a certain thematic incoherence is inevitable and perhaps even generative. What is revealed in this collection is true of Urdu feminist writing in general: that it has as many different faces, tones, concerns, and aesthetics as there are ways women have learned to hold one another up.

A dispiriting narrowness has defined canons of Urdu feminist writing from previous decades. These have often been explicitly and narrowly concerned with politically committed writers who were associated with the Progressive Writers Association. Such celebrated writers as Fahmida Riaz, Kishwer Naheed, Ismat Chugtai, and Quratulain Hyder are now synonymous with Urdu feminist writing. However, what constituted “politics” for these writers was often defined rather parsimoniously and keyed to the very specific and deeply felt urgencies of their time. Similarly, questions of what fell under the rubric of gender and sexuality in previous collections of Urdu feminist writing were also broached in particular ways. We admire these contributions but also feel strongly that there are many other styles, subjects, and indeed types of politics in Urdu feminist writing that have never been highlighted before. Furthermore, feminist and progressive political organizing has changed substantially since the eighties and nineties; contemporary movements like Girls at Dhabas, Aurat March, and Women Democratic Front have brought new issues and approaches into the fold of feminist politics and aesthetics in Pakistan. This issue is an attempt to move beyond the established canon and look at less recognized writers and forms of political aesthetic.

Our initial framing of this issue was as a response to Rukhsana Ahmad’s important 1991 anthology of Urdu feminist poets, We Sinful Women. This is perhaps the best-known attempt at creating a canon for Urdu feminist writers in English. Ahmad is clear about her selection criteria: she pairs “feminist struggle” with “political content” and the “progressive tradition,” and considers “a strong commitment to political action” as her primary criterion. This led to the exclusion of significant writers like Parveen Shakir (included in this issue). Ahmad calls Shakir’s work “apolitical, sentimental, and conformist,” even, at times, “anti-feminist.” This understanding of “politics” and “feminism” does not account for the breadth and complexity of feminist literature in Urdu. It feels rather narrow to us now, and our work here is to expand what we understand as feminist writing while also including important writers left out of feminist anthologies because of their sentimentality, experimentation, or seemingly “apolitical” stance.

However, it is important to note that our goal is not to create a new, rival “canon,” but to open up approaches to Urdu feminist writing that will celebrate multiple, noncanonical perspectives. We conceive of this issue as a provisional space for gathering different strains of feminist writing that allow us to engage with the radical instability of categories like “Urdu feminist writing” even as we continue to gain from this writing feminist lessons and weapons for our time.

Rukhsana Ahmad’s constitution of what mattered, what counted, and what must be discounted, discarded, and discontinued from “feminism” obeyed injunctions that flowed from colonial ideas about the temporalities of history, or the facets through which gendering politics must be performed. In its framing, We Sinful Women links feminist struggle to “action” such that “inaction” and “inactivity” become feminism’s “others.” It is against these “others” that the anthology imagines itself and legitimizes itself: these fragile others have been unable to “move up” or “assimilate into” some kind of active principle that has already been naturalized as a legitimate way of doing feminism. An imperialist active/inactive or political/apolitical binary remains intact in Ahmad’s anthology.

We Sinful Women, we find, also periodizes history along a straight line, in a developmentalist mode, with progress staged as a necessary transition from the “traditional” to the “modern”: poets writing in a romantic, religious/Sufi idiom, or those formally working within the ghazal, are marked as “traditional.” These “inactive” subjects are locked within premodernity—locked within the tradition—unable to move into modernity. Tradition becomes cognate with sentimentality, romance, or religion, antithetical to reason, politics, or action.

Another charge leveled by Ahmad is that some works by Urdu women writers are too “feminine” and therefore “not feminist enough”—such language introduces a split between femininity and feminism, placing them in opposition to one another. Such a conceptualization of femininity recodes masculine values, which are always already defined as such within genres of masculinity that are encoded as active or passive in morally driven colonial critiques of South Asia, and recodes action-oriented modes of doing politics, with activity and action as privileged principles or as teleological goods in line with the work of modernity. Nothing else will do. Recall that the Orient, too, was feminized.

Our attempts to include romantic writers, “traditional” poets, surrealist writers, contemporary poets, and Sufi poets, translated and retranslated by feminist and queer writers and poets of our own time, are partly an effort to collapse the colonial and patriarchal binaries described above.

Sascha Akhtar’s translation of the oldest and perhaps most formally experimental text included in this issue, Hijab Imtiaz Ali’s “A New Year For Everyone,” blends genres like memoir and belles-lettres as well as literary traditions as diverse as Persian and British to create something entirely new. Adeeba Shahid Talukder’s sensitive and masterful translation of Parveen Shakir’s poetry makes a home for traditional symbols of Urdu poetry like veils and fireflies in the rhymes and rhythms of English. Yasmeen Hameed’s poem, translated by Mehr Farooqi, offers an important update and gives us a better sense of current feminist poetry in Urdu. Anjuli Raza Kolb’s translation of Sara Shagufta’s poem introduces us to one of the most original and overlooked poets of the Urdu language whose styles and symbols are incomparable to those of any other poet of her generation or before. And Khalida Hussain’s story “Enemy” blurs the boundaries of human and animal, living and dead, in this translation by Haider Shahbaz that emphasizes her characteristic style of narrating hallucinations and body dysmorphia.

Geeta Patel’s brilliant (re)translations of Miraji’s translations of Sappho are an intimate lesson in the movement of lyric and gender, creating moments of queerness in the Urdu language in radical, decolonial ways. The work of Miraji is particularly important to discuss. As Patel’s pioneering scholarship has shown, Miraji writes outside gender, folds the poet’s voice into others, including those of women, writes as a desiring woman, toys with lineages, and turns the idea of what is political on its proverbial head. Miraji marshalls gender and sexuality in his work without necessarily marking them as such—while at the same time being really attuned to the nuances of denigration and dismissal gendered subjects and authors faced. Therefore, it is important for us, as critics and translators, to pay attention to the Sufiana idiom of the work, where zaat, jism, and ruh play out reconfigurations of selfhood.

Importantly, the necessary but always irreducible work of translation orients us toward new idioms within the work itself. We hope that this issue—admittedly, a partial, scattered selection—may allow us to move beyond the exclusionary definitions of Urdu feminist writing that the work of the writers here unmakes. Courtesy: Words Without Borders

Asad Alvi is a Karachi-based writer. His work engages queer studies, Sufism, and translation. His writing has appeared in Kashmir Lit, Dawn, and The Hindu, among others, as well as in We Will be Shelter: An Anthology of Contemporary Feminist Poetry (2014) and Uprooted: An Anthology of Gender and Illness (2016). Newer work is forthcoming in The World that Belongs to Us: An Anthology of Queer Poetry from South Asia (2020).

Amna Chaudhry is a writer and a member of Girls at Dhabas, a South Asian feminist collective. She tweets @amnachaudhry03.

Mehak Faisal Khan is a doctoral candidate in English at UC Berkeley, where she works at the intersections of feminist, queer and postcolonial theory.

Anjuli Fatima Raza Kolb is a poet, translator, and scholar of colonial and postcolonial literature and theory. Her critical book, Terror Epidemics: Islamophobia and the Disease Poetics of Empire, is forthcoming with the University of Chicago Press, and she’s completing a collection of poems after the Urdu poet Iqbal entitled Janaab-e Shikva (Watchqueen). Her poems, translations, essays, and other writings have appeared or are forthcoming in various venues including the Los Angeles Review of Books, Discourse, FENCE, Critical Quarterly, the Boston Review, Peach Magazine, Reality Beach, Public Books, Poetry, Victorian Studies, Triple Canopy, Guernica, and more. She teaches at the University of Toronto and lives in New York City.

Geeta Patel is an associate professor of gender and women’s studies and Middle Eastern and South Asian languages and cultures at the University of Virginia. Her book Lyrical Movements, Historical Hauntings: Gender, Colonialism, and Desire in Miraji’s Urdu Poetry (2002), focusing on a renegade writer, Miraji, reads gender and sexuality in twentieth-century Urdu poetic movements that emerge out of the lyric of loss. She has translated widely from prose and poetry composed in Sanskrit, Urdu, Hindi, Braj, and Awadhi. Her current project, Insuring Selves, Assuring a Future: The Poetics of Finance, on insurance, pensions, transnational capital, rights, and state formations (from 1750–2002) in South Asia, works through gender to grapple with the liaisons between capital, subjectivity, and loss.

Haider Shahbaz has a BA from Yale University and an MFA from the University of Nevada, Las Vegas. He is the translator of Mirza Athar Baig’s Hassan’s State of Affairs (HarperCollins India, 2019). He was the 2016–17 Charles Pick Fellow at the University of East Anglia and received an ALTA Travel Fellowship in 2016 for his translation work. He lives in Lahore.