September 27, 2022
Editor-in-Chief: Farman Ali
Home Features Valley of the boom: Smartphones revolutionize our lives — but at what cost?

Valley of the Boom title

The computer in our hands can do astonishing things, but new studies show just how dramatically they’re distracting us. 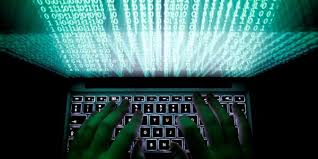 Not long ago, as happens almost every day, I got a Skype call on my smartphone from my dad, who lives in Kolkata, India. My dad is 79 and doesn’t get out very much, having become increasingly housebound. On this day, I was traveling by train from Denmark to Sweden. Speaking to him, I held my phone up against the window, its camera lens facing out. We both took in the view of the Swedish countryside as the train pulled out from Malmo and sped toward Lund. For a brief while, it felt like we were traveling together.

For that moment of connection, and many others like it, my phone deserves my gratitude. But the same device has become a source of relentless distraction in my life, intruding upon my attention with frightening regularity and diminishing my in-person interactions with family and friends. On a visit to Kolkata to see my dad, I found myself reaching for my phone every few minutes in the middle of our conversation to scan my Facebook feed and see if a photo I’d recently posted had garnered any fresh likes. (It had! And comments, too!)

Over the past decade, smartphones have revolutionized our lives in ways that go well beyond how we communicate. Besides calling, texting, and emailing, more than two billion people around the world now use these devices to navigate, to book cab rides, to compare product reviews and prices, to follow the news, to watch movies, to listen to music, to play video games, to memorialize vacations, and, not least of all, to participate in social media.

It’s incontrovertible that smartphone technology has yielded many benefits for society, such as allowing millions of people who lack access to banks to conduct financial transactions, for instance, or enabling rescue workers in a disaster zone to pinpoint precisely where their help is needed most urgently. There are apps available for smartphone users to monitor how much they’re walking during the day and how well they’re sleeping at night. New applications of the technology emerge seemingly daily: Your smartphone can now help you stay on top of your children’s dental hygiene by tracking how long they’re brushing their teeth with their Bluetooth-enabled toothbrushes. (My wife and I decided that this was a bit much.)

These benefits, however, seem to have come at a high cost to our mental and social lives. The constant connectivity and access to information that smartphones offer have made the devices something of a drug for hundreds of millions of users. Scientists are just beginning to research this phenomenon, but their studies suggest that we are becomingly increasingly distracted, spending less time in the real world and being drawn more deeply into the virtual world.

The power they hold over us is glaringly evident in our everyday habits and behaviors. Remembering directions is a thing of the past—we habitually rely on our phones to get anywhere, even to destinations we’ve visited numerous times before. The most compulsive users among us keep our phones within clutching distance at all times, reaching for them even when we wake up in the middle of the night. At airports, on college campuses, at the mall, at the stoplight—at almost any public place you can think of—the most common sight of our time is that of people with bowed heads, looking intently at their phones. If you see someone in a café sipping coffee and staring out the window, it’s less likely that they’re enjoying a quiet moment and more likely that their device has simply run out of charge.

Valley of the Boom

Take a ride on the roller coaster that was the 1990s dot-com boom and crash by tuning in to National Geographic’s six-part miniseries Valley of the Boom, which airs Sundays at 9/8c.

Our use of smartphones has effectively changed the geography of our minds, creating a distractive off-ramp for every thought we might have on our own. “What I’ve seen in the last six to eight years is a massive paradigm shift—much of the attentional resource that we devoted to our personal ecosystem has been shifted to what’s virtual,” says Larry Rosen, an emeritus professor of psychology at California State University in Dominguez Hills and co-author of The Distracted Mind: Ancient Brains in a Hi-Tech World. “That means you are not attending to what’s in front of you. We see this in parenting—you are not focusing on your kids. You’re not even focusing on what you’re watching on television because you’re second-screening. It’s affecting every aspect of our lives, and sadly, I don’t think the pendulum has swung as far as it will go.”

Researchers have begun documenting the impact of smartphones on our ability to focus. In one study, Adrian Ward, a psychologist at the University of Texas at Austin, and his colleagues gave 800 participants two challenging mental tasks—solving a math problem while memorizing a random sequence of letters and selecting an image out of a few options to complete a visual pattern. Some participants were asked to leave their smartphones in another room while others were allowed to keep their smartphones in their pockets. Still other participants kept their smartphones on a desk in front of them. Although the phones played no role in the tasks, how accessible the phones were had an effect on how well the participants were able to perform them. Those who had left their phones in another room fared the best. Those with the phones placed in front of them did the worst. But even those who had tucked their phones in their pockets were found to have diminished cognitive capacity.

Valley of the BoomResearchers worry that addiction to smartphones could dull the ability of young users to read and comprehend texts, which in turn could have adverse impacts on their critical thinking. These concerns are based on the results of studies such as one conducted by psychologist Anne Mangen and her colleagues at the University of Stavanger in Norway. They divided 72 students in the 10th grade into two groups, asking one group to read two texts on paper and the other to read the same texts as PDFs on a screen. The print readers did much better on a reading comprehension test than the digital readers.

Another study, conducted at the University of British Columbia, lends support to what many of us have concluded from first-hand experience: Smartphone use can adversely affect social interactions in the real world. The researchers, led by Ryan Dwyer, a doctoral student in psychology, asked more than 300 participants to have a meal at a restaurant with friends or family, instructing some to keep their phones on the table and others to put their phones away. Those who had their phones in front of them reported feeling more distracted during the conversation and enjoyed the meal less than the others.

“When people had access to their phones, they were also more bored, which is not what we were expecting,” Dwyer says. Having your phone on the table while dining, he adds, is “probably not going to ruin your meal, but it could chip away at your enjoyment.” The toll exacted by this phenomenon on close family relationships is easy to extrapolate.

The reason why it’s become so hard for us to set aside our phones, even at mealtimes, isn’t hard to understand. “It’s well known that if you want to keep a person dialed into something, give them a reward at variable times,” explains Ethan Kross, a psychologist at the University of Michigan in Ann Arbor. “Turns out, that’s exactly what email or social media does—you don’t know when you’ll get another like or receive your next email, and so we keep checking.”

Our compulsivity seems to be getting worse, according to a study by Rosen and his colleagues in which they’ve been keeping track of smartphone use by high school students and young adults. Using apps that count the number of times a phone gets unlocked, the researchers found that participants had gone from unlocking their phones about 56 times a day in 2016 to 73 times a day in 2018. “That’s a huge increase,” Rosen says.

Some of the blame lies with notifications, which can be turned off. Another factor is “the anxieties that are in your head,” Rosen says, and these too can be addressed with efforts like mindfulness and meditation. A third and more insidious factor, according to Rosen, is the way technology companies have “carefully orchestrated their apps and their websites to get your eyeballs there, to keep them there and to keep them coming back.”

Responding to these criticisms, phone makers have developed apps to help users monitor their phone screen time. But it’s unclear if apps like Apple’s Screen Time and Google Android’s Digital Well Being will help users curtail the time they spend on their phones. In a study of high school seniors, Rosen and his team found that the study participants did check screen time monitoring apps occasionally and did learn that they’d been spending more time on their phones than they’d thought. But they determined that about half of them made no changes to their behavior. (The researchers are following up to find out what changes the others made.)

Rosen admits to being hooked himself. As a news junkie, he’s constantly opening up Apple News on his phone. “Most of the time, there’s nothing new, but every once in a while, a new story shows up, giving me a positive reinforcement to do it more often,” he says.

Learning to live with the technology without surrendering to it may be one of the biggest challenges we face in the digital era. “We are playing catch-up,” says Kross, who describes the experiential universe opened up by smartphones as a new ecosystem that we’re still adapting to. “There are helpful or harmful ways of navigating the offline world, and the same is true of the digital world.”

This feature was first published in the National Geographic magazine, January 25, 2019.