Grievances are the most important factor of vulnerability of Kyrgystan youth to radicalisation, says a new research study.

Youth occupies a special place in radicalisation processes, says the study, titled: “Vulnerability and Resilience of Young People in Kyrgyzstan to Radicalization, Violence and Extremism: Analysis Across Five Domains”

The authors — Emil Nasritdinov, Zarina Urmanbetova, Kanatbek Murzakhalilov, Mametbek Myrzabaev — of the Research Institute for Islamic Studies, Bishkek, have explored vulnerability and resilience factors through a study that covered more than 1,050 respondents (below 29 years age) in all seven oblasts (regions) of Kyrgyzstan. Analysis of was conducted in five domains of young people’s lives connected to radicalisation: grievances, politics, religion, socialisation, and psychology.

The results of the research show that radicalisation in Kyrgyzstan is a very complex phenomenon connected to many aspects of young people’s lives: each domain produces a unique connection to radicalisation and there are many connections across domains. All chapters in the report including the literature review, empirical analysis, conclusions, recommendations, and this executive summary are structured around the discussion of the five domains. 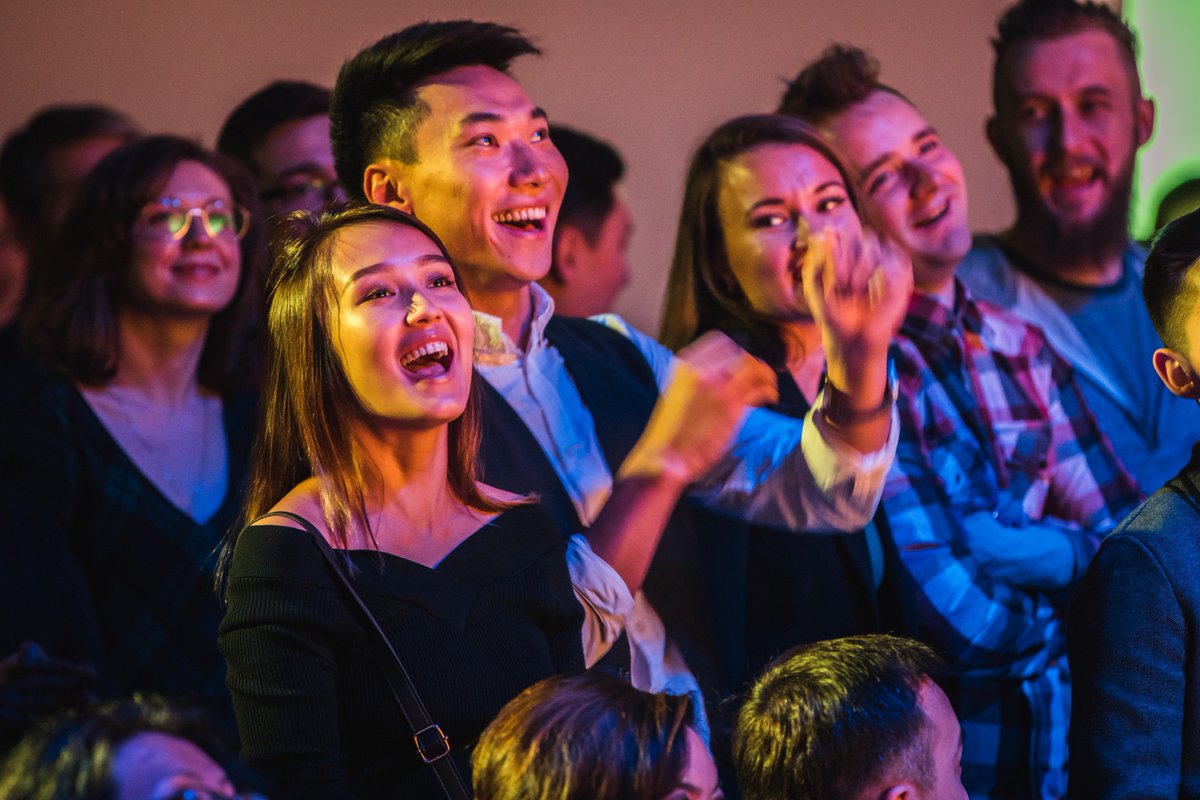 This is even reflected in the names of some terrorist groups: Taliban means “students” and Al-Shabab means “young men”. In Central Asia, as in many other places around the world, today’s young people are politically and economically disenfranchised: the older generation holds all major positions of power, while young people lack the ability to participate in decision-making, have little trust in state institutions, and struggle to find jobs and obtain quality education. Feeling excluded, some young people become more open to radical ways of struggling against established institutions.

Young people represent the social group with the highest protest potential. For example, students were historically the most active protesters across the globe. In addition, at this stage in life, young people are asking themselves questions about their personal and moral identity, and their “cognitive and moral openings” are potential channels for absorbing radical ideas. All these factors explain why young people are among the most vulnerable to engagement with various radical, extremist, and terrorist organizations.

Radicalism often affects unstable societies in transition, like Kyrgyzstan, and leads to their further destabilization. If the government fails to neutralize it, radicalism may evolve into extremism and terrorism. Yet the question of youth radicalization remains significantly understudied.

They grow up seeing a lot of social and state injustice and very high levels of corruption around them. They name corruption and low morals as the biggest problems facing Kyrgyz society. To the question “Do you see our state as just?” 56% answered in the negative. Respondents provided various explanations for this.

Young people see state institutions and actors as predatory agents who use their privileged positions to make money from the rest of society. The theme of corruption and state predation forms the core of many young people’s radical ideas. Members of radical organizations can exploit such perceptions to recruit young people by promising them the just Islamic alternative.

They report higher degree of injustice and discrimination against practicing Muslims, particularly from police. For young women, this is often related to their Islamic attire. Nonetheless, young people believe that religious freedom and the conditions of the Muslim population in Kyrgyzstan are better than they are in the neighboring Central Asian countries, Russia, Western countries, and China.

Young people’s interest in politics is very low. This is mostly because they have very limited opportunities to participate in formal politics. Instead, young people are active in more informal groups and movements.

Their political views are becoming more and more connected to their religious views. Nearly one-third of survey respondents would support a more religious candidate and even the introduction of sharia law to replace the constitution. Young people also have a very high degree of trust in religious organizations, higher than in the state and international organizations.

When young people evaluate the influence of major geopolitical actors on the situation in Kyrgyzstan and the Middle East, we observe a clear bifurcation: they have a positive view of Russia, Turkey and Saudi Arabia, and a negative view of USA, EU and Iran. Very few young people believe in the conspiracy that the West seeks to dominate Muslim lands.

An increasing number of young people practice religion. Most young people do not align themselves with any specific religious groups, but of those who do, the largest group sympathizes with Tablighi Jamaat. Three Turkish groups (Khizmet, Nurjular, and Sulaimanchiler) and Salafis are less popular. Young people who sympathize with Salafis and Sulaimanchiler are the most vulnerable to radicalization, while those who sympathize with Khizmet and Nurjular are the most resilient. Tablighi Jamaat sympathizers are in the middle.

Books, family members, religious scholars, and local imams are the most popular sources of information about religion. They are also the safest—they make young people more resilient to radicalization. Young people want to learn more about religion and the most preferable way is through live communication with religious specialists and scholars who can engage them in an open discussion. By contrast, more depersonalized sources, such as the Internet, make people more vulnerable. Easily accessible from anywhere in Kyrgyzstan via mobile devices, it was the main channel through which some of our more radically minded interlocutors obtained information that interested them.

The poor quality of both religious and secular education is a negative factor. Better educational opportunities, which contribute to stronger critical and analytical thinking abilities and to greater religious and ethnic tolerance, would strengthen young people’s resilience to radical ideas.

Parents and family members are the main sources of authority for young people. Young people who are more likely to feel lonely/isolated, have fewer friends, and have more conflicts are more vulnerable to radicalization.

In the past, the Soviet administration paid special attention to building physical and social infrastructure to enable young people to use their free time in a meaningful and productive manner. Sport clubs, interest-based clubs, “houses of culture”, etc., were an important part of almost any settlement in the country. Schools engaged actively with students, offering them opportunities for learning and socializing outside class. Today, with the exception of some large cities, most of that infrastructure has collapsed or deteriorated and children are left to themselves and to the streets.

Young people connected to criminal networks score higher on vulnerability. Belonging to a criminal group or engaging in petty criminal activity is seen as one of the easiest paths to radicalization and extremism, because it already implies violence. This is particularly common in Talas oblast, where criminal groups have more influence. Children can become radicalized not only as members, but also as victims of certain criminal activities. For example, many young people in urban locations are regularly exposed to extortion and racketeering by elder children, many of whom are connected to criminal groups. Young people who are regularly abused and beaten as a part of this money collection practice can be very vulnerable to engagement with criminal radical groups in search of social justice.

Sadly, nearly one-third of young people believe that they should not make friends with representatives of other religions. The attitude to other faiths is quite positive, but the attitude toward people who convert from Islam to Christianity is negative.

The average level of life satisfaction is 68% and the average level of aggression is 22%. These figures are not seen as problematic. Young people who score low on life satisfaction and high on aggression are more vulnerable to radicalization. Many experts and stakeholders mentioned psychological complications and an unhealthy family atmosphere as causes of vulnerability. The families where informants with radical experience grew up can also be seen as somewhat dysfunctional.

Income did not have any significant correlation with vulnerability in the survey. This might be because income is a sensitive question and not all participants answered honestly. More insights came from interviews and focus groups. Poverty and harsh economic conditions, where children grow up seeing the misery of such basic limitations as shortages of drinking water and of calories and vitamins for healthy physical development, make people more vulnerable. Over the quarter-century since the collapse of the Soviet Union, the government has failed to provide employment opportunities, particularly in the more remote regions of Kyrgyzstan. Lack of employment also implies unhappiness and plenty of idle time; members of radical groups can successfully exploit both to recruit young people.

Location proves to be a very important factor. Generally speaking, young people in the Southern oblasts of the country are more vulnerable than young people in the North. The two most vulnerable locations are Batken oblast and Osh city. Both have very complex/problematic interethnic relations and a history of conflicts. Naryn and Issyk-Kul oblasts are two most resilient locations.

Occupation is important only for one category—college students score high on vulnerability.

Labor migration can contribute to radicalization in both direct and indirect ways: some young people can become more radical during their own labor migration experience in Russia, while other children are affected by the absence of their parents who are labor migrants in Russia, with the lack of control, moral support, and guidance that this implies.

Contrary to the claims of Kyrgyzstan’s state security services, ethnic minorities are not more vulnerable than ethnic Kyrgyz, quite the contrary.

Looking at these factors of vulnerability and resilience to radicalization in various domains, we come to two final conclusions. First, we see that each domain produces its own unique connection to radicalization, and while some domains might be more important than others, none of these domains can be ignored. Second, while we look at all domains individually, we also see how several domains are interconnected. Thus, we cannot single out one or another domain; instead, we should see radicalization as a very complex phenomenon that is connected to many aspects of young people’s lives.