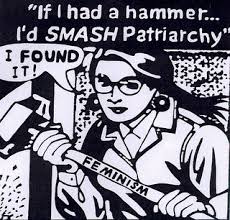 Islamabad: Civil society and women rights activists have condemned a resolution passed by the lower house of the parliament supporting capital punishment for those involved in sexual abuse.

“We at Women Democratic Front condemn National Assembly’s resolution on #HangRapistsPublicly,” the socialist feminist movement said in a statement posted on its official Facebook page.

Sexual barbarism is undoubtedly widespread, but reactionary/stone age punishment is no solution.

The “resolution” presented by PTI Minister of State for Parliamentary Affairs Ali Muhammad Khan is more of a media strategy to distract public opinion and criticism on governance issues. We don’t mean at all that patriarchal violence and sexual barbarism is not a key issue, but this solution is a joke!!

Rape is widespread in Pakistan, so should we hang half of the male population? Technically speaking, in addition to young boys and girls who face sexual attacks and rape, 21% of girls suffer from child marriage, which is statutory rape. The number of rapists is in millions!

“Given the fact that #AuratAzadiMarch2020 is approaching, we see NA’s resolution as an attempt to set the stage for bailing out the government, as PTI has shelved all gender-related bills during last year.

PTI’s resolution is tantamount to a conspiracy to get away with gender-agenda of the government, and silencing upcoming #AuratAzadiMarch2020 by the rising feminist movement.