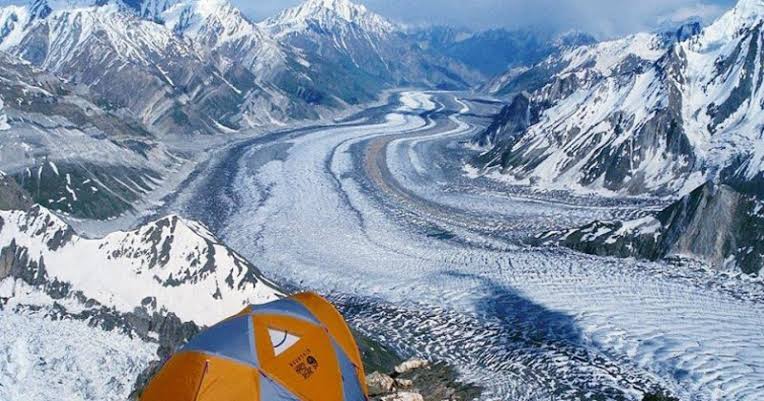 Polish climbers team terminate expedition even before reaching the base camp

PASSU: The Polish climbers have called off their winter expedition to summit Batura 1 through the challenging route in the westernmost sub-range of the Karakoram Range in Gojal, Hunza District.

The eight-member team, led by noted climber Rafael Fronia, and comprised of 22 local high porters had reached near the base camp. However, they terminated the plan to attempt the peak, perhaps due to heavy snowfall.

The team had arrived at Passu on January 17 amid unprecedented snowfall to attempt the peak through the route previously attempted by the German-Austro group in 1954.

Known as ‘Batura wall’ a huge ice wall notable for being a 10km long and imposing ridge is a backbone spreading from Shisper glacier in Hunza to the Wakhan corridor between the Hindu Kush and Batura-Muztagh range.

Batura 1 is a ridge-like peak, and not a pointed spire. Although it is slightly higher than nearby Rakaposhi, it is not as famous and seen little climbing activity.

The mountain has never been conquered in winter.

In 1954 an Astro- German expedition team made an attempt to summit the peak, but the incessant snowfall for three consecutive days stranded them just beneath the summit. Their leading climber fellow Heckler died and his other comrades called off the plan.

The first successful ascent of the peak was made by a three-member team of the Göppingen Karakoram-Himalaya Expedition, led by Dr Alexander Schlee with Hubert Bleicher and Herbert Oberhofer as its members on June 30, 1976.

Three famous peaks — Shisper, Passu, and Batura — are standing on the ridges of the thick ice wall.

The famous Batura glacier — one of the longest glaciers outside the Polar Regions flowing 57km west to east — and other glaciers like Hassanabad, Ulter, Gulmit, Hussaini-Ghulkin, Passu, and Yishkuk in Chipurson originate from the high ice wall. The main Batura glacier produces a large quantity of water to replenish the Hunza River that drops in the Indus at the confluence of the three mountain ranges near Jaglot, 30km off Gilgit.

It was the first survey by a surveyor from the Netherland in 1925. Several unknown peaks were identified by the European mountaineers and glaciologists.

A team of Italian mountain and glacier experts made meticulous and painstaking scientific research survey almost of the region and Batura glacier.

The Chinese glaciologists led by Wang did research to study the movement of the glacier and its impact on the region.

The survey spanning over 10 years attracted the mountaineers and trekkers to traverse the mountains and peaks of Batura, Passu (7,275m) and Shisper (7,611m).

Shisper peak is more visible from the KKH of Passu village. Below the Shisper peak, the Passu Glacier looks a transparent ice sheet stunning the visitors.

Many botched attempts have been made to summit the famous Batura I from the Passu side. But the route is a formidable challenge for them.

Ali Qurban is a Wakhi language poet, researcher as well as language and social activist.