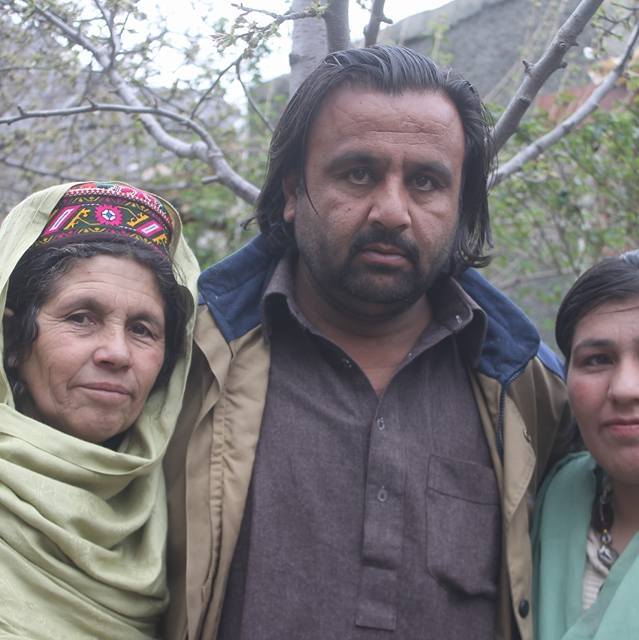 Family members of Baba Jan, a political prisoner serving a life term at Damas jail in Ghizer District of Gilgit-Baltistan, have complained against new restrictions on the prisoner, drawing criticism from his comrades, human rights activists, and supporters.

However, when contacted for a response on the letter, Gilgit-Baltistan spokesperson Faizullah Faraq told The High Asia Herald that it has come to the knowledge of the CM through social media but he had not yet received any such letter from Baba Jan.

“It is the responsibility of the provincial government to provide Baba Jan with all jail facilities,” he said.

Regarding Baba Jan’s health, the spokesperson said we will look into it and direct a doctor to go to jail again and recheck him.

Steps will be taken to ensure the food that Baba Jan needs as per his health requirement, Mr Faraq assured.

In an open letter Shagufat Khanum, one of the sisters of Baba Jan, has appealed to Gilgit-Baltistan’s Chief Minister Hafeezur Rehman to take notice of the “inappropriate” conduct of the jail authorities.

“I am not being allowed to visit my brother in jail, on the grounds which I find unjustifiable,” she claimed to elaborate the new developments.

According to Ms Khanum, on Saturday, (March 14) being the official designated day, she reached Damas jail in Ghizer District after travelling from Hunza for seven hours to meet her brother. However, she was not allowed.

“I was told that visitors are not allowed to protect the prisoners from coronavirus.” 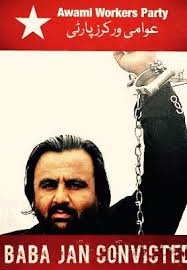 The GB government spokesperson also confirmed this saying the government has banned meeting the prisoners for two weeks because of novel coronavirus.

He, however, clarified that the government will ask the jail authorities if Baba Jan had not been allowed to meet his family.

But Ms Khanum termed this plea unjustifiable as, according to her, inmates and visitors are being allowed to move in and out of the prison as usual. There is no process or mechanism in place for screening the visitors and to keep them from coming into contact with prisoners.

She also alleged that her brother is not being provided with sufficient and proper food in violation of the jail manual and fundamental rights. He is being forced to survive on bread and water.

The latest move seems to be part of the coercive tactics to torture him physically and psychologically. He is already suffering from multiple ailments since 2018.

Despite several protests by human rights and political activists throughout Pakistan as well as family members for shifting of Baba Jan to Islamabad or any other city for proper medical checkup, the GB authorities and the government seems not ready to do so.

Baba Jan and 14 other youth activists are serving life imprisonment after convicted by the Anti-Terrorism Court in 2011 which was upheld by the Supreme Appellate Court in 2015 in the Hunza riots case.

His appeal for review of the conviction is currently pending for hearing in the Supreme Appellate Court, Gilgit.

She has urged the Chief Minister to direct the jail authorities to ensure the provision of his constitutional rights, including visitation, food, and healthcare and stop all kinds of psychological and physical torture.

Ms Khanum also urged the CM to seek an explanation from the jail officials for the mistreatment of Baba Jan.

Meanwhile, Baba Jan’s party leaders including Akhtar Hussain Advocate, Akhtar Amin, Ikram Jamal, Wajid, Akhund Bai, Asif Sakhi, and others have also expressed concern at his health which is reportedly deteriorating and the inhuman treatment of the jail officials by not allowing family members and friends to meet him.

They said that Baba Jan needs a special meal because of uric acid and cardiac problems.

They warned the jail authorities and the provincial government of consequences if anything happened to their leader.

They demanded the immediate release of Jan and 14 others who have been languishing in jail for nine years.

According to sources, Baba Jan was allowed to visit his family members on one day parole and to offer condolences on the death of his aunt and uncle.