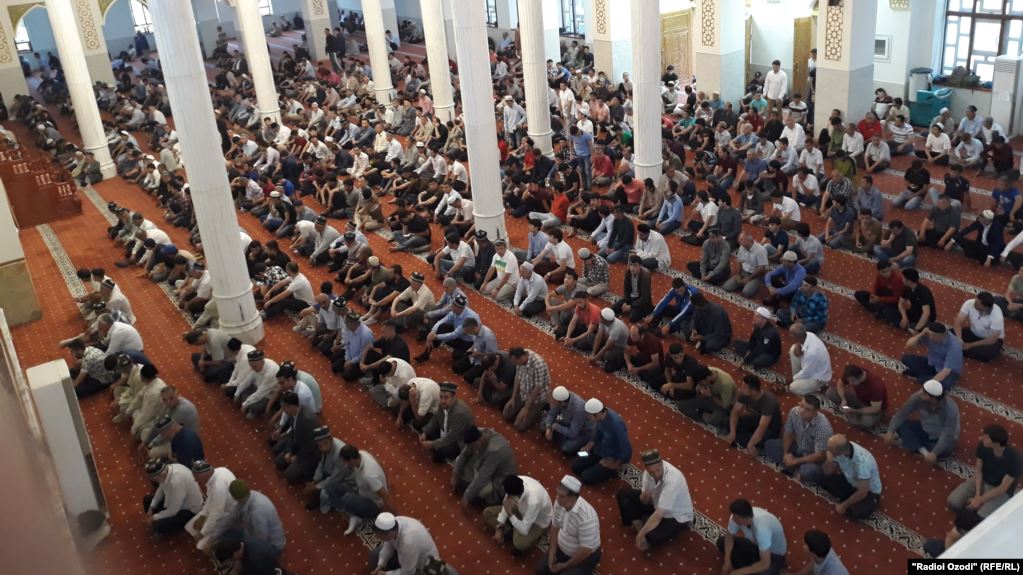 Critics accuse the Tajik authorities of exploiting the state’s campaign against extremism and terrorism to clamp down on religious groups and individuals critical of government policies.

At least 27 suspected followers of the banned Muslim Brotherhood movement have been detained in several different regions of Tajikistan in recent days, says media reports. However, authorities have been silent about reports of the detention of

Law enforcement agency sources told RFE/RL the suspects were detained in dozens of raids as Tajik authorities uncovered an alleged Muslim Brotherhood cell operating in the capital, Dushanbe, as well as in the Sughd and Khatlon provinces.

Several relatives of the detainees — which reportedly include university professors, imams, and government officials — said on January 7 they had had no contact with their loved ones since they were taken away and didn’t know whether they have been charged with a crime or provided with access to a lawyer.

The government hasn’t commented about any raids or detentions, while officials who were approached by RFE/RL have mostly declined to comment.

Interior Ministry spokesman Nusratullo Mahmadzoda said on January 7 there had not been any recent arrests of suspected Muslim Brotherhood members.

“We don’t have any ongoing investigation regarding this matter,” he added.

It’s not uncommon for officials in the tightly controlled Central Asian country to withhold information from the media.

Police sources within the Interior Ministry, however, have told RFE/RL’s Tajik Service that there have been many detentions, including at least one relative of Hoji Akbar Turajonzoda, a prominent religious and political figure. The family wouldn’t comment on the matter.

The ministry sources spoke on condition of anonymity, as they were not authorized to speak to the media.

Another suspect detained for his ties to the Muslim Brotherhood was identified as Abdullo Oqilzoda, who had in previous years been active on social media, mostly sharing religious content on Facebook. A religious-school graduate, Oqilzoda hasn’t posted on his known social-media accounts in recent years.

There are also several local government officials, university professors, and imams among the suspects, the sources said.

Firdavs Rahimzoda, the newly appointed head of the State Properties Agency in the northern district of Isfara, was detained recently and transferred to Dushanbe with other suspects, the sources told RFE/RL.

Rahimzoda, 35, had previously worked as the head of the Chorkuh village council.

Relatives of some of the detainees claim security officers also conducted searches of the suspects’ homes.

“Law enforcement officers came to our home and checked everywhere and took away a few religious books we had,” said a man whose son was detained on January 2. “They didn’t tell us anything, but searched everywhere, even the barn.”

The family told RFE/RL that their son, a graduate of the National University, had worked as a schoolteacher.

Another man said that police did not “provide a search warrant” when entering his home, and that two of his brothers were among the detainees.

The families who spoke to RFE/RL all requested anonymity, fearing possible repercussions from officials.

Tajik opposition groups outside the country claim that many dozens of people have either been detained or investigated by security officials during the series of raids in the country against suspected Muslim Brotherhood members.

Predominantly Muslim Tajikistan banned the Muslim Brotherhood as an extremist group in 2006 and it faces a similar ban in Central Asian neighbors Kazakhstan, Turkmenistan, and Uzbekistan. It is not banned in Kyrgyzstan.

It is considered a terrorist organization in Tajikistan, Syria, Egypt, Libya, Saudi Arabia, Bahrain, the United Arab Emirates, and Russia but not in the United States or other Western countries.

In 2016, about 20 imams were arrested in the northern province of Sughd for allegedly being members of the movement. They were accused of receiving funds from abroad and of spreading Muslim Brotherhood ideology in Tajikistan, ultimately seeking to overthrow the secular government in Dushanbe.

Critics accuse the Tajik authorities of exploiting the state’s campaign against extremism and terrorism to clamp down on religious groups and individuals critical of government policies in the authoritarian state.

The Supreme Court declared the opposition Islamic Renaissance Party of Tajikistan (IRPT) a terrorist group in 2015, after several years of pressure on the party and smear campaigns against its officials and members.

The IRPT had previously served in the government and rejects all accusations it is extremist. Many of its leaders have been imprisoned on trumped-up charges while others have fled the country.

What is the pandemic’s true death toll?

Officially, Covid-19 has killed over 4 million people. But it is undercounted and the actu…