‘Most parts of the world are safer than ever before. But a few are probably the most violent that human history has ever seen, says a study. Modern tribes are more violent, and categorize people into four types: bands, tribes, chiefdoms, and states, writes Charlie Sorrel in the Fast Company online magazine.

Humans, it seems, evolved to be violent to one another. Like most of the other primates, we fight and we kill members of our own species, and this behaviour is common and widespread enough that it shows up everywhere throughout our history. But while lethal violence is part of our individual genetic disposition, it is mostly governed by the evolution of our societies and the groups within them.

José María Gómez, of the University of Granada in Spain, has authored a study looking at the evolutionary roots of human violence and has found that it’s one of the things, which defines us. Around 40% of mammals practice lethal violence, and even hamsters and horses “sometimes kill individuals of their own species.” But primates, and especially humans, are the most likely to kill their own.

The study, published in Nature, dug through historical documents and the internet in order to determine the levels of lethal aggression in mammals. It searched across 1,024 mammal species, around 600 human populations, and looked back around 50,000 years, from the Paleolithic period to today. The authors searched on the terms you might expect, as well as related terms like “bushmeat,” “road killing,” and “overhunting.” Evidence including everything from blade-damaged skeletons to statistical yearbooks and deaths caused by war, homicide, manslaughter, infanticide, sacrifice, and cannibalism were all pooled together.

The study found that territorial and social species like us primates are the most violent. So, let’s look at some of the findings. 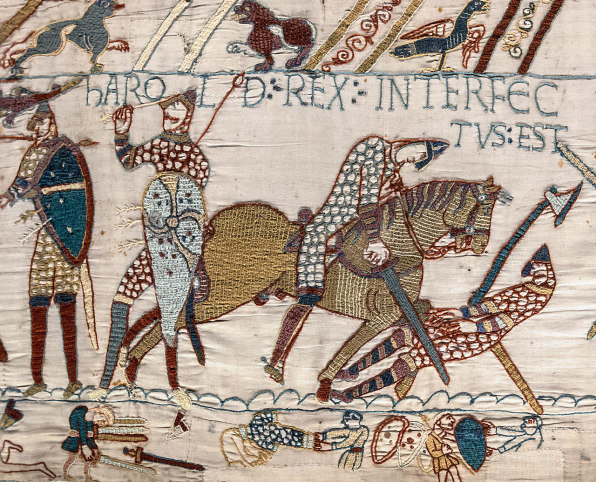 Around 2% of all human deaths have been the result of us killing each other. Whether from a whack over the head with a mammoth’s thigh-bone or a drone strike against a school, a small but persistent number of humans deaths have been at the hands of other humans. The actual percentage has fluctuated throughout our history, but we’ve always killed each other.

Modern tribes are more violent than other groups. The study categorized us into four types: bands, tribes, chiefdoms, and states. In prehistoric times, bands and tribes were no more violent than the general population. “However, lethal violence is common in present-day bands and tribes,” says the report. That’s something of an understatement. If you look at the study’s charts, you’ll see that “contemporary band,” and “contemporary tribes” are among the most violent groups in human history, with up to 15% of deaths in these groups caused by lethal violence. This could be down to more detailed information available today, but it could also be down to denser populations (which somewhat contradicts the findings that population density doesn’t breed violence). 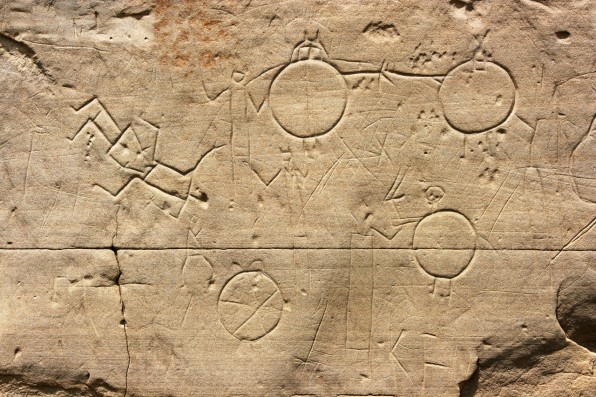 States, on the other hand, experience lower violence than in other groups, for rather depressing reasons: “It is widely acknowledged that monopolization of the legitimate use of violence by the state significantly decreases violence in state societies.”

The most violent time in our history was during the Formative, Classic, and Post-Classic eras. These are the times immediately preceding our modern era, and includes the time of the Roman Empire and the Middle-Ages. More specifically, though, the most violent era was the Post-Classic, which runs from AD 1200 to modern times.

And then things suddenly got better. Today we experience a similar number of deaths from human violence as we did back in prehistoric times–as a percentage, of course. If you look back across history and consider the four different group types chosen by the study, you’ll see that today’s state society is the safest time and place to live ever, safer even than sparsely populated pre-history, where you might get set upon by a marauding band.

The report, then, has good and bad news. Good, in that we are safer than ever before if we live in the right part of the world. Bad, because if you live in a tribal or gang territory, you are experiencing the most danger of violence that human history has ever seen. Good, because we passed through our species’ darkest times within the last few thousand years to come to, overall, our most peaceful era and bad because territorialism, religious intolerance, and the pressures of an ever-growing population threaten to undo this achievement. Courtesy: Fast Company