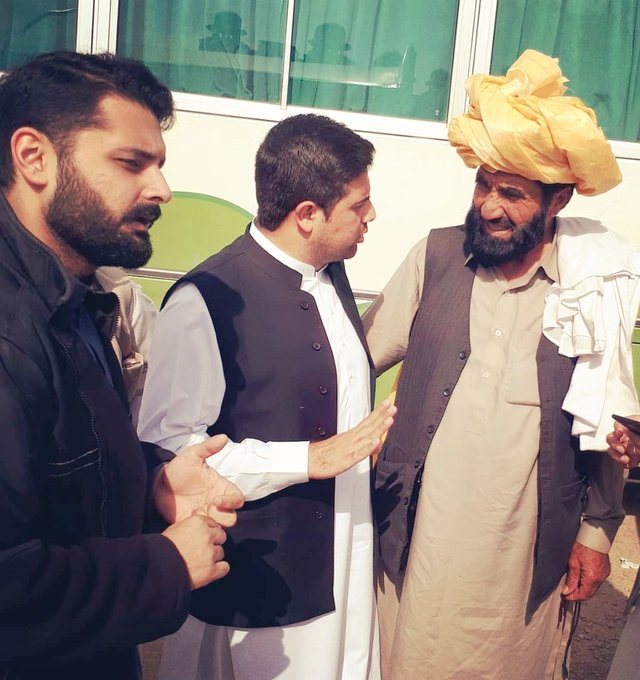 Naqeeebullah Mehsud’s father, Muhammad Khan Mehsud, lost his battle to cancer and the system on Monday morning without seeing justice for his son who was killed in a staged encounter by Rao Anwar in January 2018 in Karachi.

The Sindh High Court had indicted the former Senior Superintendent of Police for his involvement in the murder of Naqeeb along with seventeen others.

Just a few days before his death, Muhammad Khan and his family had requested the SHC to cancel the accused’s bail. That case was to be heard on November 28.

People took to social media to express sympathy and solidarity with the family calling out the state’s ineffectiveness of dealing with the case and urging to carry forward this struggle.

“Khan Muhammad stood like a rock and taken a courageous stand for justice, fought two battles at the same time, one against the accused Rao Anwar in courts and second against cancer, to get justice. Rest in peace. Ameen”, commented Khadija Siddiqui a social media activist on her microblogging message handler twitter.

“Muhammad Khan only wanted to get justice through the proper channels for the illegal killing of his son. Today, when he is buried, so will his work on getting his son’s tragedy the voice it deserves. According to Jibran Nasir, the only way for his struggle to survive is to actively support it now even more than before.

“Father of Naqeeb Mehsud Mohd Khan sb passed away today battling cancer. He was a remarkable man with great resolve, we must carry forward his struggle for justice,” commented the rights defender and social activist.